The Call of Duty League’s inaugural season is drawing to a close with the CDL Playoffs & Champs, but who will play the biggest part in their team’s success?

Activision’s first season running the Call of Duty League has been one to remember. Despite the inherent challenges imposed by ongoing travel restrictions, the season has been one of the most entertaining to-date.

The shift from offline to online play had detrimental effects on some teams, while others thrived within the new conditions. That said, this season has been the most unpredictable in Call of Duty esports history.

It speaks volumes that there is no clear-cut favorite to take the lion’s share of $4.6 million — any team in the league is capable of taking that coveted ring. But, each team has that one player who they’ll be relying on most to bring home the bacon. So we’ve rounded up all the players you’ll want to keep an eye on over the tournament.

Blazt has found his feet, but can LA Guerrillas follow suit?

Despite his squad sitting rock bottom of the CDL’s Regular Season standings, Blazt has been the LA Guerrillas silver lining. As the squad’s Main AR, Blazt has been running rampant with an M4 in-hand towards the backend of the season.

While the remainder of his team have lagged behind in the killing department, Blazt is the only player on the Guerrillas to have a positive kill swing, with a K/D ratio of 1.09. If Blazt and co. want to make a historic Lower Bracket run, Ogresevic will have to step up.

SlasheR has been leading OGLA’s charge, but it hasn’t been enough to earn them a CDL win… Will that change during the most important even of the year?

Since making the switch back to his more familiar AR roots, SlasheR has shown glimpses of his world championship-winning form that led so many to consider him as one of the greatest AR players to touch the sticks.

But after a turbulent year and multiple roster shuffles, OGLA find themselves in the first round of the Lower Bracket against their Los Angeles rivals. Will SlasheR be able to use his veteran experience to ensure OpTic’s newcomers don’t crack under the pressure?

Paris Legion will be relying on KiSMET to go big if they stand a fighting chance of making it to CDL Champs.

Despite being regarded as one of the most versatile SMG players in Call of Duty, KiSMET has had a woeful season by his standards. But after an impressive showing during London Royal Raven’s second Home Series event, Legion find themselves with a glimmer of hope heading into CDL Playoffs.

With that said, KiSMET will be needing to turn things around when it comes to his respawn game modes. Providing that Tinsley can pull something out of the bag, it wouldn’t be surprising to see Legion make a Lower Bracket run.

Slacked has a wealth of experience that his teammates can tap into.

Standing in Legion’s way in the first round of the Lower Bracket, is Slacked and co. On paper, Seattle Surge has one of the most formidable rosters, with a mixture of experience and fresh blood.

But a shaky season rendered Surge joint bottom of the Regular Season standings. Slacked boasts the third-highest average placing at Champs events out of any active players, behind only SlasheR and Dillon ‘Attach’ Price. Will Slacked’s experience shine through and help his squad build some momentum in the Lower Bracket? 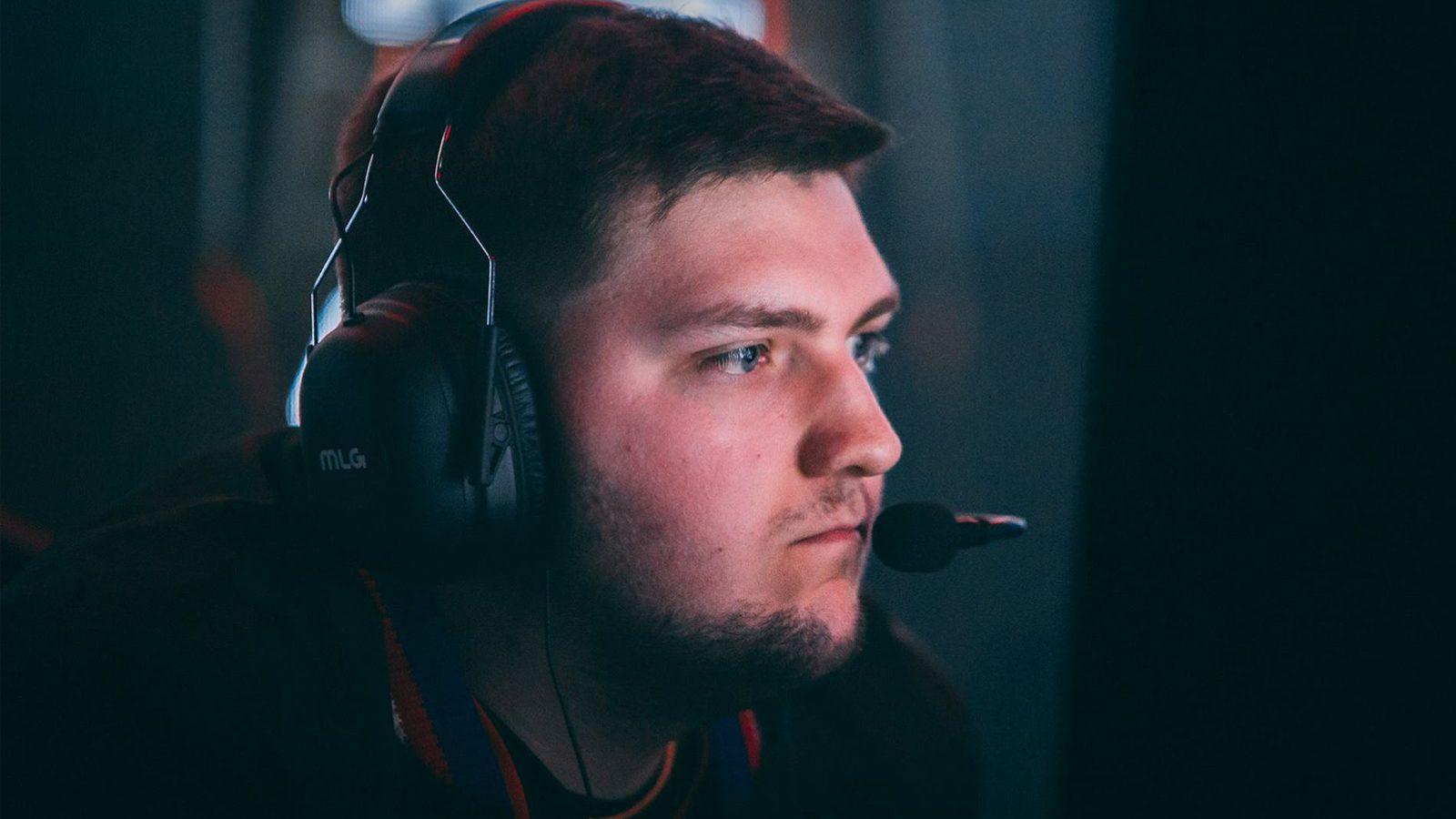 Since transferring from New York Subliners, Zer0 seems to have revitalized the London Royal Ravens out of their mid-season slump. Morris had an immediate impact during his first event at CDL Seattle, where he led Royal Ravens to their first (and only) Grand Final of the season.

Since then, the Brits have crashed out in the Group Stages twice and came short on Championship Sunday during their second Home Series event. Zer0 will be hoping to prove his doubters wrong during CDL Playoffs and prove that his transfer from New York Subliners was worth it.

Cammy was the star of the show at his side’s own Home Series win.

Toronto Ultra shocked everyone when they pulled a Home Series victory out of the bag at the last event of the Regular Season. Cammy was the protagonist that weekend, as the Scot stole the show by clocking out with the most kills (381).

After racking up a slew of mediocre placements, Ultra finally proved that they could dance with the very best, after taking down Huntsmen, Empire and FaZe to defend their Home Series. Providing Cammy and co. can continue from where they left off, Ultra will be dark horses during Playoffs and Champs.

New York Subliners have seen a revival after adding Mack to the starting roster.

Arguably one of the most impactful players in CDL, Mack has literally turned the New York Subliners on its head. Since joining, the Subliners have gone from being a middle of the pack outfit, to being genuine title contenders on their day.

With Kelley fragging out around the objective, the veterans of Attach, Thomas ‘ZooMaa’ Paparatto and Lamar ‘Accuracy’ Abedi have been able to fill in the rest. But with the biggest cash prize in Call of Duty history on offer, will Mack be able to stand tall when it matters the most?

Exceed will looking to fill the shoes of GodRx (right) during the biggest event of the year.

The only glimpse of seeing Exceed in action with RØKKR was during their Home Series event, where the youngster subbed in for Alex ‘Alexx’ Carpenter with a moment’s notice. Other than that, Exceed has remained on the bench for the most part. But now, Stockdale has big shoes to fill going into the biggest event in history.

In a shock move, RØKKR ditched Adam ‘GodRx’ Brown at the end of the Regular Season — a player who at times looked unstoppable. So all eyes will fall onto Exceed to see if he can come into his own on the biggest of stages.

Arcitys’ will be looking to add another ring to his collection.

Coming off the back of an unbelievable season during Black Ops 4, Arcitys was tipped to be one of the most lethal ARs going into Modern Warfare. But after adopting a Flex role for the Huntsmen, Sanderson appeared to have a tough time adjusting to the SMG-dominant meta at first.

After finding his groove towards the latter portions of the season, Arcitys looks to be hitting form at the perfect time. With the Huntsmen on a first-round bye, they’ll meet the winners of Subliners vs RØKKR in the Upper Bracket — and Arcitys will be looking to hit the ground running in his bid to secure back-to-back world championships.

Since adding Owakening, Florida Mutineers have been looked unstoppable at times.

There’s no denying Owakening’s impact on Florida Mutineers this season. Since replacing Chance ‘Maux’ Moncivaez, the 19-year-old has been running circles around the rest of the league — posting numbers that most would be proud of in a public lobby!

Now in with a shot of earning ‘Rookie of the Year,’ Owakening needs to prove himself on the biggest of stages to solidify his name as one of this season’s best. But given that Conley won’t have to contend with the pressures of LAN, he’ll be hoping to take his Regular Season form right through into Playoffs.

Shotzzy seems to be improving as the season progresses, but can he keep it up going into CDL Playoffs?

The former Halo pro knows exactly what it takes to win a world championship. Despite a rocky start to the season, Shotzzy managed to step up to the plate and prove that he can mix it with the very best.

His movement is second to none, and on his day, no one can stop the Shotzzy train once it’s coming at you. Providing that Dallas Empire can iron out some of their inconsistencies and put Shotzzy and Cuyler ‘Huke’ Garland in a prime position to frag out, it’s hard to think of a team that can stop them.

Simp has maintained his status as one of the best in the world and helped guide Atlanta FaZe to top of the Regular Season standings.

After winning Rookie of the Year in Black Ops 4, no one really doubted that Simp would be a formidable force in Modern Warfare. But once again, Simp has proved himself as arguably the best in the game.

While the likes of Shotzzy (2548) and Huke (2561) came close, Simp ended the Regular Season with the most kills across all Home Series events, with a tally of 2588 kills to his name — alongside boasting a 1.17 K/D ratio! If the Atlanta FaZe hotshot can go big, it will be difficult to stop Simp from taking all of the spoils once again.

So that rounds up our list of players to watch during CDL Playoffs and Champs. While there’s plenty of players who can make an impact, these players have proved to be vital to their team’s success throughout the year.