Players Surprised to Find Out You Can Fight to a Draw in Call of Duty: Blackout Private Beta - Dexerto
Call of Duty

Players Surprised to Find Out You Can Fight to a Draw in Call of Duty: Blackout Private Beta

Although Treyarch’s David Vonderhaar stated that he wasn’t sure if Call of Duty: Blackout would support draws, it appears that this result has been confirmed by players of the Private Beta.

Reddit user ‘u/QetFuckedKid’ uploaded a screenshot of the game’s result screen to the platform, which revealed that their game had ended in a draw.

They weren’t the only ones to experience this development, either. 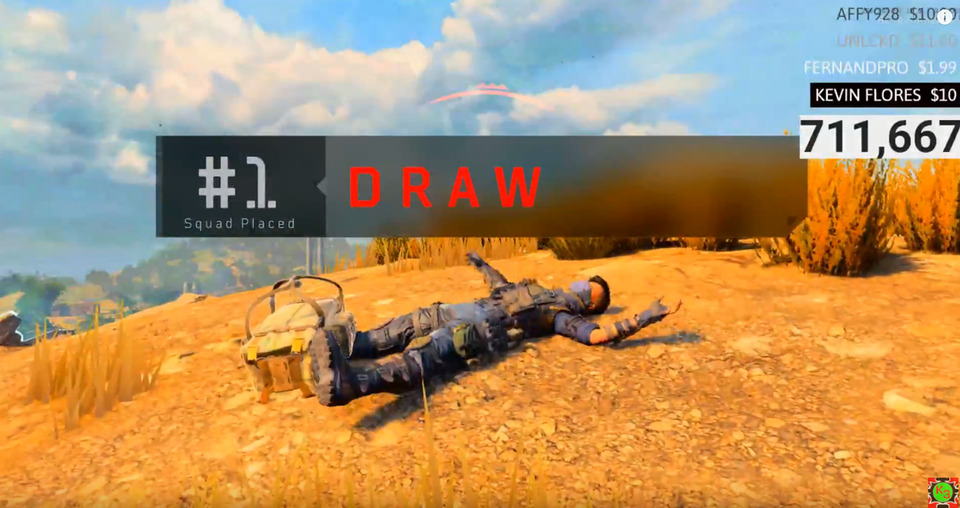 YouTuber CHIEF CMG uploaded a clip of his match, which likewise ended in a draw.

His shock and surprise were expressed in the video, which he released on September 11 – a day after the Reddit post was published.

Other streamers, YouTubers, and Twitter users have likewise documented their surprise at the development.

Twitch streamer FragOute had an exceptional reaction, appearing incredulous that the game could have ended in a draw.

Treyarch’s David Vonderhaar stated in an interview with Game Informer that he wasn’t sure if Blackout would support this result. One of the 195 rapid-fire questions flung at him during the questioning dealt with deaths in the game, specifically asking what would happen if a player were to crash a helicopter into an enemy to win the round.

Vonderhaar stated that such a development would be a draw, as the pilot would also die – but wasn’t too certain if draws themselves were supported in the title.

“I should test that. That would be a draw. I don’t know if we support draws. I should check that out. Fuck.”

As it so happens, it looks like Blackout does support draws. We can’t help but wonder if Vonderhaar actually went back to test that theory – after all, it does sound like an interesting way to end a game.