Many had speculated a lineup shift after Chino was, once again, relegated to a substitute role on July 6, but the Dashy news may come as a surprise. Long known as a prominent star in Call of Duty, he has recently underperformed on an OGLA lineup that failed to live up to its organization’s CoD pedigree. Hollow and Drazah, meanwhile, have each spent over three months playing for the CDL Challengers UYU organization, both performing admirably enough for OGLA to call upon their services.

.@Muddawg talks on picking up @Drazah_ and @Hollow412 and why we believe they make a great addition to OGLA.#OGLA // #CDL2020 pic.twitter.com/yFsuePXWRa

When Chino was moved into the starting lineup on May 4, OGLA proceeded to go 5-3, but that success proved short-lived as the team subsequently dropped three straight. Evidently dissatisfied with the team’s form, General Manager Eric ‘Muddawg’ Sanders has pivoted and brought some fresh talent to the team’s roster—with Drazah and Hollow trialing with the team’s starting lineup instead of Chino and Dashy during scrims on July 8 before being officially announced as starters on July 10.

After the Chicago Huntsmen’s Seth ‘Scump’ Abner accidentally joined OGLA’s lobby while streaming, rumors seemed confirmed that Dashy would be joining Chino on the bench as two new players joined the team in lieu of their veteran starters.

A former CWL All-Star and tournament MVP, Dashy boasts a tremendous reputation and came into this season as an impressive recruit for OGLA. In Black Ops 4, he regularly posted league-leading K/D rates—but those numbers have deteriorated substantially in Modern Warfare while OGLA has dropped to eighth in the standings at 7-12.

At their latest event, the Paris Home Series, no player hit a positive K/D but Dashy posted the team’s lowest overall by far with 0.68 (Hardpoint: 0.57, SND: 0.58, Domination: 0.93). That may have been the last straw for a player whose upside is undisputed but whose work ethic had already been subject to unsavory rumors. 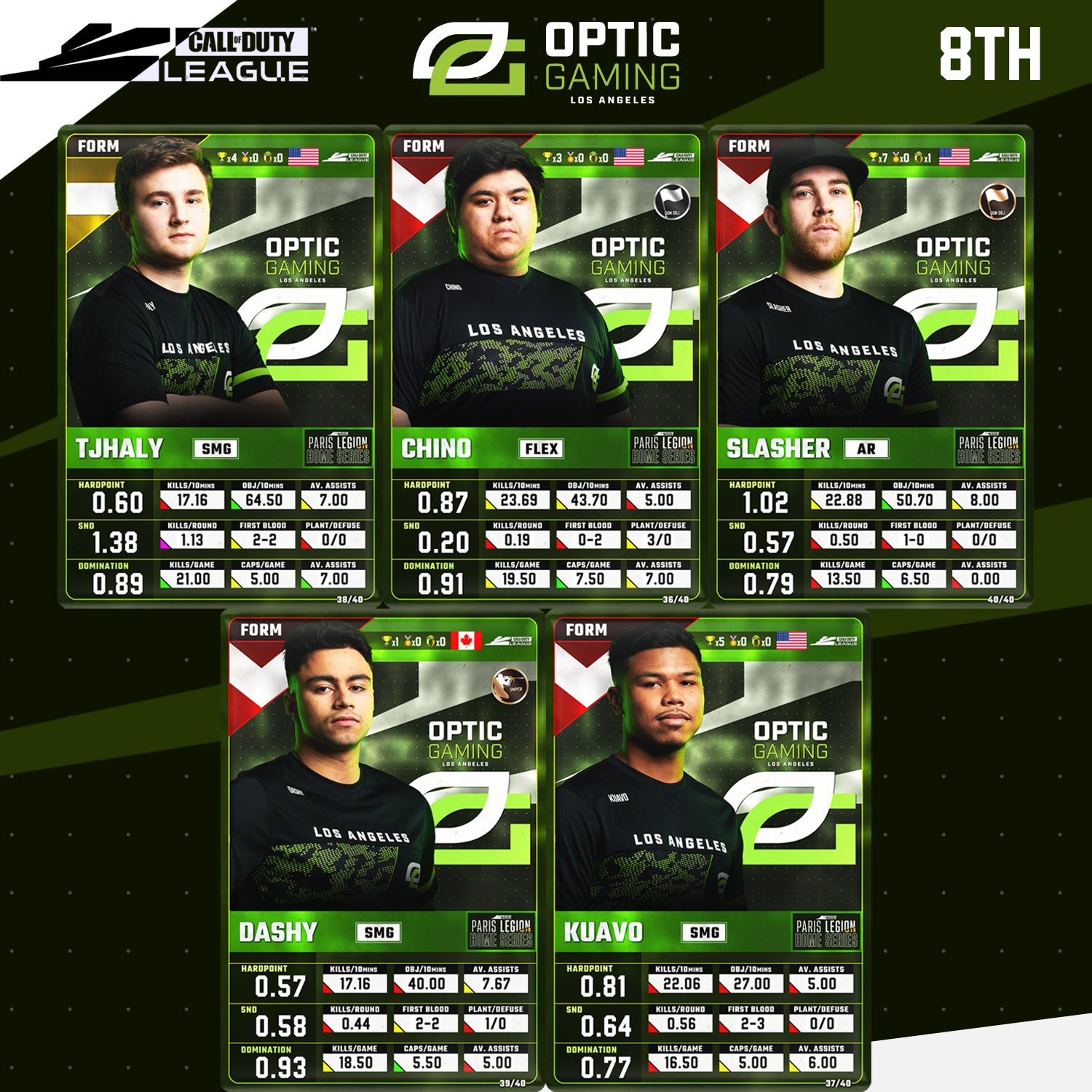 When discussing Drazah and Hollow’s acquisitions, Muddawg specified wanting the former because “he is an aggressive SMG and has been using the smoke a lot” and the latter because “he really brings a great wealth of knowledge.”

Moving Dashy and Chino to the bench allows this revamped starting group an opportunity to coalesce, while permitting OpTic to consider trading or releasing the two former starters should they not improve enough to reclaim their roles. At the moment, the two’s futures are uncertain and all eyes are on July 17, when OGLA faces the top-tier Florida Mutineers during London Home Series group play.