While the initial announcement that OpTic Gaming would be Call of Duty League seemed to be a positive one, the reactions from members of the organization have painted a different picture.

When Immortals Gaming Club bought out OpTic Gaming’s parent company Infinite Esports, they made it clear that they would be holding onto the OpTic Gaming name in Call of Duty, but it appears that the members that make up that team will be much different than what fans have come to know and love.

After the announcement on July 1 that OpTic Gaming had secured one of the first seven city-based franchises in the new CWL structure, names that are near synonymous to the Greenwall brand reacted in disbelief, indicating that all is not what it seems with the announcement.

We will be the Los Angeles franchise in CDL 2020.#OGLA #GREENWALL pic.twitter.com/LtJFpmgRVc

The official announcement from OpTic was quickly overshadowed by rumblings made by the likes of Hector ‘H3CZ’ Rodriguez, CoD team veteran Ian ‘Crimsix’ Porter, and Seth ‘Scump’ Abner.

The messages seems to indicate that while the OpTic brand is getting set for a new chapter in its CoD history, it could be without some key members of the organization. 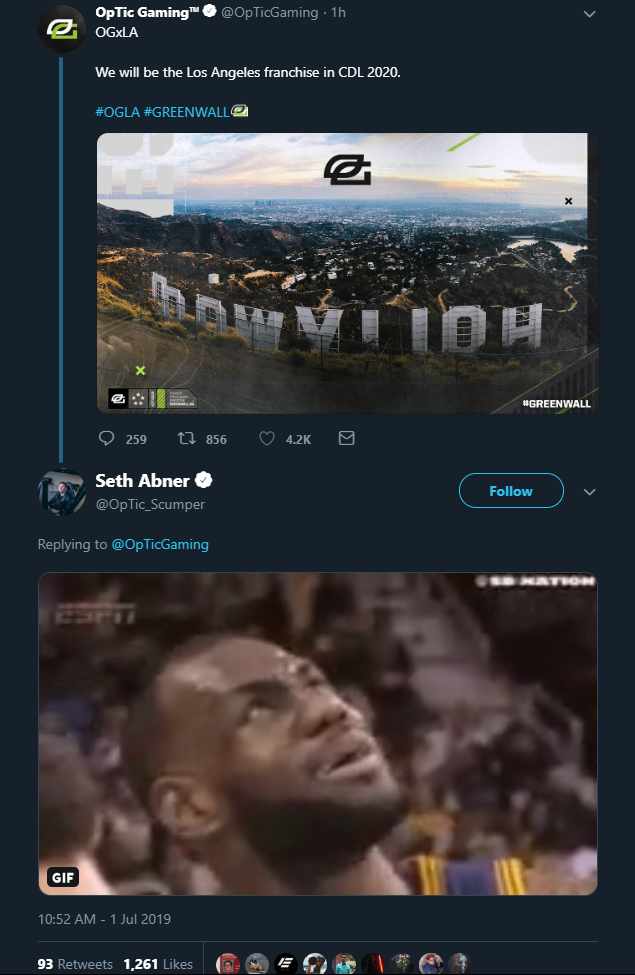 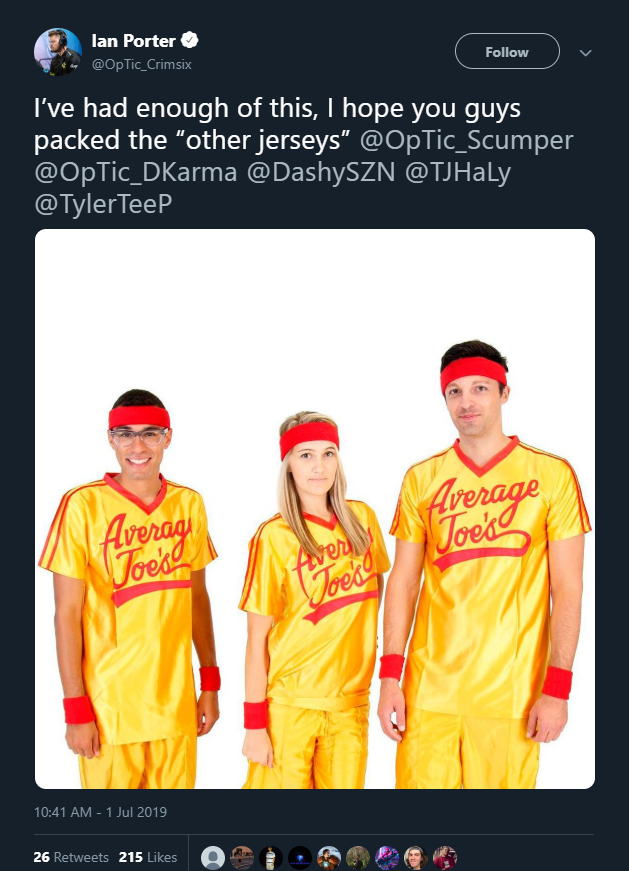 How did it get to this point?

There’s been a massive cloud of confusion surrounding the legendary OpTic name as soon as IGC came into the picture.

A report had surfaced that H3CZ was in a bidding war for Infinite Esports, but was ultimately overcome by IGC. It was later revealed by an ESPN report that ICG had won the right to buy Infinite “for cash and equity worth $35 to $45 million.”

In fact, H3CZ later revealed that he “remains a shareholder” within OpTic, but hadn’t given a comment to the extent of involvement within the team after the buyout.

After the buyout, the new leadership in OpTic gave an encouraging message about the CoD team which isn’t sitting too well with fans at the moment.

“Clearly OpTic is a premier Call of Duty brand,” said Peter Levin, Managing Director of Griffin Gaming Partners and Chairman of the IGC Board of Directors. “We are excited to work with our partners at Activision Blizzard to ensure that OpTic continues to play that leading role in Call of Duty’s future.”

Fans and org members alike have been battling to keep OpTic largely unchanged, but it looks like it’ll soon be all for naught with the latest reactions to franchising. 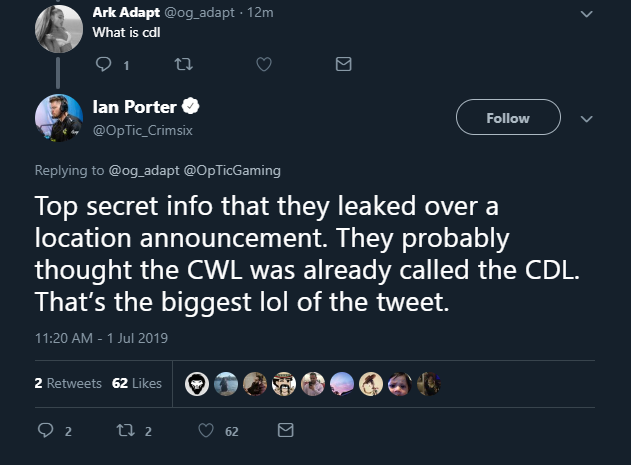 Such negative reactions from the biggest OpTic Gaming members seems to indicate that while Immortals will use the OpTic Gaming name for the 2020 Call of Duty League, they will not be holding on to the current roster.

Dexerto has reached out to OpTic members for further comment.