The sixth running of Checkmate Gaming’s $2,500 ProDown Black Ops 4 tournament came to a close on January 28 with OpTic Gaming being crowned champions for the fourth time.

The defending CWL Vegas champs took care of fellow Pro League team Midnight Esports 3-1 to cap off a dominant tournament in which they did not lose a single series.

Having already beaten Midnight in the Winner’s Bracket Final, OpTic had the luxury of only having to win one of two series in the Grand Final, whereas their opponents needed to win two straight since they were coming from the Loser’s Bracket.

OpTic jumped out to a quick 2-0 lead in the Grand Final, winning a very tight Seaside Hardpoint 250-246 then dominating Payload Search and Destroy 6-2.

A resilient effort from Midnight saw them take Arsenal Control 3-0 to come back within one game, but a 250-177 Hardpoint victory on Gridlock sealed the deal for the Green Wall.

OpTic’s victory means that they’ve now been champions of the CMG ProDown in four of the five weeks they’ve participated, having won the first three in a row.

Their only failure to win came during the fourth ProDown, where they were relegated to the Loser’s Bracket very early on and eventually lost to Red Reserve in round three. 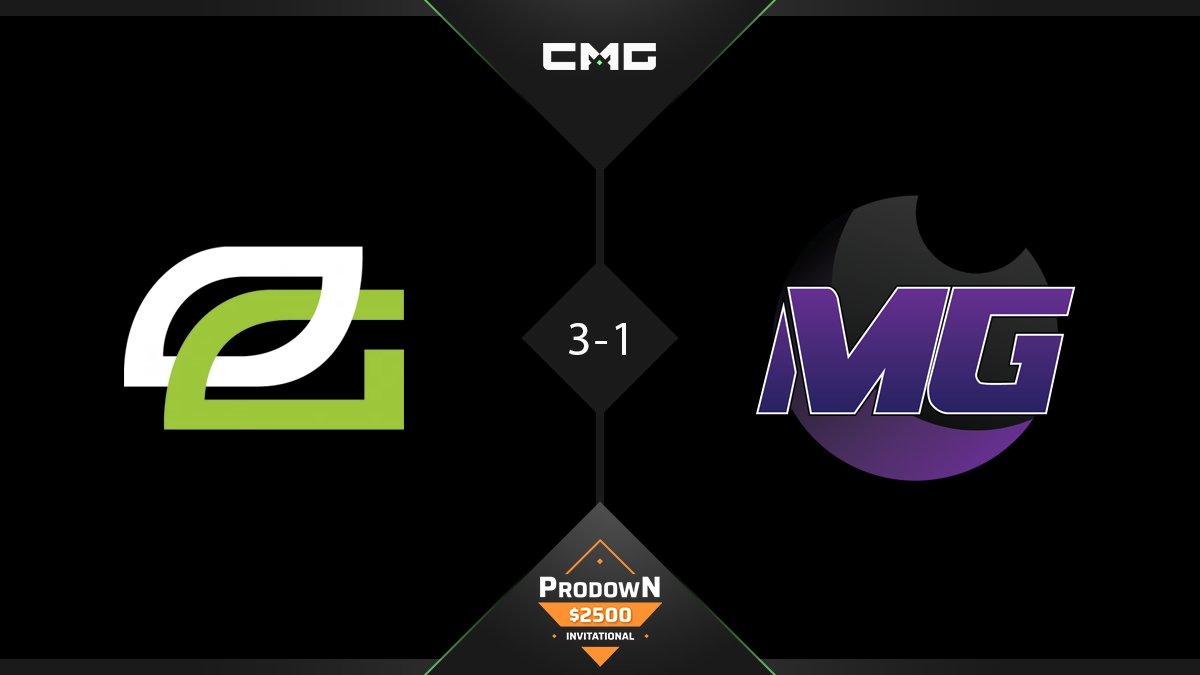 The CMG ProDown is a double-elimination tournament series that features some of the biggest and most prominent competitive teams and players in Call of Duty esports.

Here are the scorelines for all of the day two matches:

A full recap of all of the day one action, including all scorelines, upsets, and highlights, can be found in our CMG ProDown Day One recap.

The overall final placements can be seen in the table below, along with the Winner’s and Loser’s Brackets. 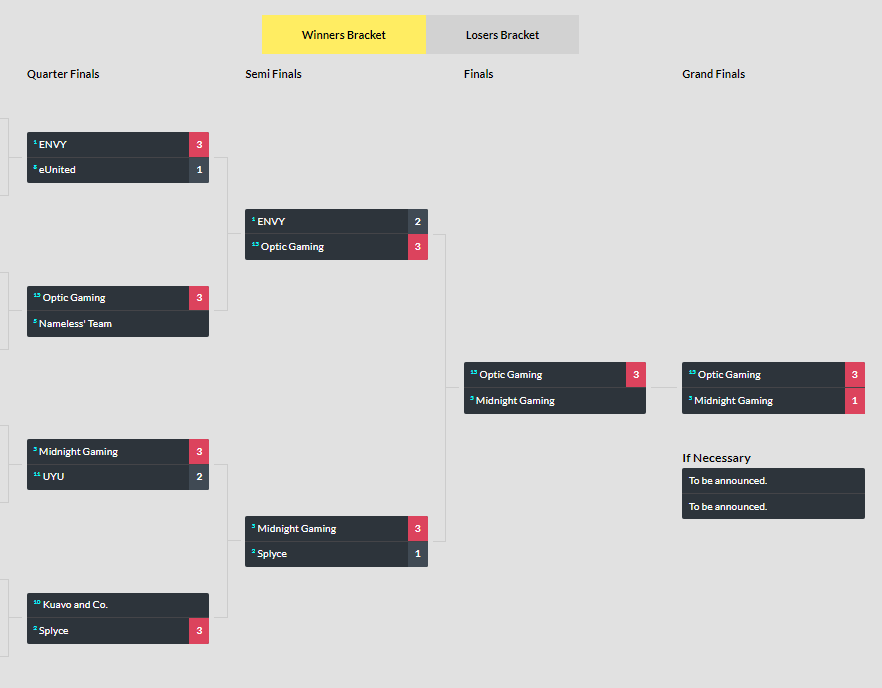 Loser’s Bracket (From Round 3)

For more information about the CMG ProDown, including team rosters and full brackets from this latest tournament, visit the tournament web-page on the CMG website HERE.