The second running of Checkmate Gaming’s $2,500 Black Ops 4 ProDown tournament wrapped up on December 3 with OpTic Gaming being crowned champions for the second time in a row.

OpTic defeated rivals 100 Thieves 4-2 in the grand final, in what was a rematch of the first tournament’s finals, which saw the Green Wall win 4-0.

After beating 100T 4-1 in the Winners Bracket final in day one, OpTic reached the grand final needing to win just one series to take home the victory, while 100T had to win back-to-back series because they had come out of the Losers Bracket.

Unlike the first finals meeting, this matchup turned out to be a tight affair, as the two heavyweights weight back and forth in a series that nearly went the distance.

OpTic used a massive comeback in the game one Hardpoint on Arsenal to win 250-167 before 100T took game two S&D on Frequency and game three Control on Arsenal 6-3 and 3-1 respectively.

OpTic regained well, winning the game four Hardpoint on Seaside 250-214 and followed up with a tight 6-5 victory in the game five S&D on Payload.

OpTic saved their best for last, as they came back from down 10-21 to win the fourth round of Control on Frequency and clinch the game 3-1, along with the series and the championship.

We are once again your CMG ProDown

With this victory, OpTic improved to 4-0 vs 100 Thieves in their meetings so far in major online tournaments, all of which have come during the first two ProDown tournaments.

The Green Wall has also remarkably not lost a series yet in any of the four online tournaments they’ve played in, which encompasses the first two CWL 2000 Series tournaments and the first two ProDown competitions.

All those statistics take a backseat, however, with CWL Vegas only days away. Both OpTic and 100T are expected to do well and go deep in the first major LAN event of the CWL season. 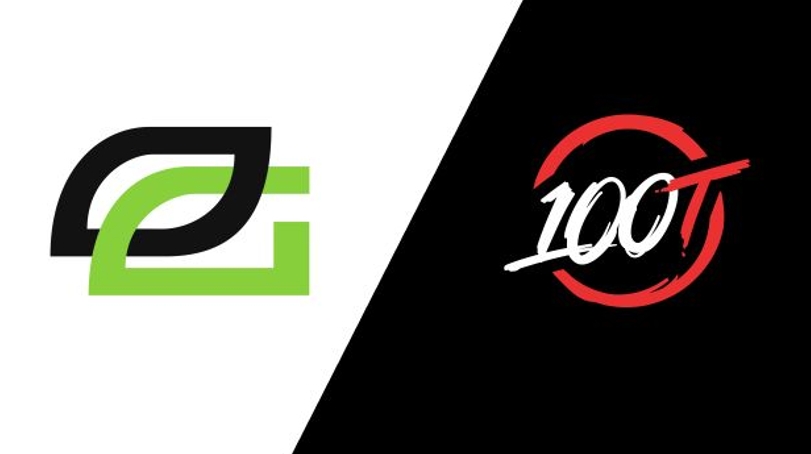 The OpTic Gaming – 100 Thieves rivalry has started off slightly one-sided, but heavyweight battles between the two are due to entertain fans of competitive CoD for foreseeable future.

The CMG ProDown is a double-elimination tournament series the features some of the biggest brand name pro teams in Call of Duty esports.

12 pro teams were invited to compete in this week’s tournament, and they faced off against four challenge teams that qualified via a series of online qualifiers hosted by CMG.

Here are the scorelines for all of the day two matches:

The final overall placements can be viewed in the table below, along with the Winners and Losers Brackets included below the table. 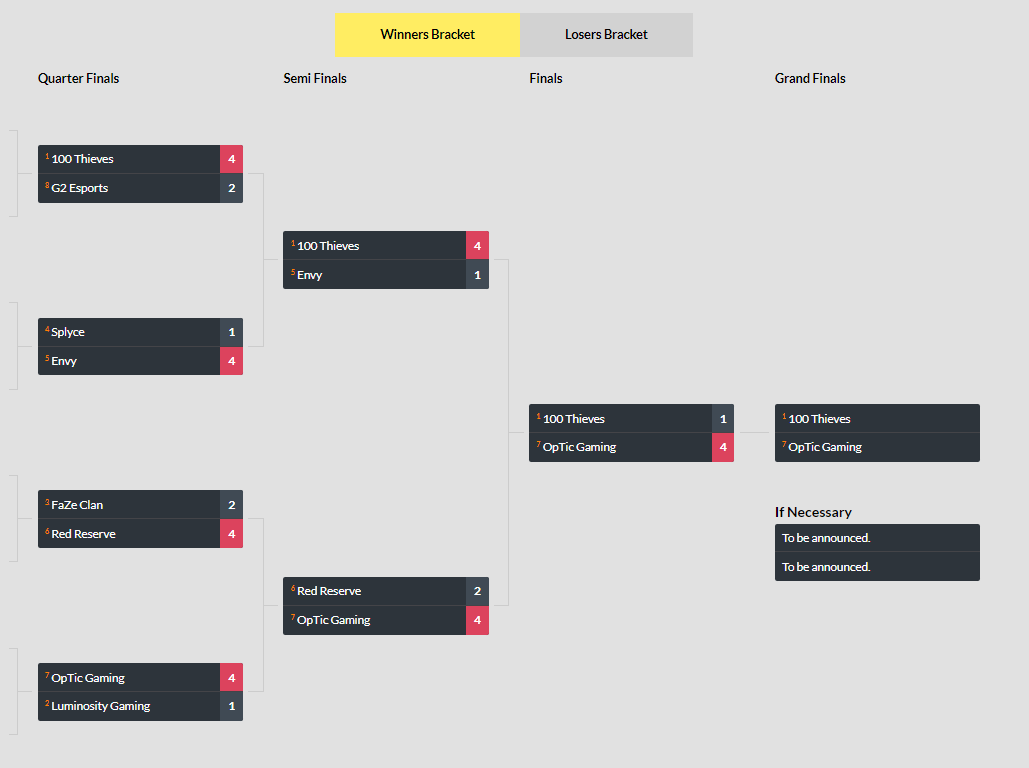 Losers Bracket (From Round 3)

For more information about the CMG ProDown, including the full brackets from this latest tournament, visit the tournament web-page on the CMG website HERE.