Reddit user ‘NixA2259’ uploaded a screenshot of his results screen from a game in the Call of Duty: Blackout PC beta, which revealed a curious development.

The screen showed that he had placed #0 out of the 80 players in the match.

Nix appeared to take the news well, captioning the photo, “You placed #0 GG.” A commenter responded to the photo saying that finishing #0 had to be better than first place, to which he cheekily responded, “Must be :’D.” 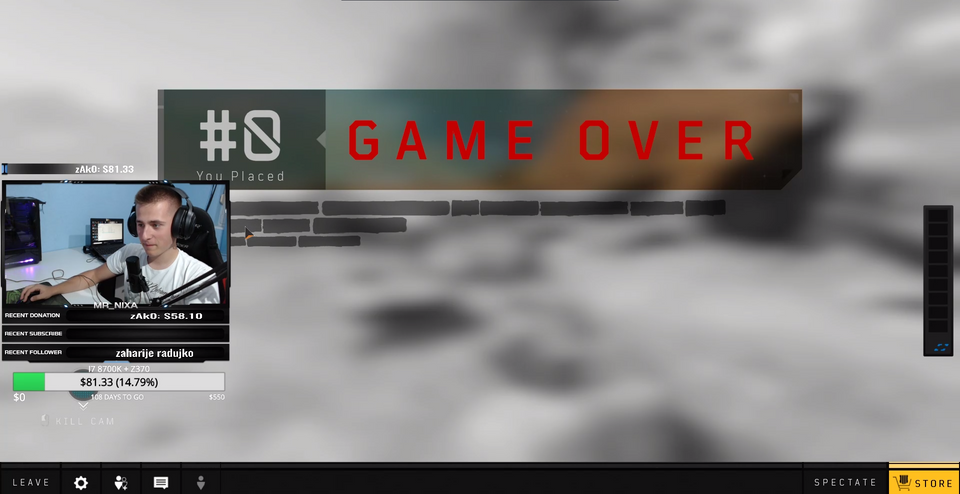 Apparently, this glitch occurs when players fight to a draw for last place, as one reddit user mentioned a similar instance happening to him in a comment beneath the photo.

“This also happened to me,” user ItzAnPro posted. “I was in a fight with the last guy, we killed each other, then I got the message I placed #0.”

Nix replied to the comment, apparently confirming that his instance occurred in a similar manner. “Yeah lol…” he said.

This is far from the strangest instance to have occured in the Blackout Beta. A multitude of glitches have been reported in the title, from the Xbox’s home button causing complete controller unresponsiveness to players being able to travel beneath the map itself.

However, Treyarch have been largely responsive to player concerns, and have already stated that the Xbox glitch will be fixed upon release. Now matter how buggy it may be, the Blackout Beta proved to be a good time for many players, and has even been projected to rival Fortnite.

The Blackout beta went offline for all platforms on September 17, although it was extended a further two hours past its original end-time.

Players will have to wait until CoD: Black Ops 4 releases in full on October 12 before they are able to play the new battle royale mode again.