The regular season of the CWL Pro League Stage 2 has come to a close for both Divisions A and B and the full Playoff bracket is now set.

The Playoffs features a double-elimination format that puts the top two teams from each Division against the bottom two teams from the other Division.

Here is the official bracket: 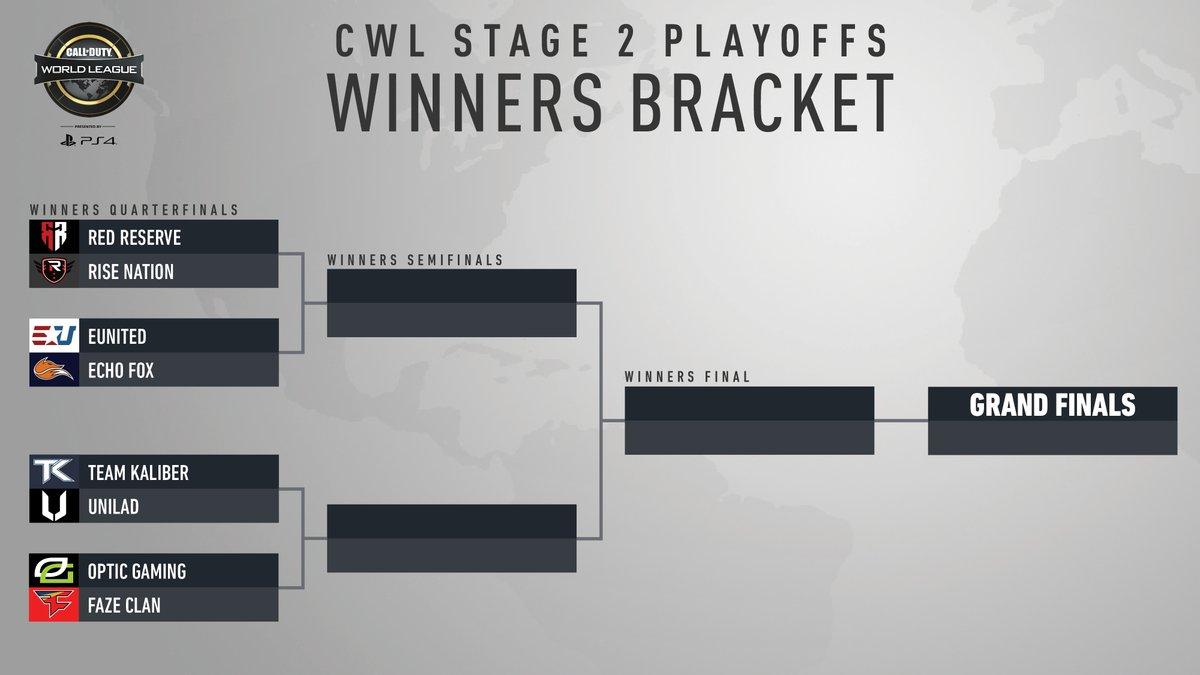 From the eight total teams that have qualified, there are six from the North American region and two from Europe.

Here are the Playoff teams and their rosters, in the order in which they finished in their respective Division.

As one would expect at this stage of the competition, there are plenty of intense matchups and storylines waiting to be written in these Playoffs.

Perhaps the most intriguing first round matchup is that of FaZe Clan vs OpTic Gaming. Of course it was FaZe who came all the way from the Losers Bracket to beat OpTic twice in the Stage 1 Grand Finals to take home the championship.