A major hint about the next installment of the Call of Duty series has been dropped by NFL player Marcus Mariota, after he claims to have had the chance to try out the new game.

There has been a lot of buzz around the Call of Duty community over the past few days as more and more reports about the 2019 title have begun to surface.

While nothing can be considered 100% until an official announcement is made, all indications are that the next CoD game will be none other than Modern Warfare 4.

Appearing on a promotional Fortnite Battle Royale stream with Twitch star Nick ‘NICKMERCS’ Kolcheff, Tennessee Titans quarterback Marcus Mariota was asked about what his favorite CoD game of all time was.

He replied saying that he loves the original Modern Warfare, then added a comment that may have been a lot more revealing than he had intended.

“They just let me … we just played the new one,” he said. “Yeah, it’s pretty dope. It’s like the old Modern Warfare.”

While he stopped short of revealing that the next title was indeed going to be Modern Warfare 4, the fact that he revealed that the game he had gotten to try was “like the old Modern Warfare” could really only mean one thing.

Mariota was not the only football player to try out the new CoD game; in the days leading up to the NFL Draft on April 25, several collegiate stars were also invited to test out this year’s title.

Several of the athletes posted about their experience on social media, but no one came close to dropping a hint as big as the one that Mariota spilled on the live-stream. 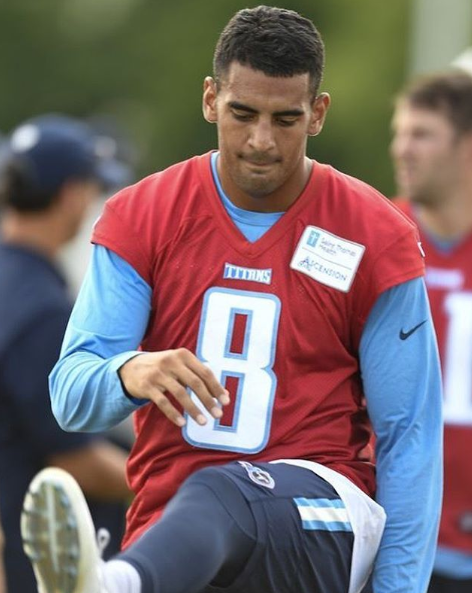 NFL star Marcus Mariota may have dropped a major hint about the next Call of Duty title.

Even before Mariota said what he said on the livestream, there was heavy speculation that the fourth installment of the Modern Warfare series would be releasing this Fall.

On April 25, an ex-Infinity Ward developer confirmed that MW4 was the next game in development, which fell in line with all of the leaks and intel that had been surfacing over the past few weeks.

Considering how overwhelming the indications have started to become, it’s looking like the announcement revealing the next CoD game will come sooner rather than later.