This update has now released in Modern Warfare and the full patch notes can be seen HERE.

With the holiday season very much in full swing, Infinity Ward are looking to continue the flurry of new content that they’ve consistently released since the start of Season 1 earlier in December.In the most recent drop on December 17, players got remakes of the classic MW maps Shipment and Vacant, a winter version of the Gunfight map Docks, the new multiplayer mode Cranked, and more.

Now entering the fourth week of Season 1, more content is due to be released including a new multiplayer mode, a Gunfight variant, a Double XP and Double Tier earn rate promo, as well as a new cosmetic bundle.

This update will be going live on Tuesday, December 24 at 10 AM PT / 1 PM ET and will be free for all players on PS4, Xbox One, and PC to enjoy right away. 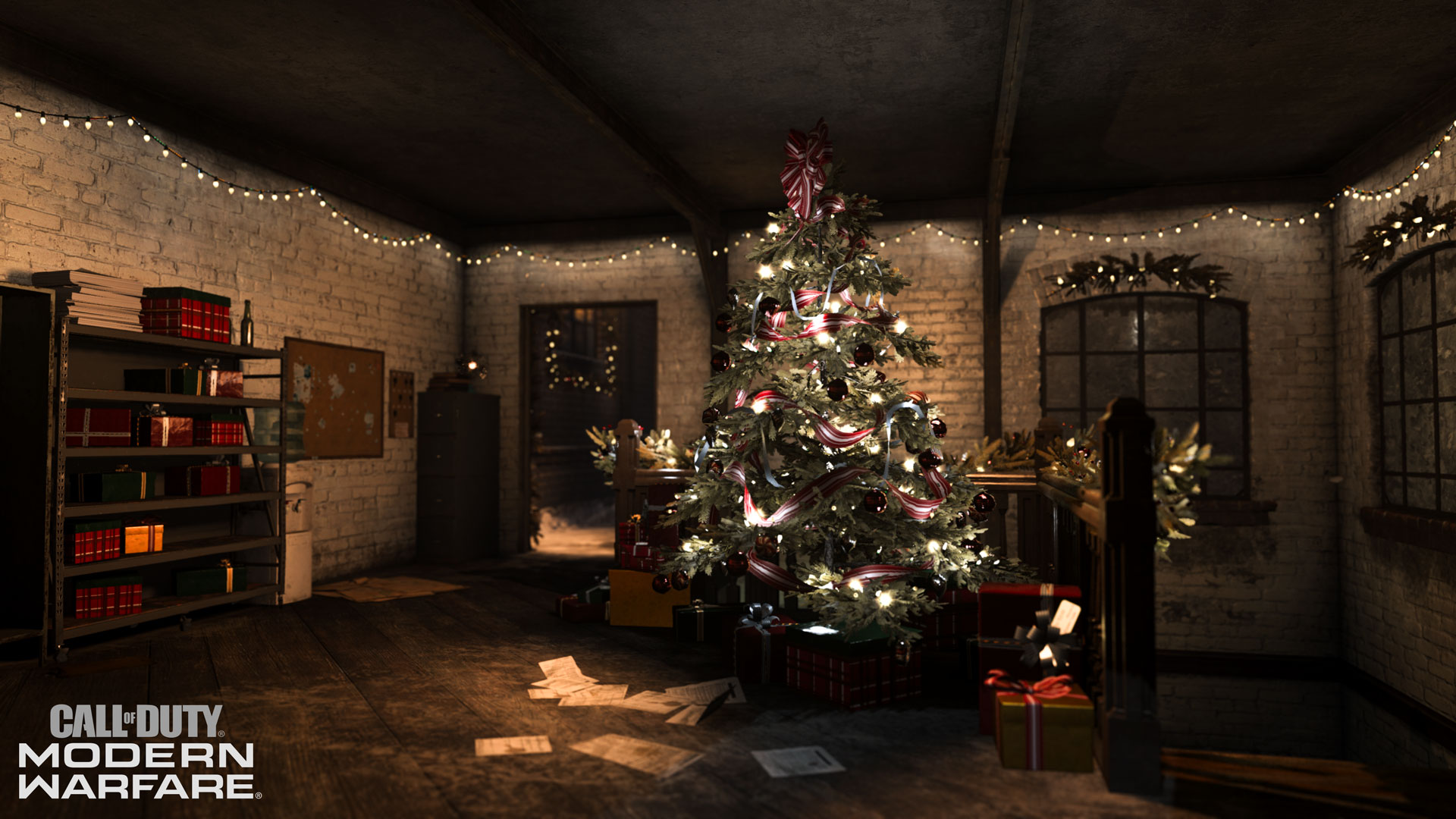 Following the holiday-themed revamp to the Docks map in Gunfight, Infinity Ward will also be adding a new mode to be played specifically on that winter map.

The mode, called Snowfight, replaces weapons with snowballs, which players have to throw at their opponents to eliminate them.

The new Snowfight mode in Gunfight replaces weapons with snowballs.

The other new mode, Drop Zone, will be a regular multiplayer playlist. In Drop Zone, players have to capture objectives on the map, which is the only way to earn Killstreaks.

Players who continually hold the drop zone will get a Care Package delivered to their location containing a specific Killstreak.

The new Drop Zone multiplayer mode will put even more of a focus on capturing objectives than regular objective-based playlists.

Activision announced that, following this XP boost, there will be a “tier sale” in the in-game store for players looking to further level up their Battle Pass.

In addition, another cosmetic bundle will be hitting the store called ‘Mad Chemist.’ The price of this bundle is set to 2,400 CoD Points and it features nine items, including a new Operator Skin, three weapon variants, a watch, and more.

Make sure to check back here once this update goes live as we will have a full breakdown of everything new that’s been added, including the full official patch notes.