The mysterious Call of Duty 2020 crates sent to various content creators have finally been opened, revealing a trail of easter eggs that connect to the iconic Black Ops map Summit, Warzone, Zombies, and the game’s potential release date.

After several hours of cracking codes and connecting dots, popular Call of Duty content creator NoahJ456 and his team figured out the endgame to the crate easter egg: a website where the next stage of the CoD 2020 teaser chain will be held.

The website (https://pawntakespawn.com/tv) features an old tube television set, a vintage-looking phone, and several things in the background, which when touched up with some contrast changes, are revealed to include a poster of the current Warzone map.

The page also features an antique alarm clock, which shows the date of August 14. According to NoahJ, this is not for the full reveal and instead just the date for when the next stage of the teasers will appear.

I just heard directly from Activision.

What we solved today was just the FIRST step of the Call of Duty 2020 reveal.

What comes out on Friday at 12 EST is just the next part.

There was a lot of anticipation from the Call of Duty player-base on August 10, as streamers and YouTubers were finally allowed to unlock the cryptic packages they’d recently received from Activision.

Revealed to be inside were slide projectors, different ones from different eras, such as the old-school TDC Headline 303 model that was sent to news outlet charlieINTEL.

? The mysterious crates the Call of Duty sent are now being opened!

(more pics in thread below) pic.twitter.com/zWEBTRaNZE

In addition, the boxes also contained slides of various images, some of actual places and cities in the world, while others contained a seemingly random collection of letters.

The next four slides! pic.twitter.com/EyI7WDP9nY

There were several of those map image slides included in all of the crates that had been shipped out, five to be exact, pointing to Paris, Moscow, New York, London, and Tokyo.

What’s more: the little numbers on those maps looked very similar to the same ones used to distinguish the different regions on Summit, the well-known locale that was first introduced in the first Black Ops game. Also, there were overhead shots of an unmarked area that also matched up perfectly with the map’s shape.

Hmmm…as @BenMcCarthy935 pointed out. the numbers on our maps are almost identical looking as to how the numbers at different locations in Summit look….. pic.twitter.com/22rPDTgnMb

In fact, they looked so similar that it prompted some keen-eyed fans to look more closely at Summit in Black Ops 4, only to realize that Treyarch had quietly pushed through a small update that had tweaked the map, adding in live clocks for all five major cities as well as turned on the computer screens to show the same sort of circular figures in some of the image slides.

And as @NoobeyGaming points out: Summit also has these similar target images to what the Slides show + 4 out of the 5 locations. pic.twitter.com/RCluyyqFEJ

Treyarch also updated BO4’s Message of the Day screen, adding in another one of those overhead images of Summit that looked identical to the other ones that had been included with the slide projectors.

#BlackOps4 Message of the Day reportedly updated with this pic.twitter.com/MlQqeCPr1e

So, what about Warzone?

So, if the teaser was to stop here, it would be safe to conclude that its goal was to hint that Summit may be returning for yet another one of Treyarch’s titles in 2020.

However, we already knew that thanks to previous CoD 2020 map leaks, so it’s a good thing that’s not all these mysterious images and graphics have to offer, because it appears they bear a connection to Warzone as well.

NoahJ456 decided to look further into it all, starting by lining up the text slides with the circles shown on the Summit computer screens, revealing a secret jumble of words: “TURN,” “ELEVATOR,” and “WHEN.”

As revealed by @NoahJ456, overlaying one of the slides over the actual screen in Summit circles the letters W H E N pic.twitter.com/8Rd7Vz93ys

This is where the battle royale comes in; prominent CoD leaker ModernWarzone claimed that some of the more important inaccessible bunkers in Warzone have elevators in them as well as other Cold War references.

He’s even managed to get pictures of these elevators using a recon drone since players can’t actually get inside the rooms, so it’s clear that one of the hidden messages in the teaser directly ties in with this.

There are bunkers in #Warzone that are currently inaccessible that contain elevators, as well as other information that references #BlackOps and the #ColdWar! pic.twitter.com/zhCH83ncdC

This is most likely all about the in-game event coming to Warzone sometime in the near future, as hinted at by Activision in the official Season 5 Roadmap. It’s been leaked and rumored for a while that the first full CoD 2020 reveal will happen during this event, so it’s safe to assume this is what it’s all about.

Believe it or not, the teaser goes even deeper that everything discussed above. Further close examination of the slides with the random letters, when matched up with some of the other circular patterns, revealed the message “BISH YOU WERE HERE,” which is in reference to a famous World Chess Championship match played between American Grandmaster Bobby Fischer and his Russian counterpart Boris Spassky in 1972. 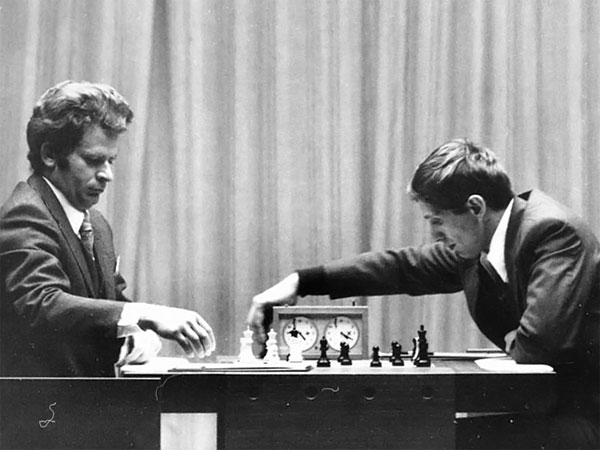 Bobby Fischer (USA) faces off against Boris Spassky (USSR) in the “match of the century.”

While that may not mean much on its own, it becomes a lot more relevant when taking into account that a lot of the teasers for Season 5 were themed around chess pieces, especially the rook, which also happens to be the logo of Shadow Company, a new faction that was added in Modern Warfare and Warzone.

Furthermore, the match sits atop history not only for the prominent players involved but also because it was a metaphorical battle between the USA and USSR, who were embroiled in the Cold War at the time. Oh, there’s that Cold War reference again!

There’s more: a 2014 film called Pawn Sacrifice, which is about Bobby Fischer’s triumphs in 1972, runs exactly 1 hour and 15 minutes (1:15), a number that can be important for a variety of reasons.

Even more interesting: In 2014, there was a movie based on the famous Chess Game. It was called Pawn Sacrifice. The run time of the movie is 115 minutes.

For one, Element 115 is a core aspect of Zombies in Call of Duty, as it was initially used for the creation of zombies as well as the substance that powers the various superweapons players can use to counter them, according to the CoD Wiki:

Element 115 was used to create the zombies as one of its side effects was the reanimation of dead cells. The zombies were to be used as super-soldiers by the Germans. After creating them, the Germans realized that they were uncontrollable and would lead to mankind’s destruction. The Ray Gun, the Pack-a-Punch Machine, the Perk-a-Cola machines, the Wunderwaffe DG-2, and other various Wonder Weapons are all powered by Element 115, along with the teleporters. It would appear Element 115 can also control the zombies, as the Focusing Stone is a shrunken-down meteor that Richtofen claims will let him control the world.

So what does this mean? Well, it’s nothing conclusive, but it could be a solid indicator that Zombies will be returning to the franchise after Infinity Ward decided to skip a year with Modern Warfare. 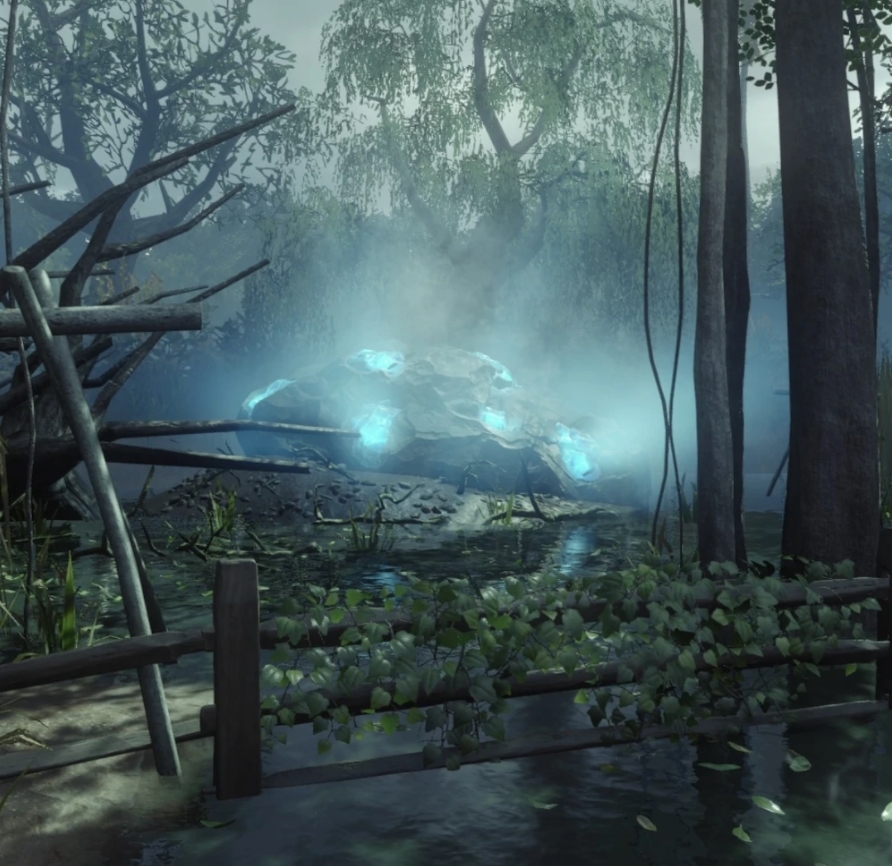 Element 115 is what was used to create Zombies in Call of Duty, as well as the weapons that counter them.

There’s also the possibility that the 115 runtime number might be Activision/Treyarch’s ingenious way of teasing the release date since 11/5 could mean November 5, which would be very possible and make sense.

There’s a lot to digest here, we know. Whether you like it or not, Activision have seemingly abandoned their usual way of announcing new CoD games in favor of an approach akin to a wild goose chase through the wormhole of intricate easter eggs and multi-layered teasers.

This looks to be only the tip of the iceberg so expect a lot more information to be revealed in the coming days and weeks. As always, make sure to follow us on Twitter @DexertoINTEL for all the latest Call of Duty news, leaks, updates, and more.