Infinity Ward have released another major update for Call of Duty: Modern Warfare, one that’s added a lot of new content available free for all players on PS4, Xbox One, and PC.

The v1.12 patch for Modern Warfare went live on December 18 and is the third update for the recently-launched Season 1, which represents the biggest post-launch content drop in Call of Duty history.

Remember, with Activision no longer using a purchasable DLC model, all of this content comes free and instantly to all players across the three platforms.

Shipment and Vacant, two of the more iconic maps from the original CoD 4: Modern Warfare game, made their highly-anticipated return to the series on December 18. Players can play both maps non-stop in the new Vacant and Shipment 24/7 playlist.

Due to its smallish overall size, Shipment is also doubling as a new Gunfight map. Speaking of Gunfight, the popular original version of the 2v2 mode has also been brought back, after players made it clear that they preferred that variant over the new O.S.P that required weapons to be picked up from the ground.

With the winter season in full swing, some holiday flair has been added to Gunfight as well, with the Docks map getting a snowy makover called ‘Over Winter.’

Over Winter is a winter-version of Docks map in Gunfight.

With another wave of Season 1 content came the brand new multiplayer mode Cranked, which joins Reinforced, Infected, and Gunfight O.S.P. as the new modes added this season.

Cranked is a “fast-paced, high octane” version of regular Deathmatch, “where players race against the clock to get kills or suffer an explosive fate.”

Cranked is the newest multiplayer mode in Modern Warfare Season 1.

Audio has been one of the more scrutinized aspects of Modern Warfare, with players especially complaining about the balance of footstep audio.

Infinity Ward attempted to further address that by making three adjustments to footstep audio – reducing the audible range of 3rd person footsteps, increasing occlusion, and adjusting various foley sounds that player at a larger range than footsteps during ADS/crouch movements.

As for weapons, there weren’t too many changes implemented. The only real considerable changes were reduced flinches on the Kar98l, EBR-14, and MK2 Carbine Marksman Rifles. 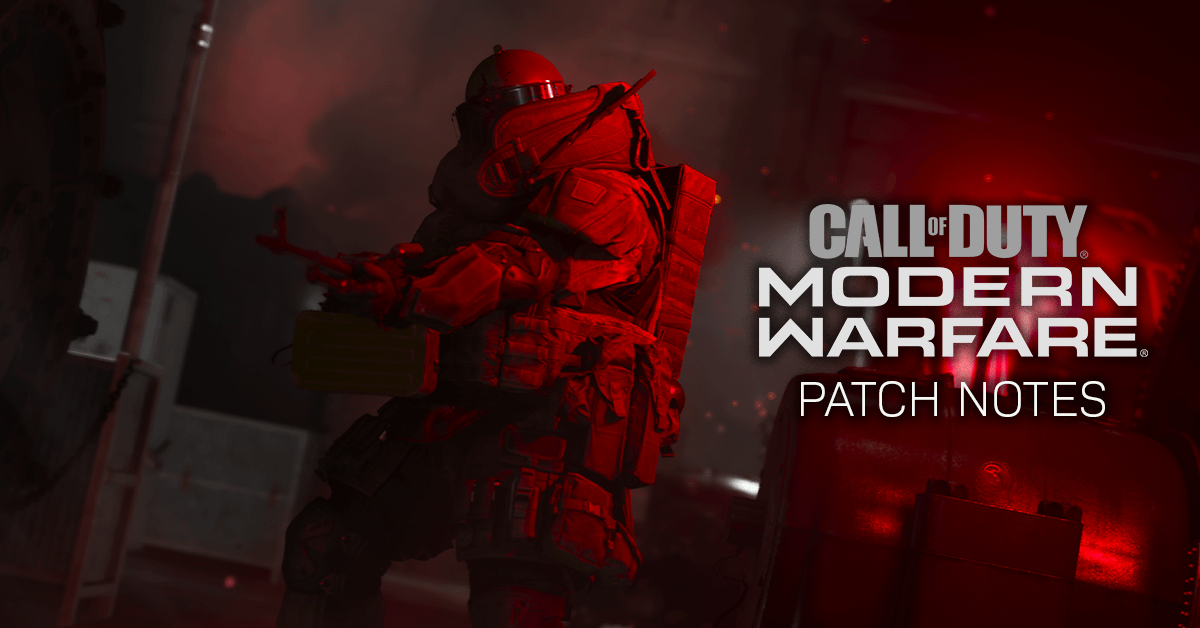 The v1.12 update in Modern Warfare features a lot of new content, general fixes, and more.

Here are the full patch notes for this v1.12 update, as provided by Infinity Ward on Reddit: