The full multiplayer reveal for Call of Duty: Modern Warfare has given fans their first look at gameplay in the upcoming game – and there may be cause for relief after a mini-map was confirmed, but perhaps not as expected.

Previous leaks and comments from YouTubers who had played the game early suggested that the mini-map had been scrapped entirely for Modern Warfare.

The very thought of such a drastic change to the core multiplayer experience concerned fans greatly, especially for the competitive side of Call of Duty, which relies heavily on teammate locations for predicting spawns and more.

How to get a mini-map in Modern Warfare?

It turns out the leaks were not totally wrong, but not totally accurate either, as there is in fact a mini-map in Modern Warfare multiplayer, but only when a player acquires a ‘Personal Radar’ or UAV killstreak.

The Personal Radar streak is acquired after earning two kills without dying, and appears to last around 40 seconds, but does not have a sweeping functionality to highlight enemy player locations, and appears to only give the player who earned it a mini-map.

However, the UAV operates just like past titles, with a sweep across the map, and gives a mini-map to all players on the team, and appears to require three kills without dying.

Players who call in a UAV will also get 10 points for an assist, but it can be prevented by the enemy team with a counter UAV.

Without a Personal Radar or UAV, you can still see a map by pressing the pause menu, which gives a full overview. 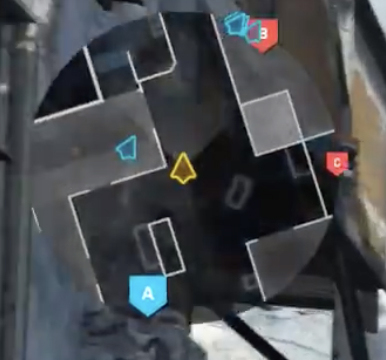 There’s a mini-map in Modern Warfare, but it will require some effort to obtain.
500[ad name=”article4″]

With a circular shape, the mini-map rotates with the players direction, similar to past iterations, and of course shows the locations of teammates nearby.

For esports, there is still a question over how exactly the mini-map will be implemented, as UAV’s have always been banned in competitive play, for obvious reasons.

Perhaps the mini-map will be enabled at all times regardless in competitive as rumors suggest, which would certainly be the option most professional players will be hoping for.