OpTic Gaming Call of Duty professional Seth ‘Scump‘ Abner did not hold back when censoring the disgusting accommodations at a hotel in Miami, to the point where the establishment shut down their own Twitter account.

All eyes in the competitive Call of Duty community will be turning to Miami, Florida this weekend as the world’s top teams are coming together to compete in the $1.25 million CWL Finals tournament.

A popular hotel of choice for many pro players was the Cataline Hotel & Beach Club, which, on paper, looked like the perfect place for the competitors to relax ahead of the massive competition.

However, what many expected to be the start of a fun weekend actually turned into a horror show, as players discovered the conditions of their rooms to be nothing short of gruesome.

Scump decided to put the hotel’s failures on full blast on social media, posting pictures of his bed that were disturbing, to say the least.

Just got back to our room, haven’t been under the covers and…. safe to say we are leaving pic.twitter.com/XmEFMae8SF

Scump’s mission to expose the hotel did not stop there; he followed up the post with another series of pictures, taking aim at the establishment’s claims of being “the coolest hotel on the beach.”

Y’all the coolest hotel on the beach, huh? @HotelCatalina pic.twitter.com/44eFGkRS2I

The final bullet in his chamber was a word of warning to anyone visiting in Miami who was tempted to stay at this hotel: “This is the Cataline Hotel and Beach Club. If you stay in Miami ever, do not come here.”

This is the Catalina hotel and beach club. If you stay in Miami ever, do not come here lmaooooooooo

Obviously, considering the fact that Scump has over 2.1 million followers on Twitter, his warning and images were seen by a lot of people.

What’s more, his tweets were shared by OpTic CEO Hector ‘H3CZ’ Rodriguez on his Instagram page, which itself boasts nearly 400,000 followers.

moved hotels and boy what a power play. now THIS is Miami pic.twitter.com/UIyqWLV6Kk

Considering all of the exposure that the posts received, and the viciously negative nature of the feedback and comments, it clearly became too much for the hotel to handle.

Thus, shortly after the buzzing began, their staff decided to deactivate their Twitter page, to at least cut themselves off the barrage of humiliation they were receiving on social media. 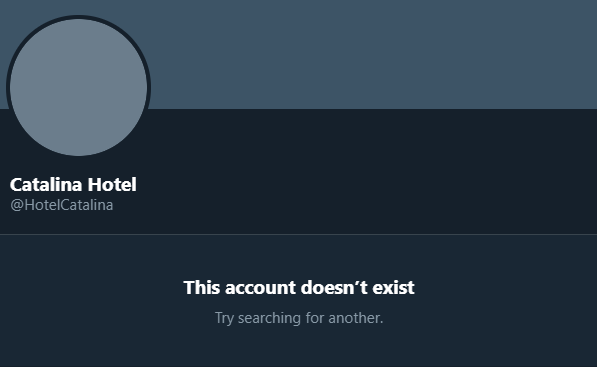 seth took down a whole ass hotel with one tweet LMFAOOO

Bed bugs and bloodstains aside, these pro players will have a lot to think about this weekend, as the largest tournament of the season so far takes center stage in Miami.

Eight of the top teams from the CWL Pro League regular season, along with two more from the Play-In tournament, will all do battle for a share of the $1.25 million prize pool, and the glory of being crowned Pro League Champions.