Apex Legends, Fortnite Battle Royale, and PUBG have all had their fair share of issues.

With a triple A development team, Treyarch hoped to be the more ‘refined’ BR game, but, a new problem that has been cropping up in Call of Duty: Blackout could be a real killer blow to the game’s chances at catching its rivals. 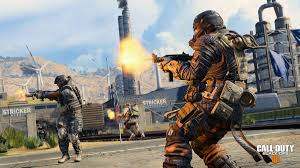 Treyarch have tried their best to shake-up Blackout since it’s release.

In a post to the Black Ops 4 subreddit, one user described how they jumped into a random game of Duos before being instructed by their teammate to follow them in a bid to secure a win using the glitch.

The poster described, without giving away the full details of the glitch, how they utilized a helicopter to leave the confines of the Battle Royale map and ascended to a height above where planes drop the supply crates to the ground behind, which can even be seen in their video.

They also added that their random teammate explained how he used the method until the final circle so that they could hop out of the chopper and score a surprise kill on an unsuspecting final set of players.

Other Reddit users commented their disgust at the problem, urging Treyarch to sort a fix out as soon as possible.

“I can’t even begin to imagine the level of scum that this person has achieved,” posted Hosted_Deity. Another Redditor, posting under the name Olfix_CBN added: “This looks easy as hell to reproduce.”

Comment from discussion People can glitch outside of the map until the final circle in blackout so be aware.

The Call of Duty developer has already done plenty in a bid to freshen up their unique take on the Battle Royale genre, including the addition of new variants to the mode, but plenty of issues still remain – even after they state that they are working on fixes.

However, it remains to be seen if Treyarch decides to drop a patch for this strange issue before it gets out of hand and ruins games of Blackout for players on an ever wider scale.