Luminosity’s FormaL Reveals More About His Departure from OpTic Gaming

It’s been over three months since Matthew “FormaL” Piper swapped green for blue, leaving his team of over three years, OpTic Gaming, for Luminosity.

As part of a direct swap, Sam “Octane” Larew moved in the other direction, and has now moved on himself from OpTic, joining 100 Thieves – after reportedly being dropped.

A day after Octane’s trade was announced, FormaL took to social media to ‘clear up rumors’ about his time on OpTic Gaming, and reasons for his departure from the organization.

He began by simply addressing one of the rumors he had seen circulating, suggesting that he had involvement with Damon “Karma” Barlow’s dropping from the competitive team.

FormaL explains that he had nothing to do with that, and when queried by OpTic’s Ian “Crimsix” Porter, said “Why would one of two players you’re dropping have any say on the other dropped player?”

Both FormaL and Karma were ‘dropped’ from the team at the same time, with Karma staying under the OpTic brand as a content creator, not competing for the remainder of the WWII season.

And FormaL seemed to be in the rumor addressing mood, discussing other aspects of his time on OpTic, and why he ultimately left.

He first cleared up the accusations that he would fail to show up for scrims, forcing OpTic’s coach, Tyler “TeePee” Polchow to fill in. 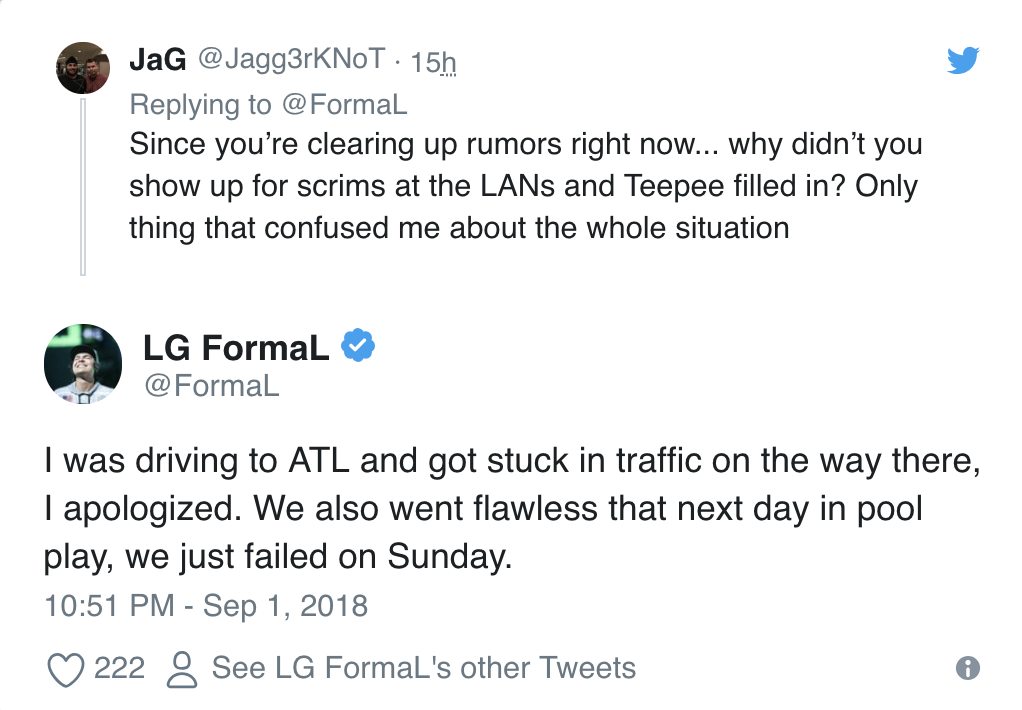 Finally, one of the other main rumors was that he and longtime teammate Seth “Scump” Abner no longer saw eye-to-eye, and had had a falling out of sorts.

FormaL confirmed that he and Scump hadn’t gotten along well since even before their 2017 world championship win. 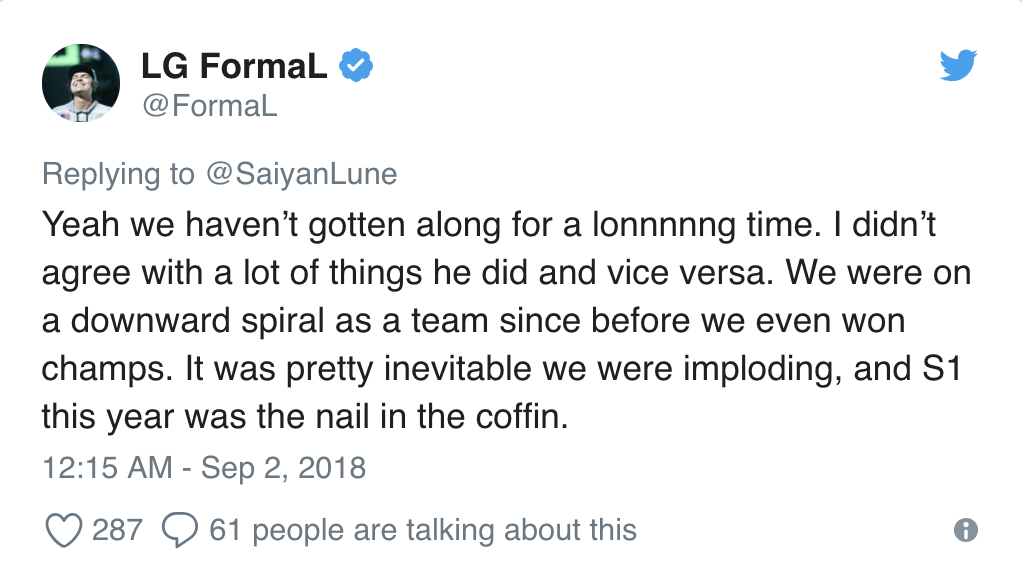 He also clarified why he hadn’t spoken on the rumors and issues discussed any earlier, essentially saying it no longer mattered.

“It has been over with for months now. We saw the results of everything that happened, and it doesn’t matter anymore. I was just sick of seeing that specific rumor going around and that’s the only reason I brought it up.”

As for FormaL’s current roster situation, Luminosity position is unclear, and although they could well end up staying together, there is also speculation that one or two of their talents could be poached.