Activision Blizzard have announced what are expected to be the final three teams that will compete in the first ever Call of Duty franchised esports league.

Chicago, London and Seattle franchises will be joining the likes of Paris, Toronto and New York in the 12-city league, which kicks off in 2020.

Activision had confirmed in February 2019 that the open CoD World League model that has been in operation since 2016 would cease, and would be replaced by a franchise model that is traditionally seen in North American sports leagues. In the past, any team, even amateurs, had the opportunity to make a name for themselves each year by qualifying for the league, but the new model requires organizations to purchase one of the franchises for a substantial fee. 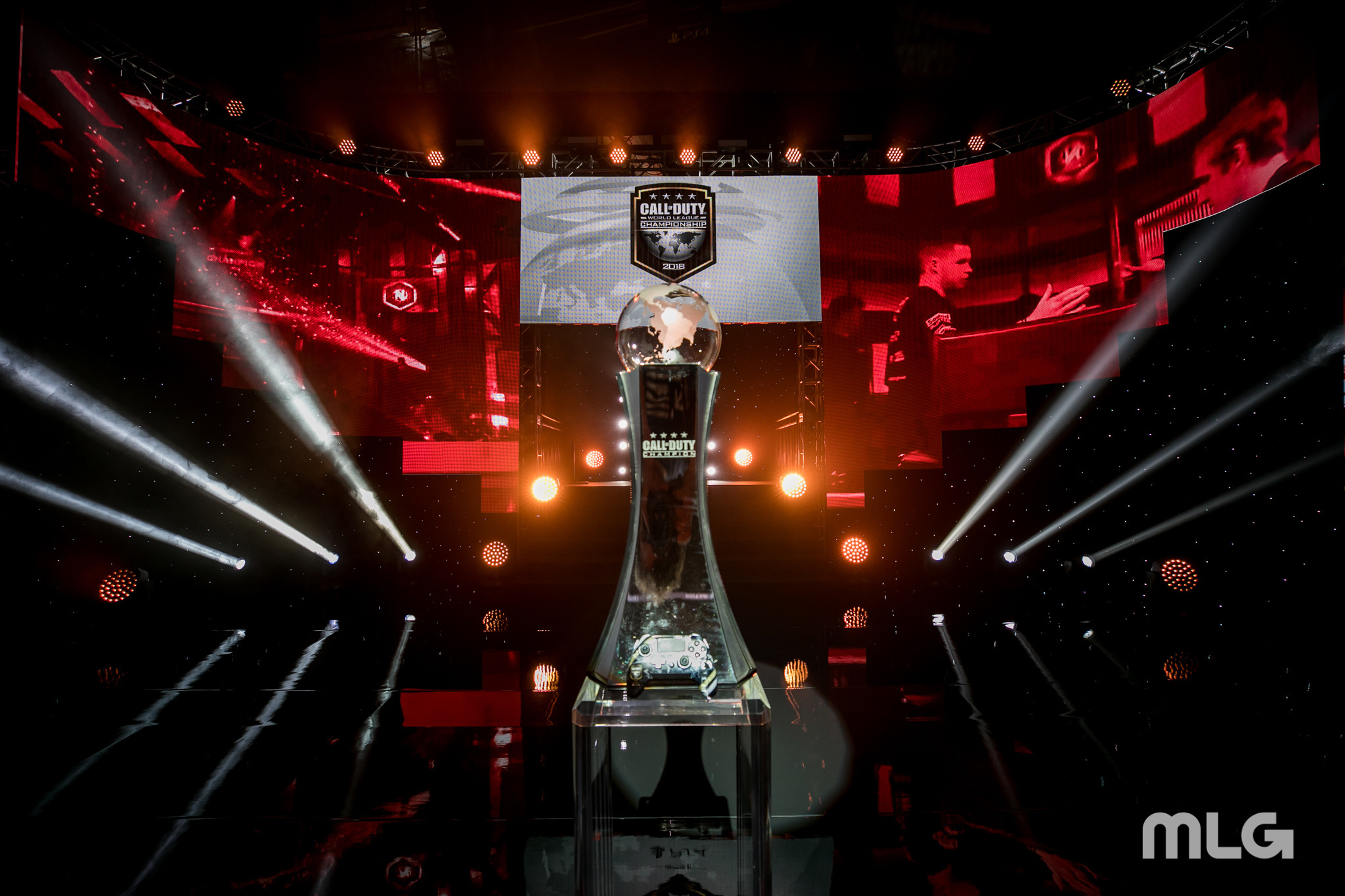 Call of Duty will move to a franchised model for the 2020 season.
[ad name=”article2″]

Following in the footsteps of the Overwatch League that launched in 2018, franchises are tied to a city and bidders are required to pay a reported $25 million to secure a spot, with the promise of shared wealth via an ecosystem that would distribute any money made in brand deals.

Nine cities had previously been confirmed for the CoD league, including some (Dallas, Los Angeles, London) that are represented in the OWL. Now, on September 13, we have finally discovered more about the remaining three.

All about the Chicago Call of Duty team

The organization behind the Chicago Call of Duty franchise is NRG, a name that has become synonymous with esports in recent years. Established in 2016 by Andy Miller and Mark Mastrov, the co-owners of the NBA basketball team Sacramento Kings, NRG also own the San Francisco Shock in the Overwatch League.

Miller described the all-new Call of Duty esports league as as the “perfect opportunity” to get involved in CoD’s competitive scene: 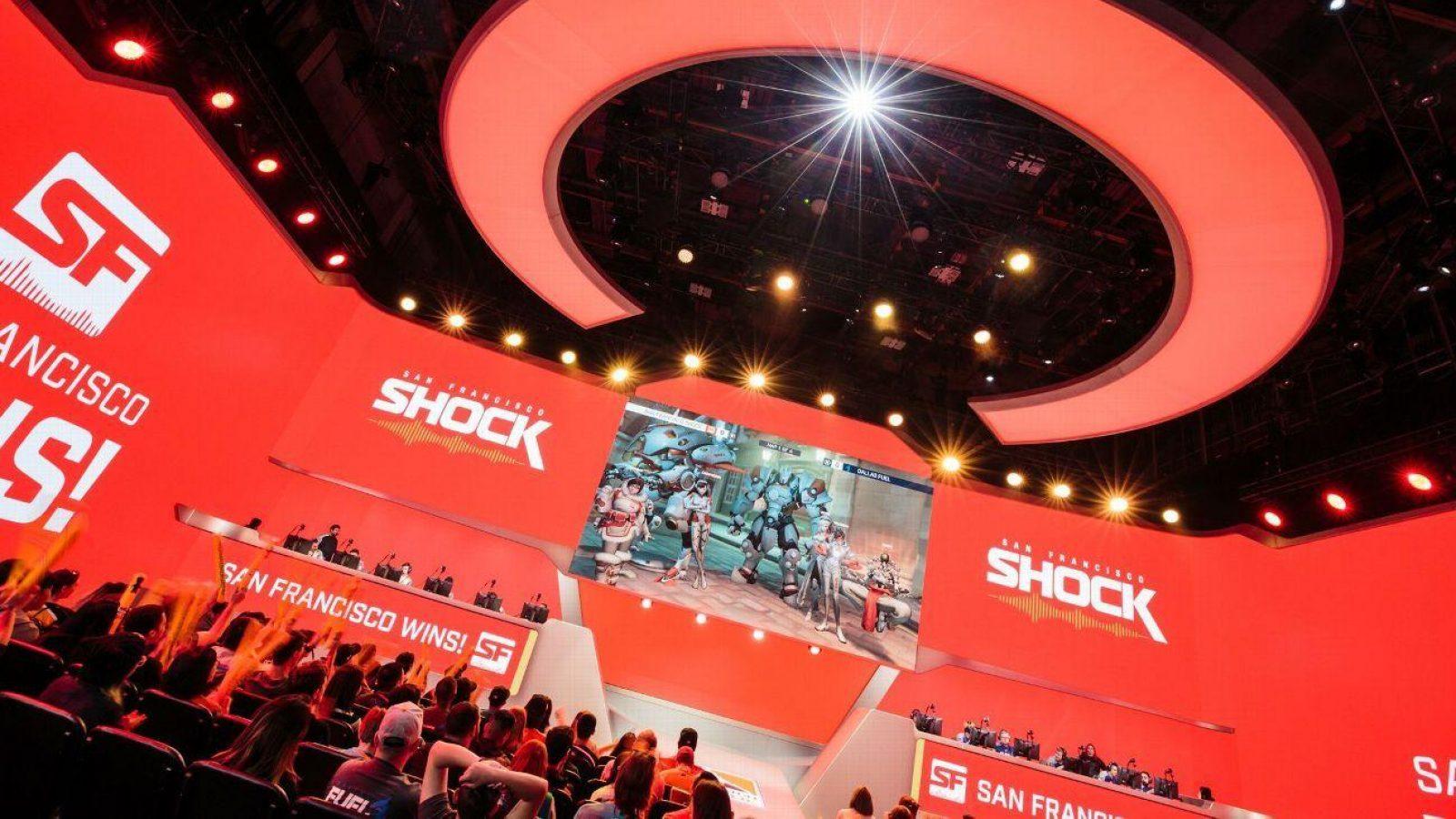 All about the London Call Of Duty team

Heading up the new London franchise will be ReKTGlobal, the parent company of Rogue, a global esports organization that has been growing rapidly since its inception in September 2016. They count musicians Steve Aoki, Nicky Romero and Imagine Dragons among their investors.

Amish Shah, the Founder and Chairman of ReKTGlobal Inc., said that the organization were excited by the opportunity to grow their brand in the UK, a country which showed that it was home to some of the most passionate CoD fans in the world when the 2019 Call of Duty World League came to London during the Black Ops 4 season.

“On behalf of the entire ReKTGlobal organization, we are thrilled that we’ve landed the London team for Call of Duty,” said Shah. “My co-founder, Dave Bialek, and I feel that some of the most enthusiastic esports fans are based in London and we are not only excited but welcome the challenge to represent the city, while gaining larger visibility and growing our brand within the UK.

“Our core UK team is eager to bring the championship home with the support of the community, their family and friends, and investors such as Steve Aoki, Imagine Dragons, Nicky Romero and DrLupo. We also have a number of surprises in store for the fans so get your popcorn ready and join us on our championship journey.” 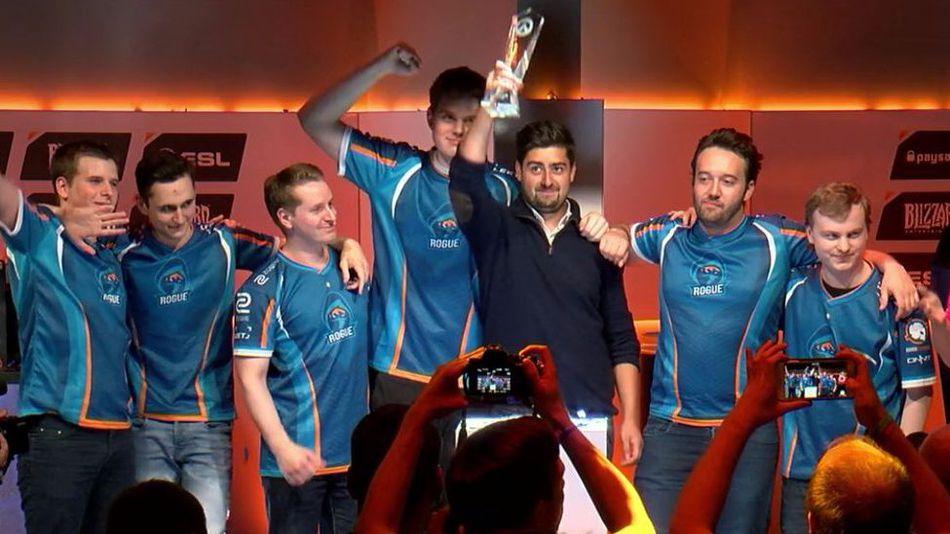 Rogue found success in Overwatch before the introduction of the franchised league.
[ad name=”article5″]

All about the Seattle Call of Duty team

The Seattle Call of Duty team will be owned by the Aquilini Group and Enthusiast Gaming. Founded more than 50 years ago by Luigi Aquilini, The Aquilini Investment Group is a family business that’s known for its involvement in American sports. The group’s entertainment division currently includes NHL ice hockey team Vancouver Canucks, the National Lacrosse League’s Vancouver Warriors and the Overwatch League’s Vancouver Titans.

Enthusiast Gaming is a digital media company that will be recognised by many esports fans as the parent company of Luminosity Gaming – one of the most well known organizations in competitive gaming and a staple in competitive CoD since 2015.

Francesco Aquilini, the Managing Director of the Aquilini Group, said: “Esports has shown extraordinary growth and we’re excited to continue to be at the forefront with a new Call of Duty esports team. We are thrilled with the performance of the Vancouver Titans in the Overwatch League in their inaugural season, and with the continued support and expertise of our partners at Luminosity and Enthusiast Gaming, we believe the new Call of Duty esports league is also well positioned for success.

“Along with the Titans, we look forward to continuing our engagement with the esports community in the Pacific Northwest with this new Seattle-based Call of Duty team, and delivering on our goal to create first-class fan experiences.” 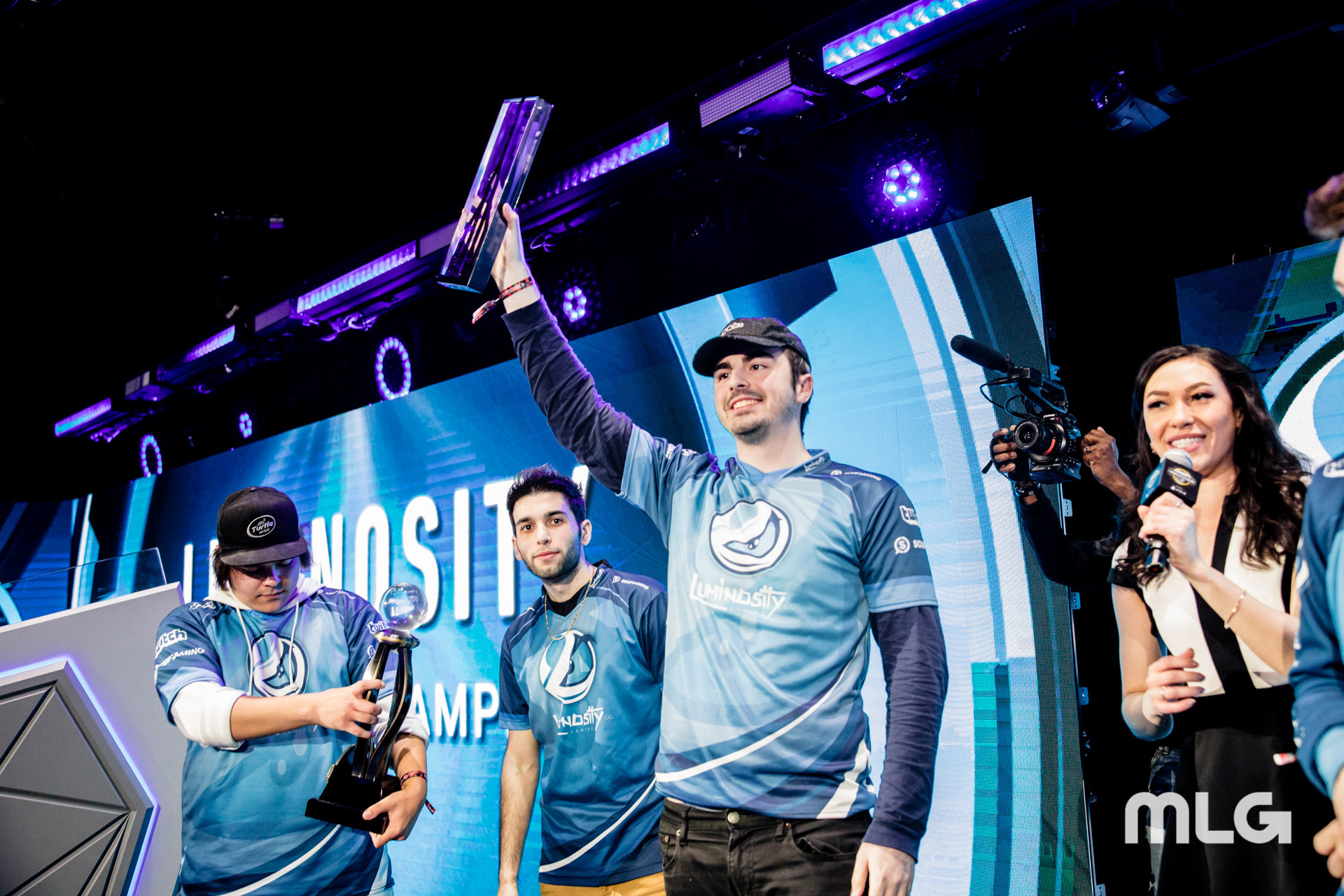 Chicago, London, and Seattle join the previously announced teams in Atlanta, Dallas, Florida, Minnesota, New York, Paris, and Toronto, as well as the two teams in Los Angeles. All 12 of these franchise teams will host games in their home market when the season begins in 2020.

The fact that there are 12 teams in the Call of Duty esports league is significant as fans of the Overwatch League will remember that it too started with 12 franchises, before Activision Blizzard increased the number to 20. While nothing has been confirmed at this point, it is likely that we have now been introduced to every team that will compete in the inaugural season of Call of Duty’s franchise league.

However, some of the biggest names in Call of Duty will not be involved in the first season. 100 Thieves and Gen.G opted not to buy into the league, along with FaZe Clan – an organization that is synonymous with Call of Duty – and 2019 Call of Duty World League champions eUnited. 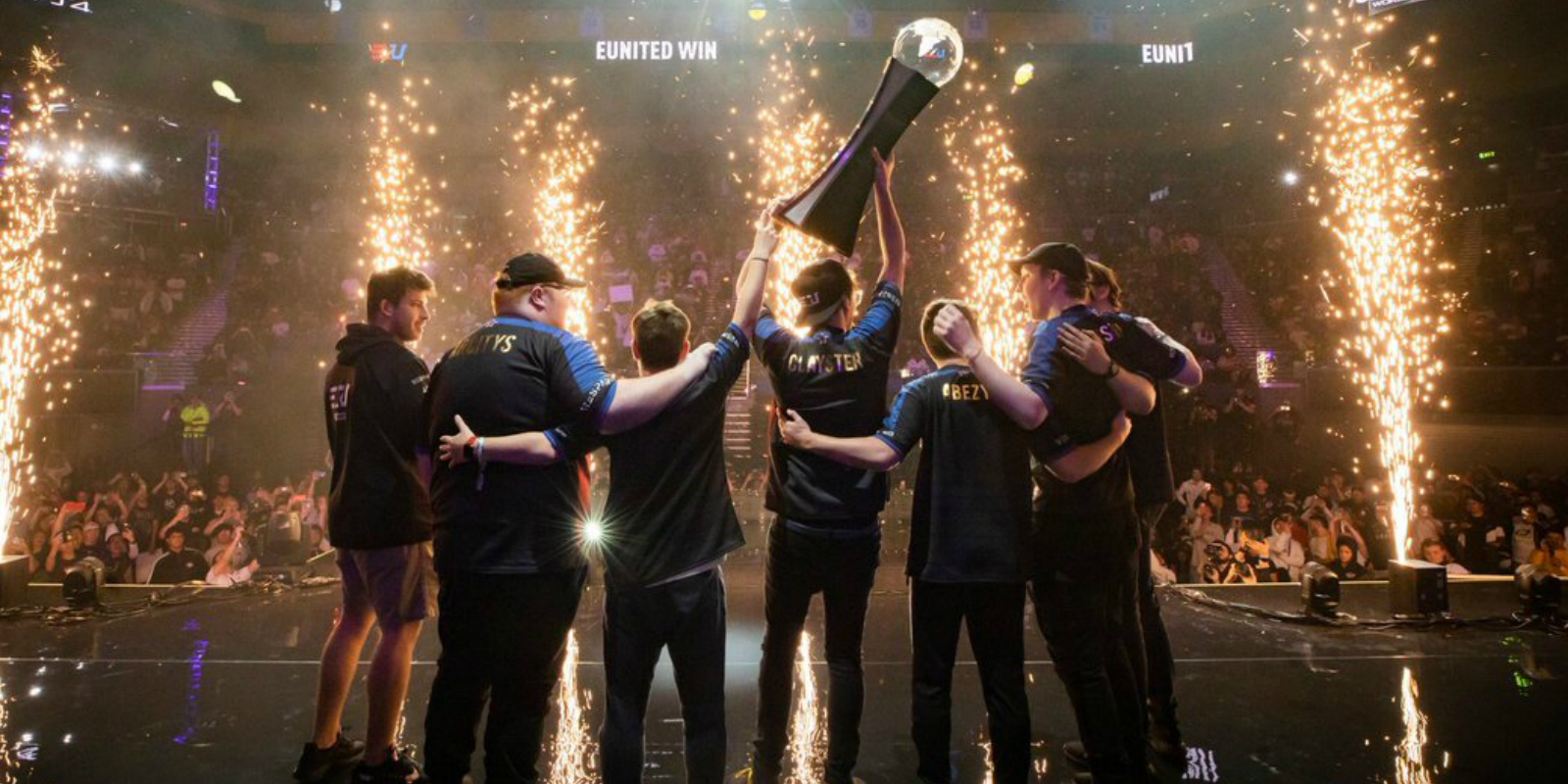 CWL Championships 2019 winners eUnited have yet to announce a franchise.

They join the likes of Enigma6, Evil Geniuses, compLexity, Heretics, and Vitality as Call of Duty powerhouses that have not yet announced a franchise or have already ruled themselves out of contention for the 2020 season.

Call of Duty’s franchised league will mark a new beginning for a competitive scene that has been growing and evolving for over a decade. Names that have been linked to the CoD esports landscape since its infancy will disappear as a new era of city-based franchising is ushered in.

While some community veterans, including 100 Thieves owner Nadeshot, have expressed concerns about the change, others – such as Team Envy owner hastr0 – are seeing it as an opportunity to grow something brand new.

One thing’s for sure – the passion of Call of Duty’s esports fans, players, and franchise owners will continue to shine through as it always has.