His comment comes in lieu of Team Kaliber’s performance, where they placed an impressive second behind eventual winners, Evil Geniuses.

Team Kaliber worked their way through winner bracket before facing off against EG in the WB final, but were sent to the loser bracket where they dispatched of FaZe Clan to get another shot at EG.

Although they were ultimately defeated in the grand final, Team Kaliber’s strength was nothing to sniff at as they put on an epic show for the thousands in attendance and hundreds of thousands watching at home.

Although Noah admitted that he’d never watched much Call of Duty, Kenny’s performance in Grand Finals struck a cord with the Immortals’ CEO. 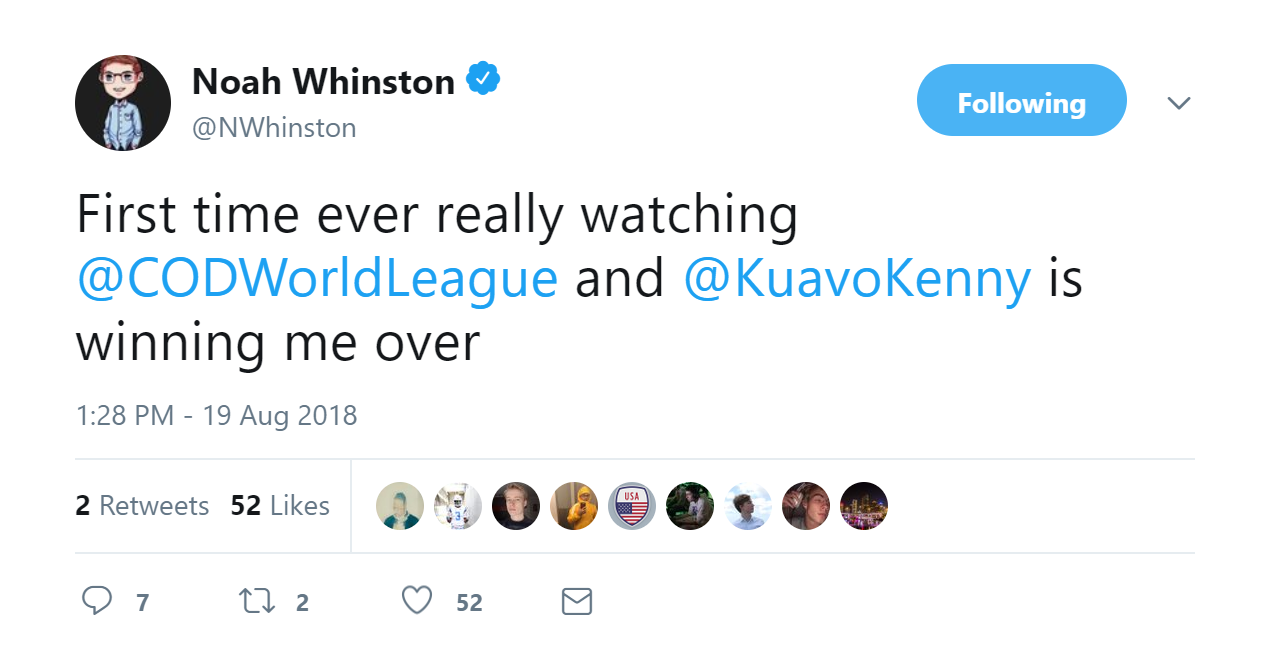 While the Immortals have yet to pick up a team for Call of Duty, they are no stranger to FPS titles – with a unit for Rainbow 6 Siege and CS:GO, could CoD might be their next team shooter?

Kenny’s status as Astro Gaming’s Stage 2 MVP in the CWL also marks a gold star on his resume. Combined with his stellar performance at CoD Champs, Kenny could very well be looking at a slew of offers from multiple teams following TK’s impressive play throughout the WWII season.

Kenny has likewise expressed a desire to leave Team Kaliber. Following a vlog uploaded by team leader Justin ‘KOSDFF’ Chandler, and tK’s star player made a slew of statements regarding poor pay, property theft, and an ultimate feeling of disrespect.

Now that the CWL has officially wrapped up, tK’s impressive performance this season could mean a serious reorganization for the group ahead of Black Ops 4.

Whether or not Kenny remains with the team is yet to be seen, and Noah’s Tweet could have been nothing more than an innocent remark. Only time will tell if both Kenny and the Immortals will see major changes in their competitive futures.