Call of Duty Black Ops 4 introduced a new C.O.D.E. Jump Pack on July 16 that gives players a new wingsuit, parachute and trail, along with a dynamic PS4 theme that directly supports military veterans.

This DLC and theme are part of the Call of Duty Endowment program that’s designed to give back to the men and women who have served in the military.

All proceeds made from the DLC will go directly towards what it takes to help veterans transition back into civilian life, according to a blog post by Activision. 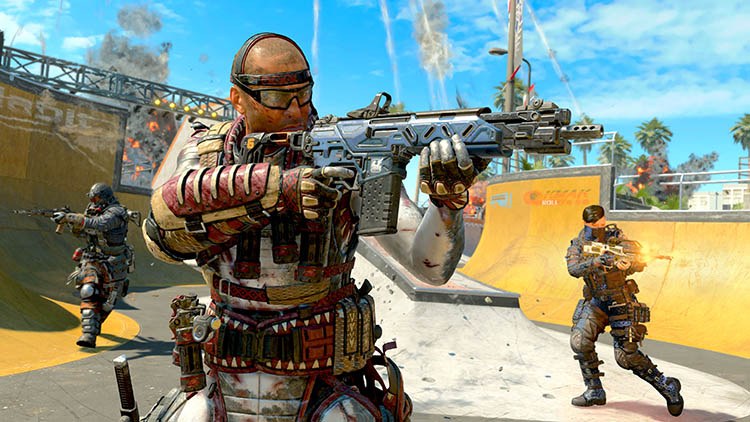 If you’re in the United States or United Kingdom then you are able to pick up the pack right in the PlayStation Store. This content comes first to PS4 but will follow on Xbox One and PC.

All of the proceeds go directly to nonprofits that place veterans into jobs coming off their service.

On top of the Jump Pack, we also get a chance to pick up the “Night Raid” dynamic theme on PS4.

This theme is available for $2.99 / £2.50 but those in the United States have an option to donate even more money. Paying extra money will still get you the same theme so keep that in mind when you choose what to donate.

Unlike the C.O.D.E. Jump Pack, this theme is a PS4 exclusive so you won’t be seeing this on PC or Xbox One in the future.

Players have to go to ‘Settings’, ‘Themes’, ‘Select Theme’, and choose ‘Night Raid – Dynamic Theme’ in order to set this theme as their PS4 background.