How to place top 10 in Call of Duty: Warzone - Survival tips & tricks - Dexerto
Call of Duty

How to place top 10 in Call of Duty: Warzone – Survival tips & tricks

What are the best ways to survive and make the top 10 in Call of Duty: Warzone? Using everything from Buy Stations to tactical landings, we break down the best ways to play your Warzone match, ensuring you stick around to the very end.

Call of Duty: Warzone, the series’ sophomore battle royale effort, has been hitting yet more milestones of late. With a whopping 75 million players now confirmed, it’s in the upper echelons of most popular games in the world.

As a result of the BR’s faster elimination times, some players are struggling to fight their way into top 10 placings consistently. However, as the best players prove, there is a way of consistently placing well, even when you come up against high skill players.

These suggestions probably won’t do a lot for players looking for high kill games, but if you’re struggling to stay alive then this is the guide for you. Here are our top tips and tricks to give you the best chance of placing top 10, and still being alive when the game’s end comes around.

If you’re looking to stay alive in early game, you’re best dropping in places away from the centre of the map, but also away from the plane’s route. You don’t necessarily have to cross the entire map, but avoiding busy areas like Stadium, Superstore and Downtown will help you survive the chaotic period when everyone is looting up.

Storage Town and Airport are very good for loot, but you may find that there’s a few too many enemy teams to contest with. Areas like Prison, Lumber and Farmland are also good for loot, and provide a multitude of areas to traverse and escape enemies. 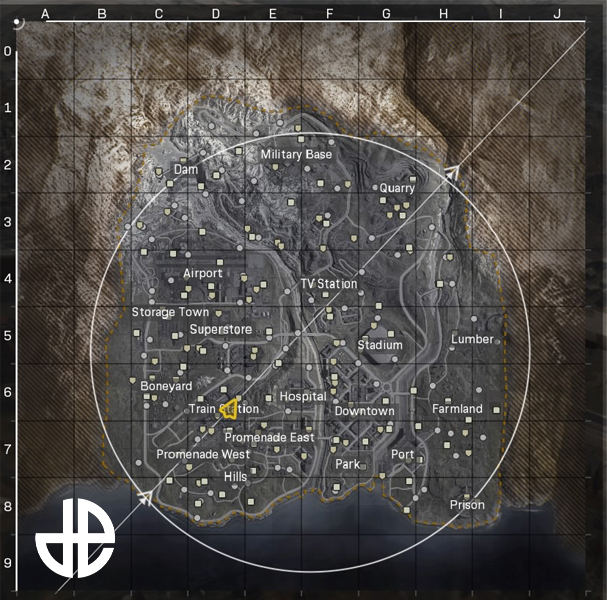 In the example given above, there is even more reason to avoid central areas, given the fact the plane goes over the middle of the map. For this route, Farmland, Port, Storage Town, Dam or Military Base seem the most sensible options if you’re trying to stay alive off the bat.

Realistically, if you’re struggling to stay alive into the top 10, you’re not going to be chasing enemies and trying to maximize your kill count. This brings us onto our next tip – to pick your gunfights intelligently and be pragmatic about them.

If you’re on top of a building and see an enemy moving across open ground, then have at it. Realistically you can always back out of the fight if the tables turn against you. If you’re in open ground on your own and you open fire on a team of three, then you’ve only got yourself to blame.

The top of tall buildings offer good views and safety from enemies at ground level.

The image above shows a good place to start a gunfight with an enemy. The image below, assuming an enemy is on the building’s roof, shows you exactly the kind of gunfight to avoid, where you have minimal cover and the burden of being lower than your opponent.

High ground is advantageous in nearly every gunfight.

Complete all the Recon challenges you can

Our next tip is fairly simple, complete the game’s Recon challenges. These appear on the map as little flags, and offer an insight into where the next circle will be. Not only that, but they give players a small financial reward and some loot as a reward.

Just know that completing them sends a flare up, so you might have to keep your wits about you as you’re securing the location. The reward certainly outweighs the risk though.

The Recon challenges are pretty easy to find on the map.

In a game like Warzone, where pushing through open ground into a pre-aiming enemy is essentially suicide, getting set up in the final zone is a sure fire to ensure your survival. The more Recon challenges you complete, the more zones you can see.

Moving to the circle early will avoid getting caught by enemies while you’re rotating.

Use Buy Stations to strengthen your hand

Buy Stations are seriously useful in almost any in-game scenario. Things like a Gas Mask can quite simply decide an end-game situation, while a UAV can help you get there in the first place.

While some players can run the Ghost perk to hide themselves from UAVs, they will give you a rough idea of the location of the enemies nearest to you. From there, you can avoid them and stay alive, or catch them unawares and get the kill.

New additions like the Armor Boxes are incredible powerful, and keep you ahead of enemies in squad modes. They will allow you to always be at maximum health going into a new engagement, meaning you have the best chance of coming out alive. 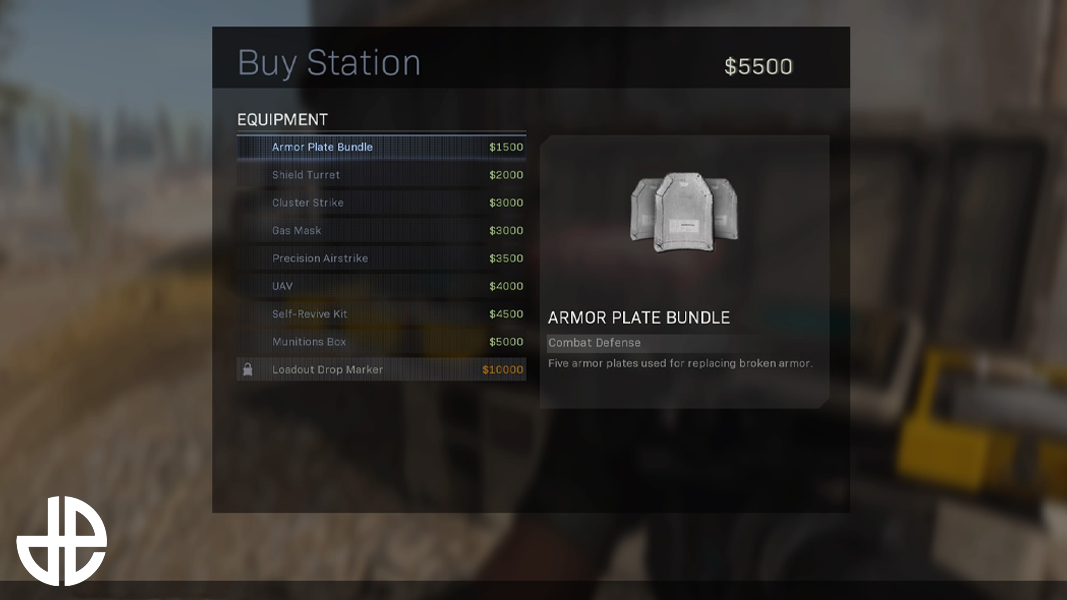 An Armor Plate Bundle costs just $1500, but could save your life in any scenario. Make sure you use buy stations to stock up on armor and keep yourself in the know about enemy locations. If you need tips on accumulating cash quickly in Warzone, you can check out our full guide for that.

Avoid Vehicles as best you can

If you’re just trying to stay alive and give yourself a shot of winning, your best bet is probably to avoid vehicles altogether, unless they’re your only way to avoid dying to the zone.

When you use a vehicle, you appear as a red marker on every nearby enemy’s mini-map. This is the opposite of what you want to do if you’re trying to stay alive.

If you have to use a vehicle, try and throw a trophy system on to it to stop projectiles being able to blow your car up. Hopefully, if you’re doing Recon challenges and moving to future zones early, you won’t be need to use a vehicle.

Vehicles make you an easy target.

That rounds off our tips and tricks to place top 10 in Call of Duty: Warzone! We hope they help you to your first win.