How to complete Black Ops 4 Dark Ops challenges in Multiplayer, Blackout and Zombies

The ‘Dark Ops’ challenges, first seen in Black Ops III, are back for Black Ops 4, and are now available in multiplayer, Zombies and Blackout, with each mode having its own set of hidden challenges.

These challenges are unlike any others in the game, as they do not reveal what the challenge requirements are until after you have completed it, which of course makes completing them a lot harder.

On top of that, the challenges themselves are deliberately difficult and obscure, but should you complete them you are handsomely rewarded with some very rare and good looking calling cards.

Although these challenges do not count towards your total challenge completion percentage, true completionists will want to do them all the same, but be warned – they are very testing.

You can see a full list of every Dark Ops challenge in Multiplayer, Blackout and Zombies below, and what you need to do to complete them. 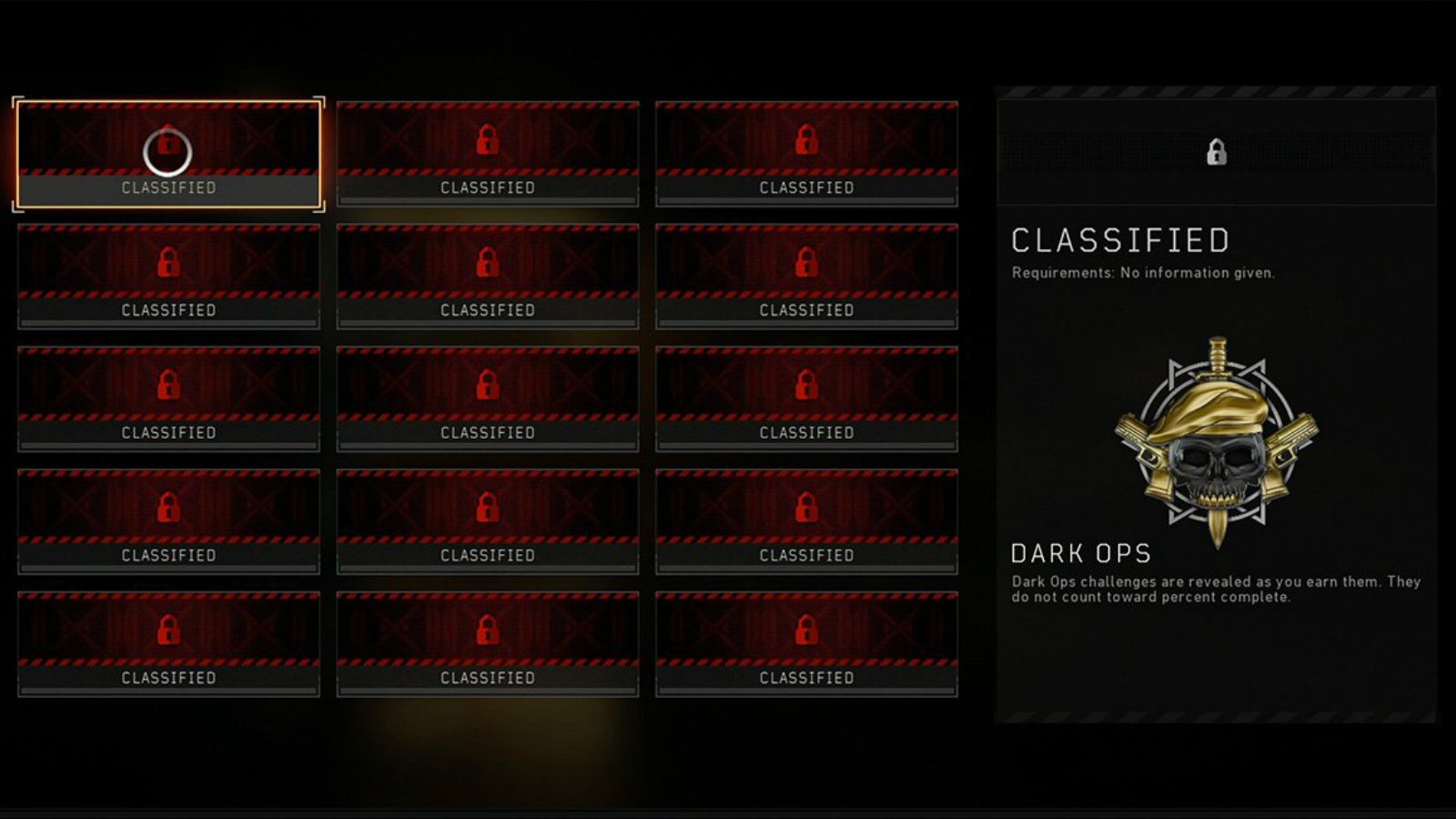 Fire with Fire: Kill an enemy that is using the Purifier with a Molotov.

From the Depths: Get 25 kills against enemies that are on land when you are shooting at them from underwater with a primary or secondary weapon.

Gemmed Out: Activate the highest tier of Dark Matter Camo (30 killstreak) with every primary weapon.

Get Outta Here: Get a Shutdown medal by killing an enemy that has activated Grav Slam while they are still in the air after using the Grapple Gun.

Nuked Out: Earned a Nuclear medal (30 killstreak) in FFA (no scorestreaks).

Obtained: Win a Team Deathmatch, Free For All, Heist or Search and Destroy game and have the most EKIA and least deaths of all players in the game.

Shrug it Off: Survive a direct hit from an enemy RC-XD and kill the enemy who was driving it in the same life. 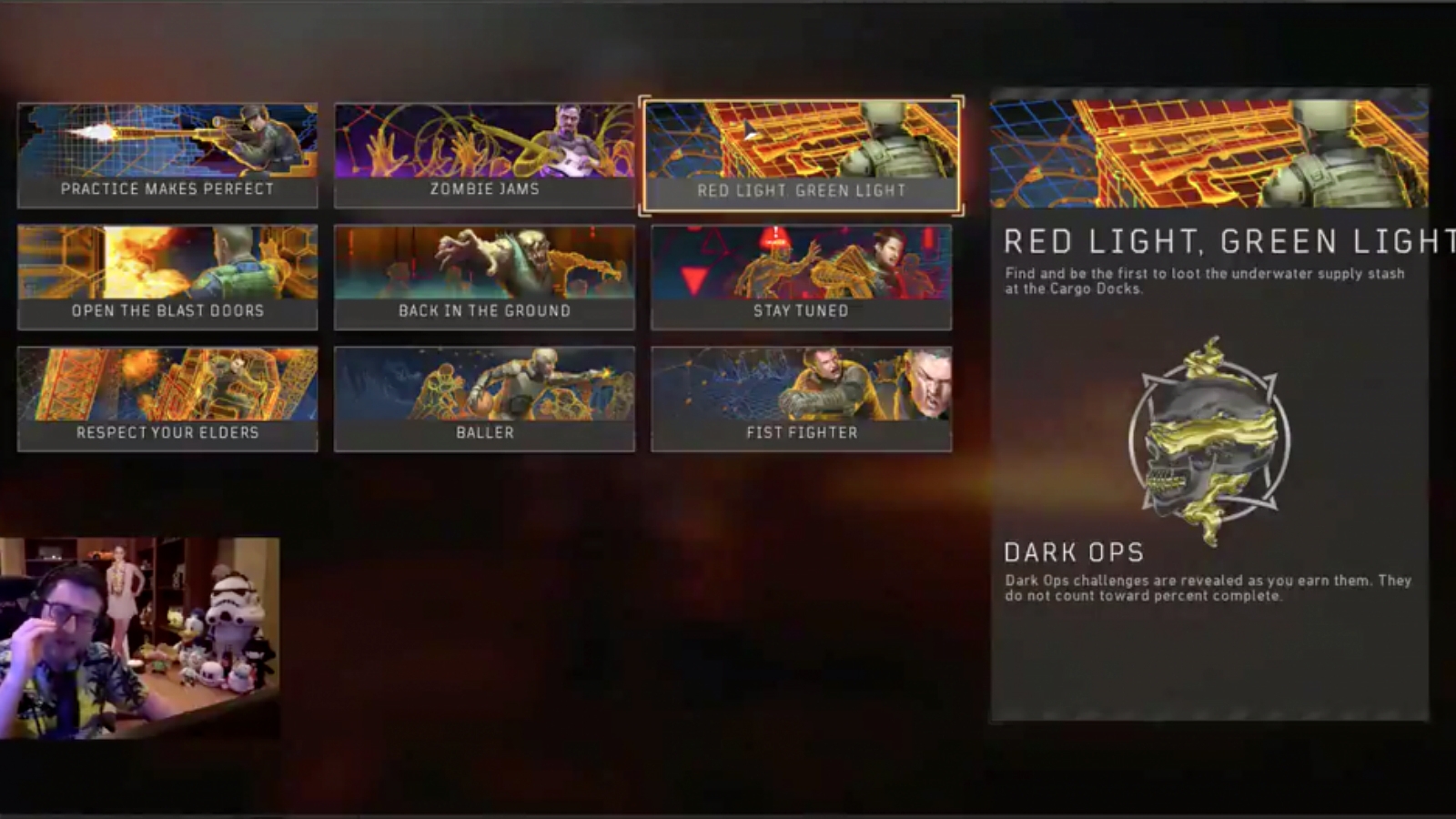 Back in the Ground: Kill 100 Zombies

Fist Fighter: Kill an enemy using only your fists

Red Light, Green Light: Find and be the first to loot the underwater supply stash at the Cargo Docks (Cargo Docks)

Zombie Jams: Activate the Jukebox at the Diner (Array) 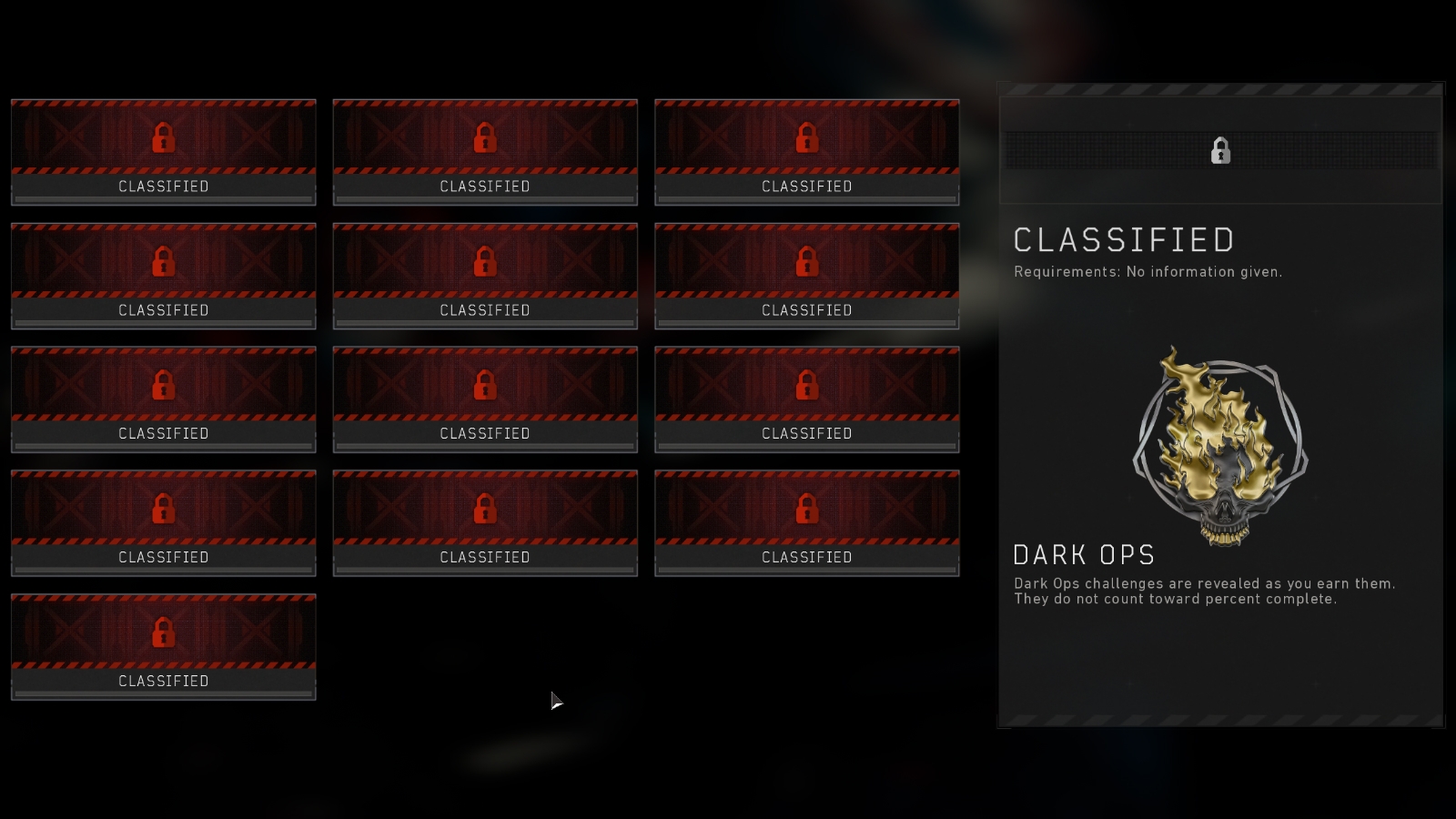 There are a total of 13 of Zombies challenges, but only a handful have been discovered so far.

Dodgy Devil: Survive to round 20 on Classic Zombies without being hit.

Perkless In Prison: Complete the main quest on Blood of the Dead using no perks.

Put to the Quest: Complete all three main Easter Eggs from the original launch maps.

Sands of Time: Complete the main quest on IX in less than 100 minutes.

Sea Legs: Complete the main quest on Voyage of Despair without being downed.

?: Complete the main Blood Of The Dead Easter Egg in less than 115 minutes.

We will keep this article updated as more Zombies Dark Ops challenges are discovered.