New NRG Esports co-CEO Hector ‘H3CZ‘ Rodriguez has hinted at which esports organization he was considering joining following his departure from OpTic Gaming.

One of the biggest esports headlines of 2019 was that of H3CZ parting ways with OpTic Gaming, the organization he spent over a decade building into a massive powerhouse.

He subsequently decided to join NRG as their new co-CEO, although it’s been noted that there were several orgs looking into possibly recruiting him.

In fact, it turns out that one of those was none other Envy Gaming, the parent company that owns Team Envy, the Dallas Fuel of the Overwatch League, and the Call of Duty franchise that will be based in Dallas for the upcoming new league.

H3CZ himself revealed this on the October 3 episode of his ‘Eavesdrop Podcast,” during a segment about what he was considering doing with his future post-OpTic. 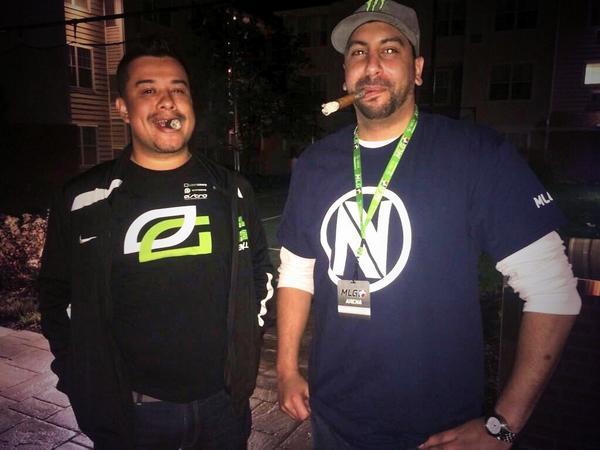 Esports legends H3CZ and Hastr0 would have made powerful partners.
[ad name=”article3″]

“I was having conversations with Hastr0 too, and that almost happened,” he said, referencing Envy CEO Mike ‘Hastr0’ Rufail. “And that would have been dope, because Hastr0 and I get along famously.”

Obviously, if what he was suggested did end up taking place, it would have been a bombshell development, considering that both he and Hastr0 are locks to be on the Mount Rushmore of esports history.

It undoubtedly would have been a surreal experience for OpTic Gaming fans, and Call of Duty scene in general, to see H3CZ draped in Envy colors, seeing as how the two organizations have been intense rivals over the years, with matches between them even taking on the nickname “eClassico.”

However, as it has since turned out, that partnership never ended up coming to fruition, and while the specific reason(s) for why it didn’t may never be revealed, H3CZ did say that “at the end of the day, I had to make sure I did everything right again.”

Now, depending on what players each organization ends up signing for their Call of Duty rosters, H3CZ and Hastr0 could see their teams become rivals again in the new franchised league.

As things stand, neither NRG’s Chicago franchise nor Envy’s Dallas one have announced any player signings yet, and you can keep track of all roster and team announcements via our dedicated Call of Duty franchising RosterMania hub.