Trash talking is a staple of Call of Duty esports, and it was in full force even before the CWL Fort Worth major tournament kicked off on March 15.

During a segment of the show, Maven asked the three players to take crack at drawing a new logo for CWL team Midnight Esports, who have been on the wrong end of a lot of jokes and roasts about their recent brand overhaul.

While Clayster and Attach actually did try their best in creating a replacement logo for Midnight, Envoy, who recently played for the team in the CWL Pro League, decided to take a shot at his former org.

Envoy’s drawing was no esports logo at all; it was instead the word “TRASH” written boldly atop a picture of a trashcan.

The reaction of the players and Maven was exactly as you’d expect; the group laughed in amusement at how Envoy had used the opportunity to further roast his former org.

Those who have kept up with CWL Rostermania recently will find it hard to blame Envoy for his stunt, considering how contentious the past few weeks had been for him and Midnight.

Despite going 5-2 in the CWL Pro League, Midnight decided to dismantle their roster in favor of more experienced veteran players, which happened around the same time that they were faced with serious accusations of blackmail. 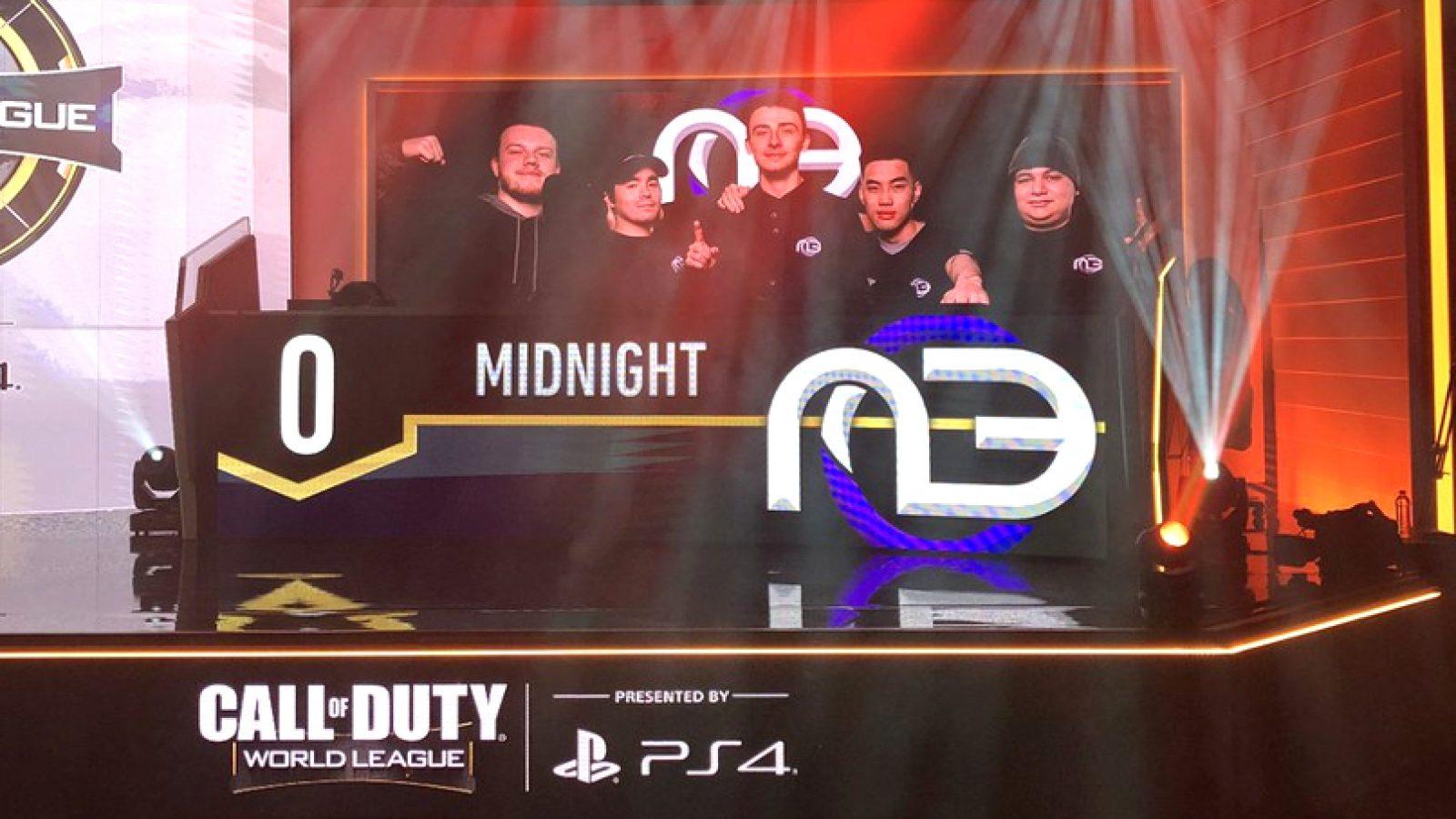 Envoy was formerly part of the Midnight roster that qualified for the CWL Pro League and did well over the first two weeks.
[ad name=”article4″]

There is no doubt that Envoy would love to get a crack at playing against his former org at CWL Fort Worth, especially if it comes with the chance of eliminating them from the tournament.

However, with Gen.G being in Pool A and Midnight in Pool C, a meeting between the two teams, if it were to happen, would have to take place in the knockout stage of the competition.