Things are beginning to heat up as we head into the first franchised season of Call of Duty. Of course, much speculation surrounds the ongoing rostermania amid the team shuffle that has ensued subsequent to the introduction of the CDL.

One of the more topical developments has been the rumored rekindling of the notorious ‘T2P’ duo that consisted of FormaL and Seth ‘Scump’ Abner, which formed part of the OpTic Gaming dynasty that reigned throughout Infinite Warfare. 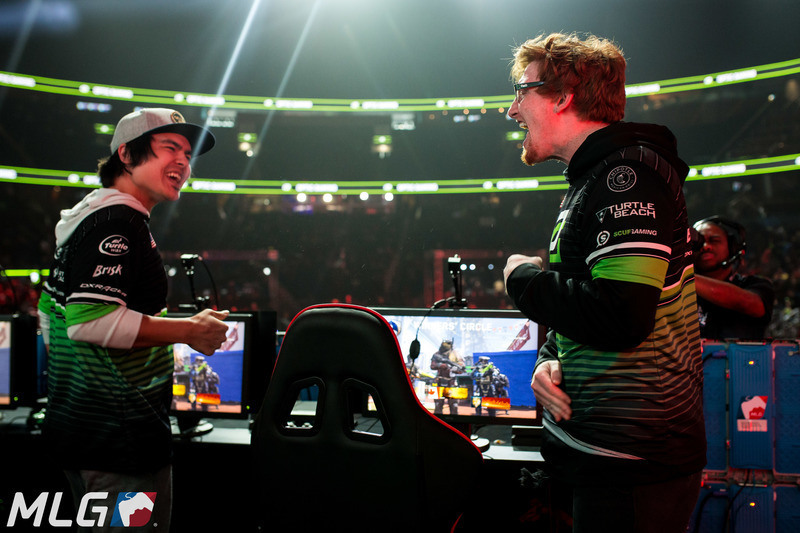 Seth and FormaL won their first world championship together back in 2017.
[ad name=”article2″]

Fans of the popular pair have been previously teased with a nostalgic resurrection going into the 2020 season, as FormaL has dropped subtle hints on his Twitch stream which many have interpreted as a sign of a reunion in the not-so-distant future.

Given the success and favorability gained by the duo in previous iterations of the franchise, the speculation has snowballed. In a Twitch stream on October 12, Piper added to the buzz by trolling Simp, after out-gunning current world champ in a one-on-one battle.

After breezing past Simp’s teammate, the ex-OpTic Rifler found himself in a close-quarters engagement with last year’s rookie of the year nominee.

After maneuvering his way to safety, FormaL ducked and weaved before taking out Simp. He then exclaimed:“By the way, Simp… Sit the f**k down, baby — Seth’s better.”

Many still proclaim Scump to be the best Call of Duty player in the game, and by favoring his T2P counterpart over last year’s World Champs MVP, this could be a sign of things to come for the duo.

Stay tuned with Dexerto as we unveil the latest stories as they unfold during this season’s rostermania.