The formidable duo of Matthew ‘FormaL‘ Piper and Seth ‘Scump‘ Abner is rumored to make a return, and the Luminosity player has teased nostalgic fans about their possible reunion.

The two players are heading into the franchised league for Call of Duty starting in 2020, and there have been rumors circling that they could be set to join forces once again.

During the reign of the ‘OpTic Dynasty’, the pair were known as T2P (time to pound), which was first coined in the Advanced Warfare season, and they went on to win countless events together. 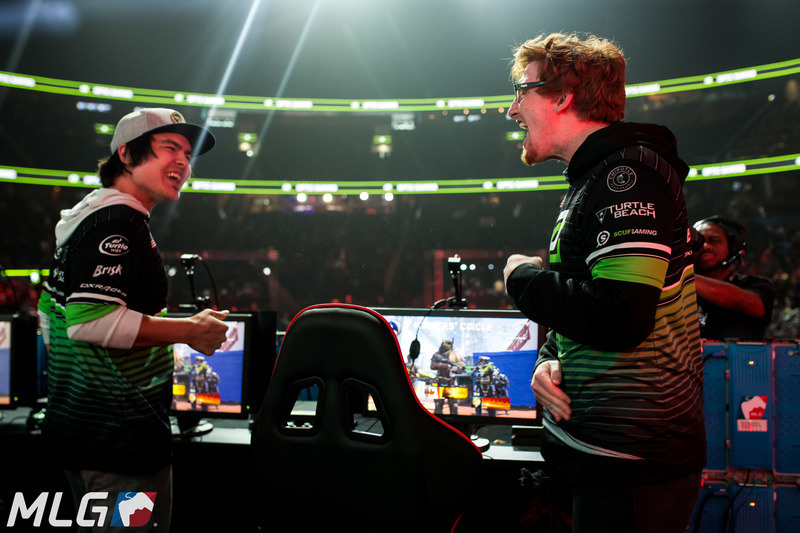 FormaL and Scump won the 2017 World Championship together.

A rift grew between the pair during the WWII season though, as performances and placings dropped, partly due to Scump living on the West Coast, causing issues with practice.

After FormaL left to join LG, neither player has enjoyed the same level of success, and so a possible reunion has been rumored, and the Luminosity man is adding fuel to those rumors.

During his September 22 stream, he asked fans to spam ‘T2P’ in the chat after an “aggressive SMG” teammate wiped out the enemy team. “Can I get some T2P’s in the chat for Seth!” the former CoD World Champion called out.

Some viewers may have thought that this was actually Scump himself playing, although it is believed this was simply a random teammate, who FormaL chose for a cheeky troll.

He was actually playing alongside 2019 World Champion Alec ‘Arcitys‘ Sanderson and Dylan ‘Envoy’ Hannon, and later in his stream teased fans again, saying he hoped everyone “enjoyed the team scrims.”

FormaL also teased fans on Twitter, after Scump tweeted ‘Do you remember?’ – Simply replying ‘I do’.

Some franchise teams have begun making team announcements already, with Modern Warfare only one month away from a full release, when rosters will want to begin practicing properly.

So far, only London and Minnesota franchises have made any announcements, both confirming three players each, and a coach.

Each roster requires a minimum of seven players (that includes two substitutes and five starters) up to a maximum of ten. Where exactly FormaL and Scump end up is still not public knowledge, but fans are desperate to see them on the same team once again.

You can keep up with all the roster moves in the Call of Duty offseason here.