Treyarch has released an update for the Blackout Beta as a hotfix, with a increase to playercount, plus lots of gameplay improvements and bug fixes

As announced before the beta went live, Blackout started with 80 player lobbies, twenty less than the typical 100 in most other Battle Royale games.

To some it was a surprisingly high number however, as Call of Duty is known for small player counts, and it was higher than Battlefield V’s 64 player battle royale mode.

However, after feedback from day one of the beta on PlayStation 4, it looks like Treyarch are testing out a slight increase to player count, as some beta players have reported seeing 88 in the counter.

During the beta phase Treyarch said they would test out various changes to see how the balance would work. Vonderhaar has now confirmed on Twitter that the player count is increased to 88.

Another major change is to picking up items, which was initially cumbersome with a hold square system. Design lead David Vonderhaar confirms improvements have been made here too. 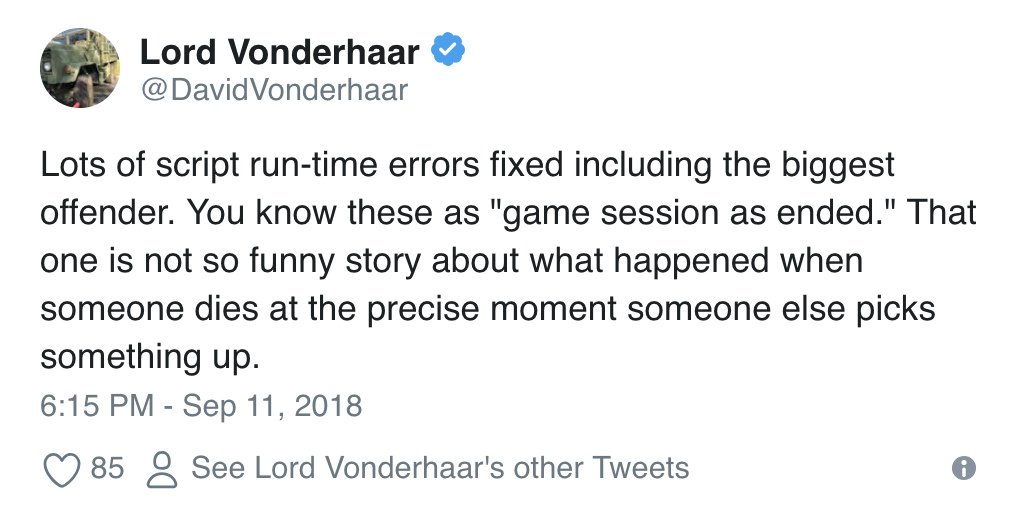 Higher player counts were feared to cause performance issues, but initial experiences on PlayStation 4, both the regular and ‘Pro’ version of the console, is that the frame rate is consistently smooth, with perhaps some cut backs in graphics quality.

The real test for graphical quality and frame rate issues will come with the PC beta, which is set to start on September 14.

The quick equip menu, which is activated by pressing Up on the D-Pad is said to now automatically dismiss itself after 5 seconds of not interacting with it.