The second major tournament of the CWL season will be taking place at Fort Worth, Texas, but Call of Duty pro player Thomas ‘ZooMaa’ Paparatto has announced that he will not be competing.

Despite participating in the CWL Pro League with OpTic Gaming, ZooMaa was never officially a member of the team, as he had simply been borrowed from FaZe Clan as a substitute player and nothing more.

This meant that he would not be able to compete in at CWL Fort Worth unless he either joined a Pro League team that had a guaranteed spot in the pro tournament, or assembled a team for the Open Bracket of the amateur competition.

However, the longtime competitior has chosen to do neither, choosing to sit out the tournament and focus on the remainder of the season instead.

“Will not be competing at Fort Worth,” he tweeted. “I feel like it’s in my best interest to wait this one out and see what the future has in store for me come next roster change period. Good luck to everyone competing.”

Will not be competing at Fort Worth I feel like it's in my best interest to wait this one out and see what the future has in store for me come next roster change period. gl to everyone competing

So what does this mean for ZooMaa’s future? First of all, with the roster lock put back in place on March 8, the FaZe star will have to continue being OpTic’s substitute until the next roster change window opens, which will be April 5-22.

Judging by the fact that he took this long to make this announcement, it’s likely that ZooMaa tried his best to find the most suitable situation for himself before the March 8 deadline, but ultimately decided that playing the waiting game was better than rushing into something he may not have been totally comfortable will. 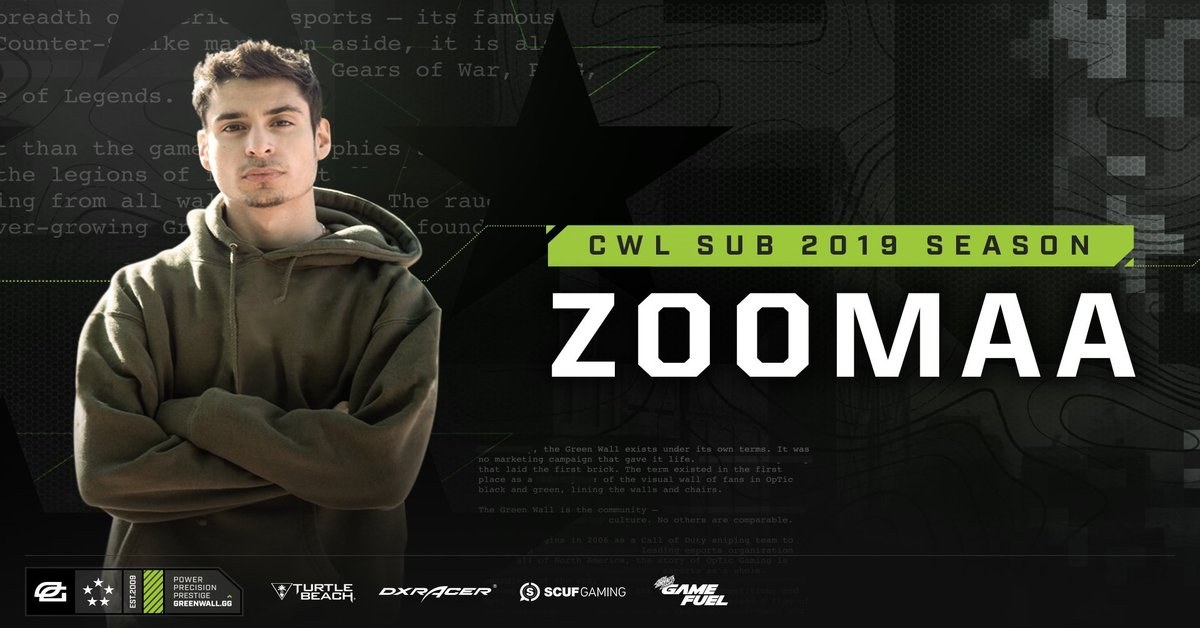 ZooMaa’s decision not to join a new pro team for CWL Fort Worth means that he will continue serving as a sub for OpTic Gaming in the CWL Pro League.
[ad name=”article4″]

ZooMaa will not be the only high-profile CoD player to skip out on CWL Fort Worth; 100 Thieves’ Maurice ‘Fero’ Henriquez made a similar announcement on March 7.

Much like his FaZe counterpart, Fero cited his longer term goals as a reason for missing the tournament, as he will continue serving as 100 Thieves’ substitute in the CWL Pro League for the time being.