The pair edged out eUnited pro James ‘Clayster’ Eubanks and academy star Chris ‘Simp’ Lehr in the grand final to secure the $6,000 first place prize and the prestige of a Code Red championship.

Before reading on, please go over the scoring format to better understand the remainder of this recap.

Code Red is a double-elimination tournament that will start off with 16 teams of two players each. Since there are no publicly available custom games yet in Blackout, the competition will follow the standard ‘total of two’ format.

Each round, the Duos that are matched up together will queue into a Squads lobby and try to get more combined eliminations than their opponent. After two maps, the team with the more combined kills from both maps wins.

If kills are tied after the two maps, a third map will be played, with the first Duo to get to five total kills first winning. If neither team gets to five, the one with the higher number of eliminations wins.

Having lost in the first round of the Winner’s Bracket, ZooMaa and Asim went on an incredible Loser’s Bracket run to reach the grand final, winning six straight matches in the process.

However, since Clayster and Simp had won the Winner’s Bracket, they only needed to win one of two matches in the grand final, while the FaZe players needed to win both if they were to be crowned victors.

Full of confidence, ZooMaa and Asim came out hot in map one of game one, putting up nine kills while eUnited were eliminated early and had zero.

That early advantage was enough to carry ZooMaa and Asim to an 11-6 overall victory in the first game, which reset the bracket and forced a winners-take-all game two.

The second game started off a lot more tightly contested than the first, as the eUnited boys narrowly led 12-11 after the first map, looking to close things out in map two.

However, with everything basically on the line, the two teams made an aggressive decision to land in a central area of the map, which proved to be more rewarding for ZooMaa and Asim as they wrapped up map two 10-5 to win game two 21-17 and secure the Code Red championship.

Here are the final placements of the December 14 running of the Code Red Blackout tournament, along with the prize breakdown for each placements.

Located below the final placements are the finalized Winner’s and Loser’s Brackets, which include the aggregate scores of each match from the tournament. 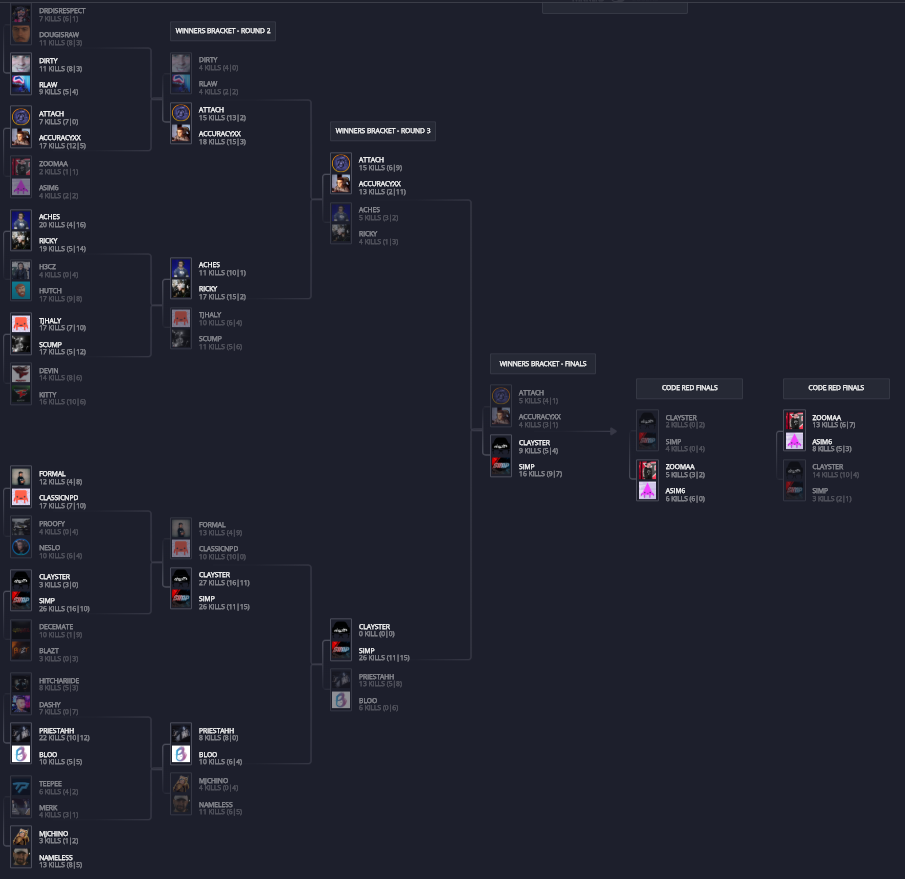 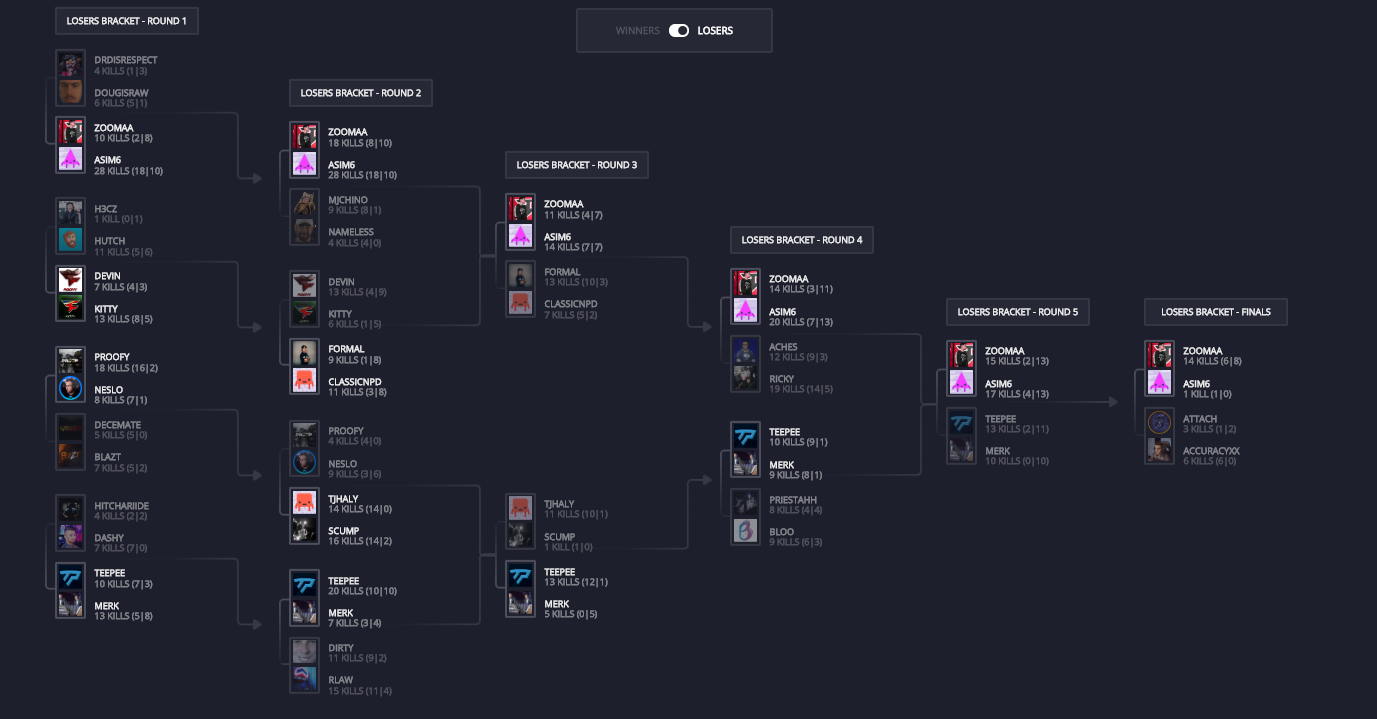 About the Code Red Blackout tournament

Code Red is a collaborative project that features tournaments for both Blackout and Fortnite battle royale titles. It is put together by popular Twitch personality Dr DisRespect, the livestream gaming platform called BoomTV, and EsportsArena.

The December 14 tournament was the first to be solely dedicated to PlayStation 4 players, and it featured some of the biggest names in all of Call of Duty esports from orgs like OpTic Gaming, FaZe Clan, eUnited, Splyce, and more.

More information about BoomTV and the Code Red tournaments can be found on their official website HERE.