Evil Geniuses reveal Call of Duty future ahead of franchising

Call of Duty, confirming that they will not be one of the franchise teams taking part in the new league next year.

The highly-anticipated franchising of Call of Duty is set to kick off in early 2020 with the arrival of Modern Warfare and seven teams have already been announced. The city-based format, similar to Activision Blizzard’s Overwatch League, will see squads represent worldwide cities like Atlanta, Dallas, Los Angeles, New York, Minnesota, Paris, and Toronto.

A number of current fan-favorite teams like OpTic Gaming, Luminosity Gaming, Team Envy, and Splyce will each run a franchised roster, however, one historic name will not be returning to the scene. 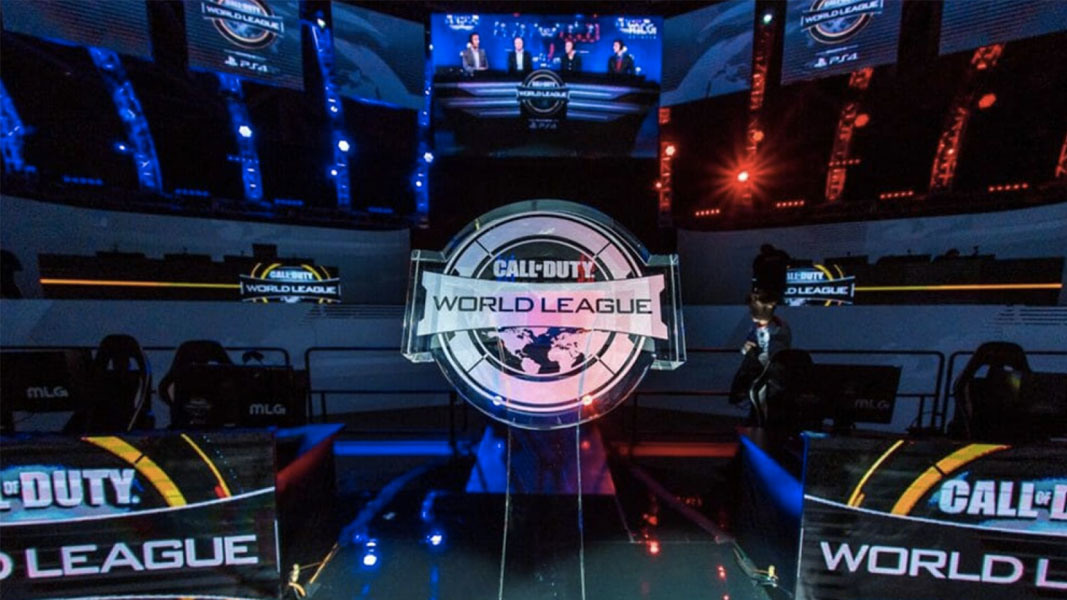 The CWL will be coming to a close with the start of franchising.

On July 22, in a statement, Evil Geniuses revealed that they won’t be making the step into the franchise league for the inaugural season as they look towards the future and keep building the brand’s strength.

“We’ve enjoyed competing in COD under the Evil Geniuses name for years, and unfortunately, we won’t be bringing the EG name to the forthcoming CWL Pro League 2020 season, or competing under the banner of any of the city-based franchises,” the statement announced. 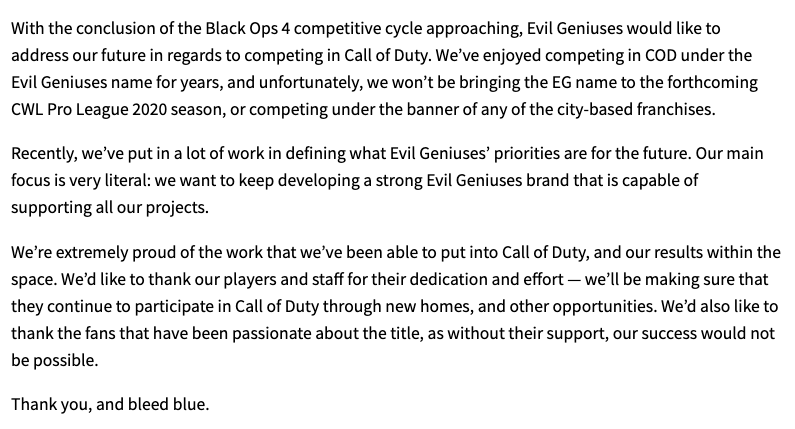 Evil Geniuses’ also announced that they won’t be leaving their current roster short-handed and will look to help them transition moving forward.

They added: “We’re extremely proud of the work that we’ve been able to put into Call of Duty, and our results within the space. We’d like to thank our players and staff for their dedication and effort — we’ll be making sure that they continue to participate in Call of Duty through new homes, and other opportunities.”

Despite a heartbreaking elimination in the CWL Finals play-in bracket, and not moving into franchising, Evil Geniuses will still be competing at August’s CWL Championships, their final event in Call of Duty.

However, with the draw for the prestigious event still yet to be made, EG will not find out their fate for CoD Champs’ pool play stage until July 31. 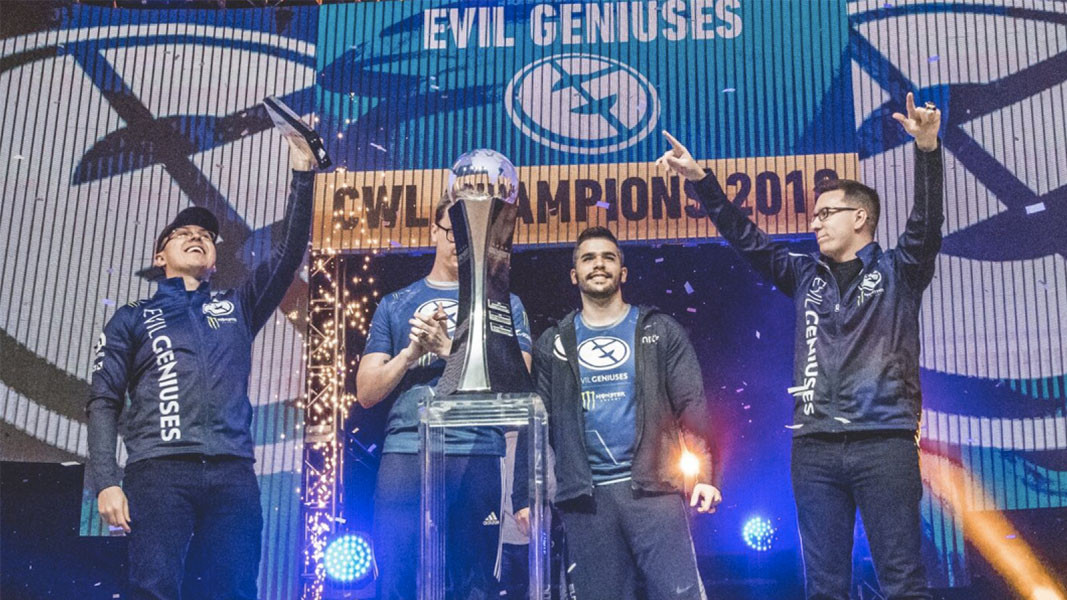 The historic org, who have claimed a CoD Champs title, are exiting CoD.
[ad name=”article5″]

The exact number of teams that will be a part of the Call of Duty League’s inaugural season is currently unknown.

Top names like 100 Thieves, FaZe Clan, and Gen.G are currently without spots, so it remains to be seen as to who will be making the move over as cleary EG won’t be.