North American esports organization Echo Fox have made a major announcement in regards to their future in Call of Duty esports.

In a statement released on October 9, Echo Fox President Jared Jeffries announced that the org will be disbanding their CoD team ahead of the upcoming Black Ops 4 season.

This comes as part of a major organizational realignment, which also includes the disbanding of EF’s Gears of War team, as well as the release of some of their Fighting Game and other select players.

“These moves allow us to focus our time and resources on the continued development of the remaining rosters,” Jeffries wrote. “Ensuring that we can deliver on the expectations of our fans, our players, and the rest of the Echo Fox family.

With Echo Fox not committing to fielding a team at any point in the near future, the Black Ops 4 season looks to be the first that the org will not participate in since they ventured into competitive CoD in 2016. 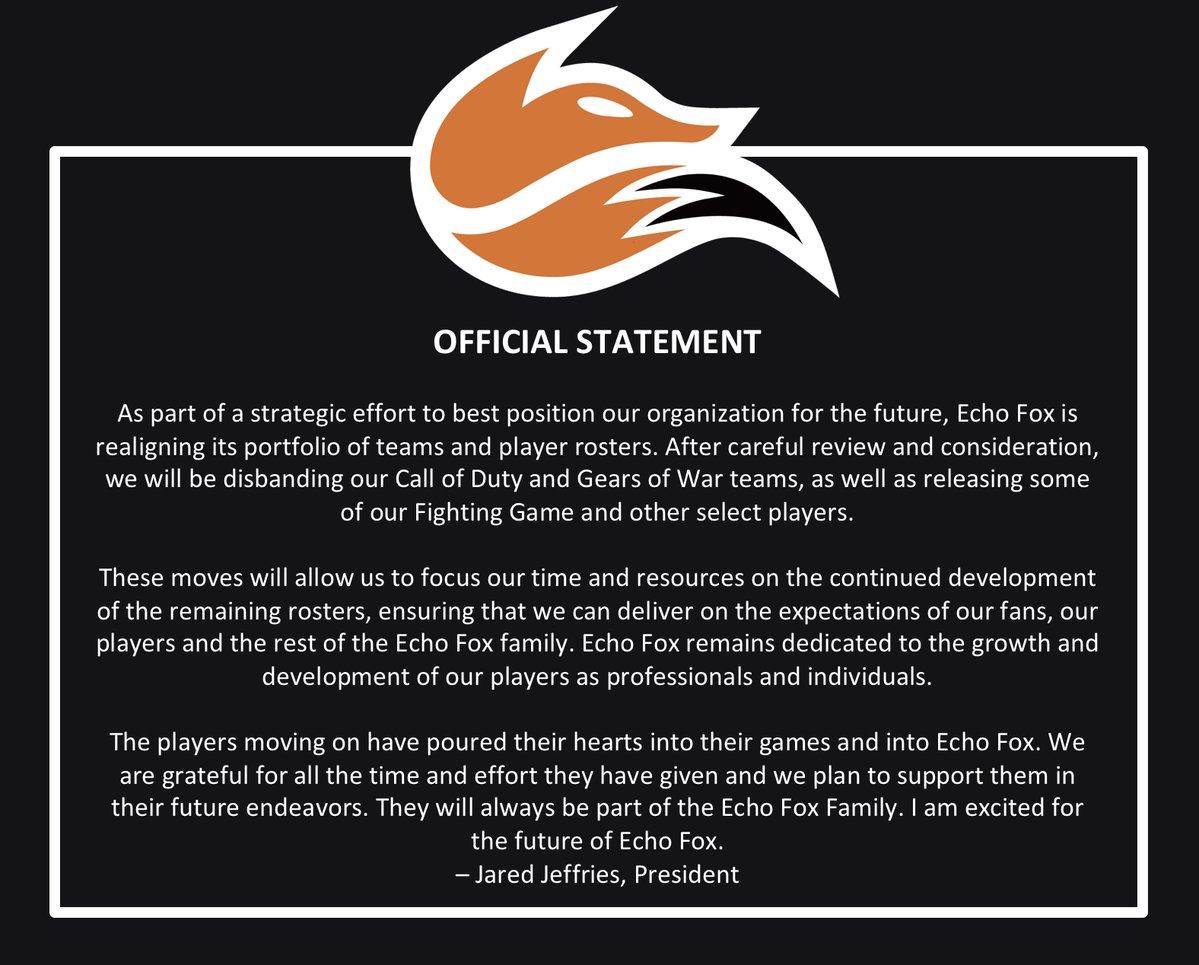 Despite not finishing in the top three at any of the major events, Echo Fox had a decent year in competitive Call of Duty.

The team qualified for both Stages of the CWL Pro League, advancing to the Playoffs in Stage 2, and also came in an impressive fourth at CWL Seattle.

With this announcement, the two remaining active players – Brice ‘Faccento’ Faccento and Renato ‘Saints’ Forza – are now free agents, with their future uncertain.

Ulysses ‘AquA’ Silva and Donovan ‘Temp’ Laroda, the other half of the EF roster that finished the WWII season, moved on to join Splyce several days before this announcement.

Keep up with all roster moves, team changes, and player announcements by visiting our dedicated Rostermania hub here.