Electronic Arts saw stock prices drop 11.9% at the end of August, shortly after the announcement that Battlefield V’s release date would be moved back into November.

We previously reported that EA shares dropped almost 8% immediately after Battlefield V’s release delay, but the damage was worse than initially estimates predicted.

On August 30 EA announced Battlefield V would be released on November 20, more than a month after the original release date of October 19. This delay might not be that big a deal if EA weren’t going up against some of their biggest competitors. 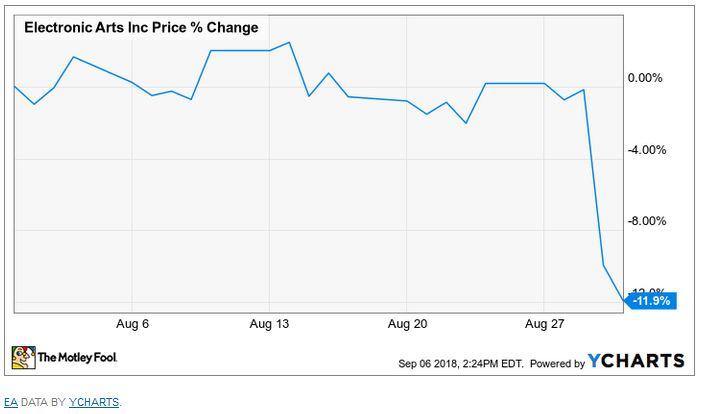 Activision’s Call of Duty Black Ops 4 is scheduled to come out on October 12 and Rockstar Game’s Red Dead Redemption 2 is set for an October 26 release.

Moving Battlefield V’s release date back almost a month behind two of the most anticipated games of the year shows EA isn’t confident in the game quite yet – and the preorder numbers show fans are taking notice.

Call of Duty’s new Blackout battle royale mode started it’s private beta this week and has been a hit in the community. If we compare that to the lackluster response Battlefield V’s beta received, things just don’t look good for EA’s flagship FPS franchise.