Dr Disrespect and shroud are among the several high-profile content creators that have been invited to participate in the global reveal event for Modern Warfare multiplayer on August 1.

While it’s not yet known in what capacity the two Twitch stars will be involved, they’ll likely get the chance to play some matches, including ones that may pit the pair against each other.

In anticipation of that, the Doc has already began flexing his competitive muscles, calling the former CS:GO pro “overrated” in one of his classic rants.

“He’s f*cking good at every game, and I’m getting sick of it,” he yelled. “He’s overrated!” 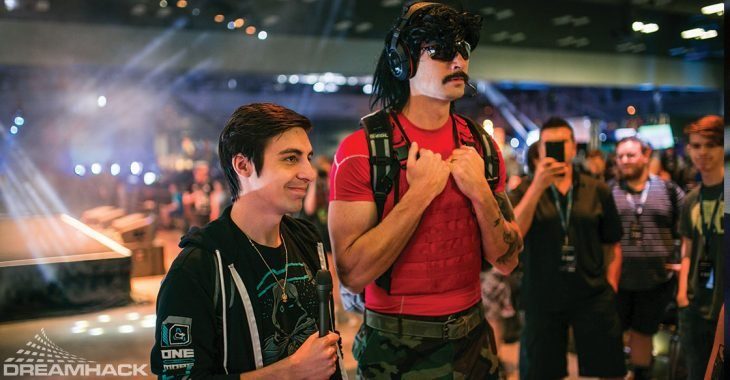 The Doc and shroud have made numerous appearances together in the past, but the one on August 1 may be the most competitive one to date.
[ad name=”article3″]

But the ranting did not stop there. With Hans Zimmer’s iconic track ‘Time’ from the film Inception playing in the background, the Two-Time went on to issue a stern threat to shroud.

If his words weren’t enough to send a message, his antics surrounding the dialogue definitely sealed the deal, most notably the globs of saliva that were streaming from his mouth and the almost inhuman screech he gave at the end.

And that’s not mentioning the fact that there was an animation of a detective’s tracking board playing in the background the whole time, with an image of shroud set as all of the suspects’ pictures .

The global reveal event for MW multiplayer is set to take place on August 1, with the presentation scheduled to kick off at 10 AM PT / 1 PM ET / 6 PM BST.

Alongside the Doc and shroud, there will be a multitude of popular content creators present at the reveal, including the likes of TSM’s Myth, Hamlinz, and Daequan, 100 Thieves’ CouRage, star YouTuber Syndicate, and many others.

Big names, but how’s their game?

Tune in tomorrow at 10AM PT for the full coverage of the #ModernWarfare Multiplayer Premiere. pic.twitter.com/2itKC1aLPR

Activision have already confirmed that the event will showcase the debut of the MP trailer, live gameplay featuring Operators, Loadouts, Killstreaks, and Field Upgrades, brand new maps and their day/night variants, and much more.