Doc has a history of being set off when game mechanics work against him and stop his momentum. The Two-Time even has uninstalled Player Unknown’s Battlegrounds more times then we can count.

However, the Twitch star was left fuming with anger after his move to kill an opponent was foiled by an in-game equipment item which stopped him in his tracks. 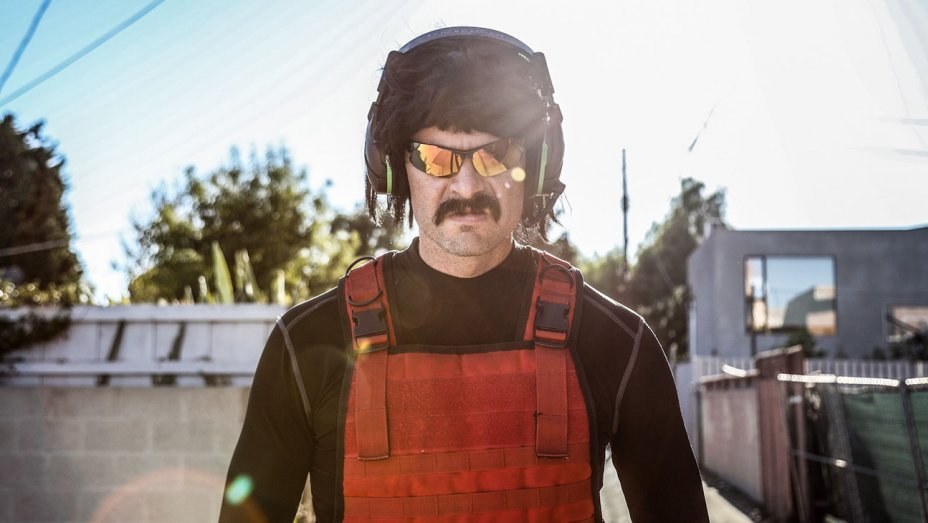 The Two-Time in all his rage-fueled glory.
[ad name=”article2″]

“You made a big mistake!”

Doc was looking for loot when he got tagged by an opponent from long range. “Where is this dude?!” he asked, looking around to see where the bullets were coming from. “Fire once, connect once, and then just kind of back out?”

After discovering that his attacker was in a building across from him, the Two-Time fired off some shots, hitting him back. “You made a big mistake!” he declared.

The Twitch star then used grapple gun to zip across the map, before going straight to the door where his attacker was hiding in. He was amped up and confident as he approached the door, opening it to reveal a razor wire had been deployed at the entrance of the room to stop him from coming in.

What he thought was an ingenious move, Doc used his grapple gun to zip over the wired obstacle, only for his character to get caught up in it, taking damage as he was locked in place.

His opponent then came around the corner and killed him, sending Dr Disrespect into an explosive rage.

“What the fuck is this stupid fucking game!? Huh!? What is this?” he screamed, before sending a warning to Infinity Ward who are making the upcoming Modern Warfare which comes out Sept 12, 2019.

Doc was playing matches to prepare himself for the $5k Blackout Code Red tournament that was held later the same day of September 4.

While the Twitch star’s practice didn’t go as well as he might have expected, the Two-Time was still confident going into the tournament, amped up and ready to bring his high intensity style of play, despite being frustrated with the game’s mechanics.

Dr Disrespect is currently one of the most popular Twitch streamers with over 3.6 million followers at the time of this article.