Two of the most formidable rosters heading into the 2020 Call of Duty League squared off in a recent Modern Warfare tournament and the results were surprisingly one-sided.

Having only just released on October 25, pros around the world have been hard at work grinding Modern Warfare. Trying to get as much game time as possible ahead of the inaugural 2020 season, CDL teams have been competing in online Search and Destroy tournaments.

Two CDL teams finally matched up against one another and in a first-time battle between the Dallas Empire and the Chicago-based squad, results were shockingly lopsided.

In the October 27 SnD tournament, both Dallas and Chicago made it through to the quarterfinals. While the first-time match-up should have been relatively close considering the veteran talent on both teams, it quickly became clear the Empire was not to be toppled.

Loading into the first map of the series on Rammaza, it was unclear how the squads would match up against one another. Clearly the more refined of the pair, Dallas quickly steamrolled ahead and secured the first victory with a stunning six to one round count.

Throughout the first map, one of the young guns on the Empire lineup, Cuyler ‘Huke’ Garland, went on an absolute tear dropping 16 kills and acquiring a Chopper Gunner in the process – not a killstreak you’d expect to see in a game of Search and Destroy.

In comparison, veteran Matthew ‘FormaL’ Piper of the Chicago lineup could not find his footing on the map whatsoever, ending with a total of zero kills and seven deaths to his name. 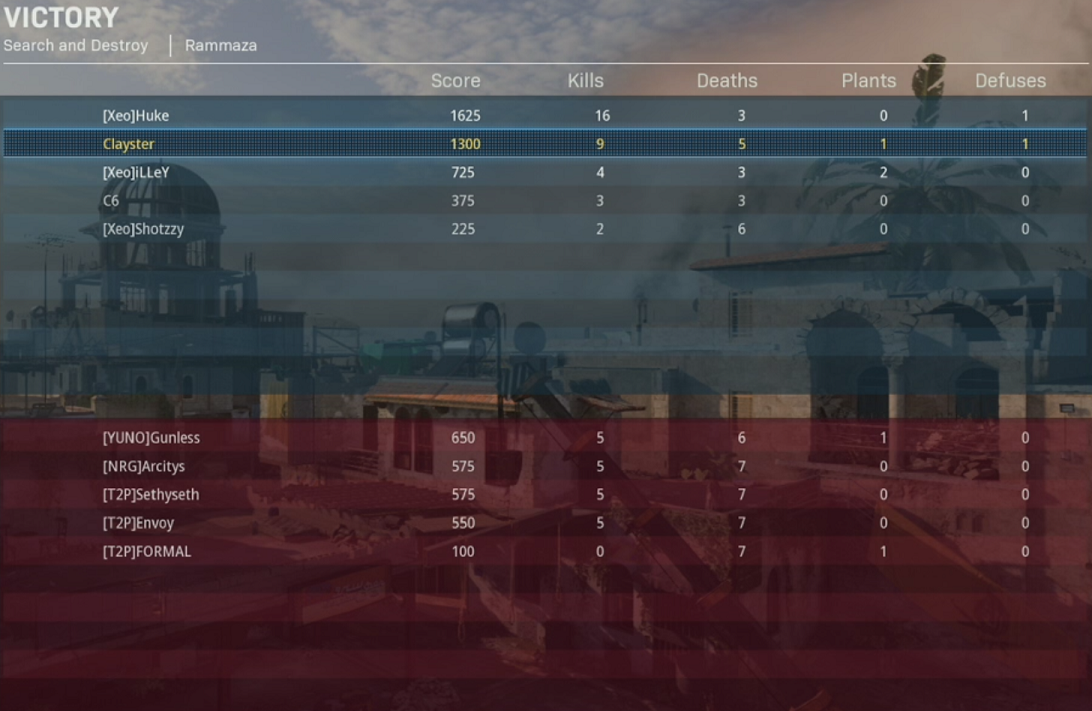 A look at the scoreboard at the end of the first map.
[ad name=”article4″]

While it is far too early to predict the success of a team throughout the 2020 CDL season, the Dallas squad is certainly standing out among the pack with ample success already.

Having only seen defeat on “two maps since the game dropped,” according to 2019 CWL champion James ‘Clayster’ Eubanks, it’s evident that the early grind has been paying dividends for the Empire.

Won both the $1500 and the $2500 5v5’s today with @DallasEmpire. Only dropped one map throughout, two maps since the game dropped. Let’s gooooooooo

To top it all off, not only did Dallas continue on to win the series in convincing fashion, but Clayster earned another Chopper Gunner of his own throughout the second map.

Having recently stated that he wanted to put his former teammates “in the dirt,” following an unpleasant split from OpTic Gaming, Ian ‘Crimsix’ Porter is certainly off to a hot start in accomplishing just that.