The Stage Two Playoffs for the CWL Pro League for the Call of Duty WWII season will take place between July 27 and July 29 at the MLG Arena in Columbus, Ohio.

Following eight weeks of fierce competition, the eight remaining teams from Division A and Division B will battle it out for a $500,000 prize pool at the MLG Arena.

Watch live video from Call of Duty on www.twitch.tv[ad name=”article3″] 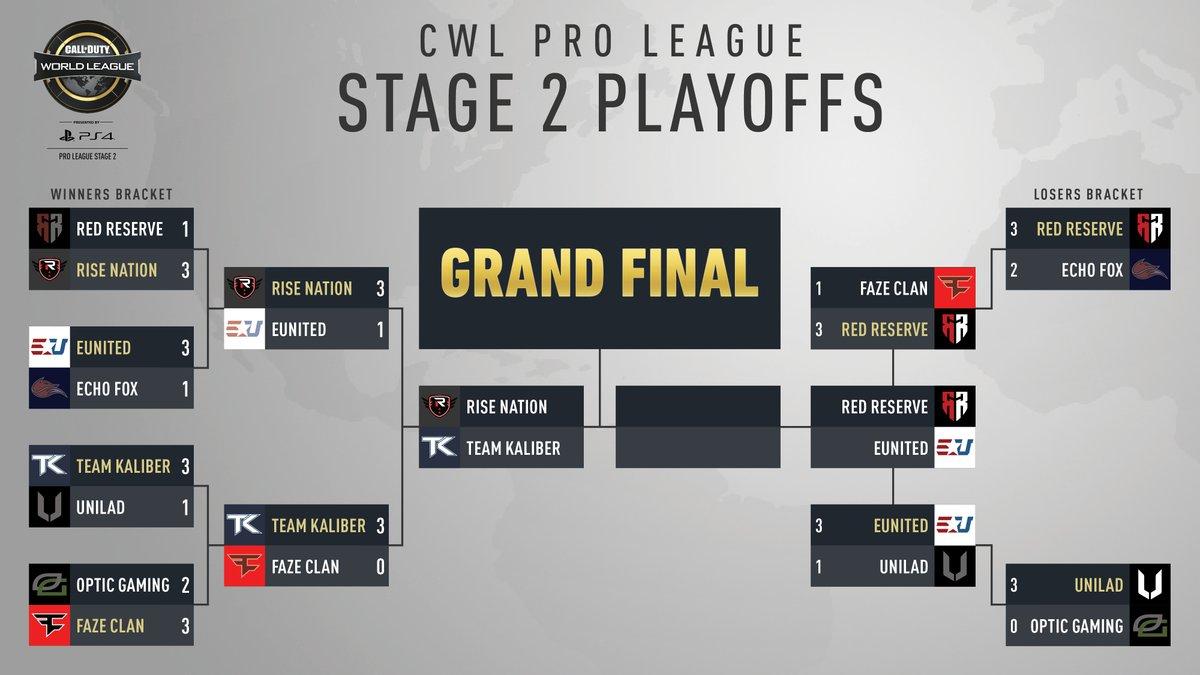