July 18 marked the second day of action for Division B in the eight and final week of the CWL Pro League Stage 2 regular season.

Five matches were on the slate for Day Two, as teams did their best to not only secure a Playoff spot, but to make sure they finish as the highest seed possible.

While every team receives a base cash prize for participating, the top four teams of each Division qualify for the Playoffs, where a whopping $500,000 prize pool will be there for the taking.

Day Two started off with eUnited beating Tainted Minds 3-1 to improve to 8-4 and move closer to a Playoff berth.

That was followed by Mindfreak defeating compLexity Gaming 3-2 in a match that went Game 5 Round 11. Unfortunately, the loss eliminated compLexity from postseason contention.

EUnited would play again on Day Two, as they beat Luminosity Gaming 3-1 to win their third in a row and officially clinch a Playoff spot. The loss officially put an end to LG’s Playoff hopes as they had come in needing a win to survive. 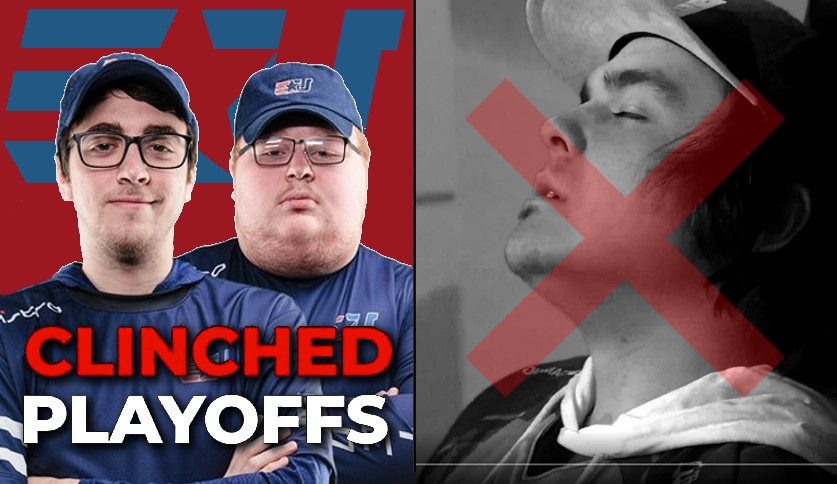 The main beneficiary from the day’s earlier results were Rise Nation, as they automatically qualified with both compLexity and LG getting eliminated.

With their Playoff spot clinched, Rise turned their focus to seeding as they cast aside the struggling LG 3-1 to improve to 9-4.

The day wrapped up with the Match of the Day that featured UNILAD Esports and OpTic Gaming, both of whom came in tied for the first seed at 9-3

OpTic secured the 3-1 victory and exacted their revenge over the Europeans for knocking them out at CWL Anaheim. With their fourth straight victory, the 10-3 OpTic took sole control of the top spot in the standings, with eUnited, Rise, and UNILAD all tied at 9-4.

Below you can find all of the scores for the Day Two matches, along with a live look at the Division B standings. For all scores, schedules, rosters, standings, and live-stream, make sure to visit our dedicated CWL Pro League Stage 2 hub.