The Call of Duty World League Finals has already been having major upsets as star-studded teams are getting sent to the Loser’s bracket early in the CWL Miami event.

OpTic Gaming have been looking out of sorts lately and the Greenwall are hitting a competitive low point early with a shocking 3-0 loss to Luminosity Gaming.

The series started out with a disaster of a game on Hacienda Hardpoint where OpTic Gaming came out firing, but were met with a suffocating LG side who introduced OpTic to the sub-100 club with a ripping 246-15 run to take a 1-0 lead in the matchup.

There wasn’t much more to write home about for the Greenwall, as they went back to Hacienda for Search and Destroy. But LG were running the map again, quickly ending the game 6-1. 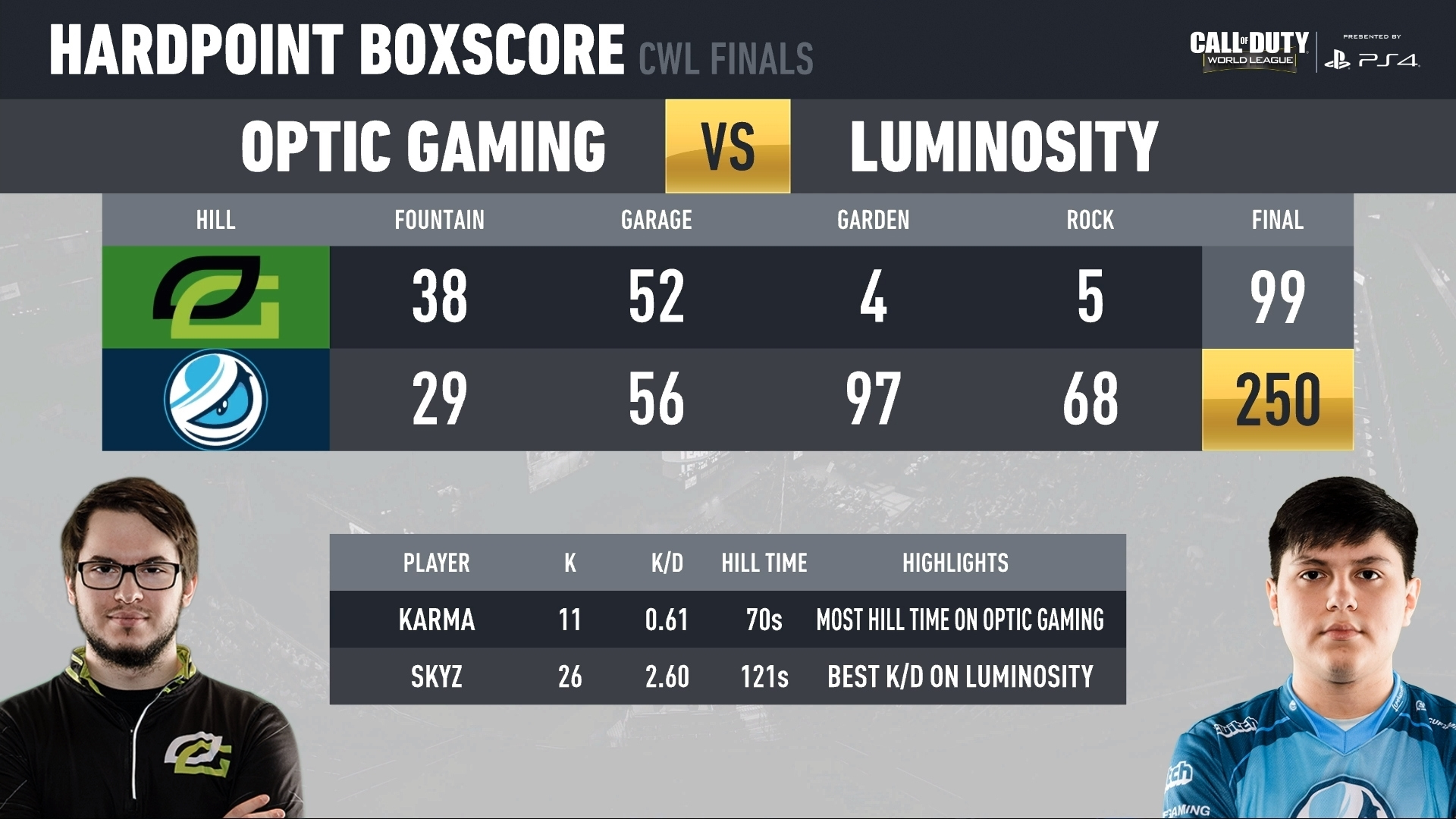 A breakdown of OpTic’s surprising loss on Control.

CoD fans expected OpTic to get back into form on Gridlock Control where they’ve been 4-1 since CWL Anaheim, but the Greenwall were fumbling their offensive capabilities there too, conceding a quick 0-2 lead to LG.

But a small surge of life came back to the OpTic rifles as they amounted a half-hearted comback to even up Control 2-2.

While it seemed like that would be the LG mistake that would lead OpTic to roar back into the series, it wasn’t to be as LG closed out the match and sent OpTic to the Loser’s side of the tournament. 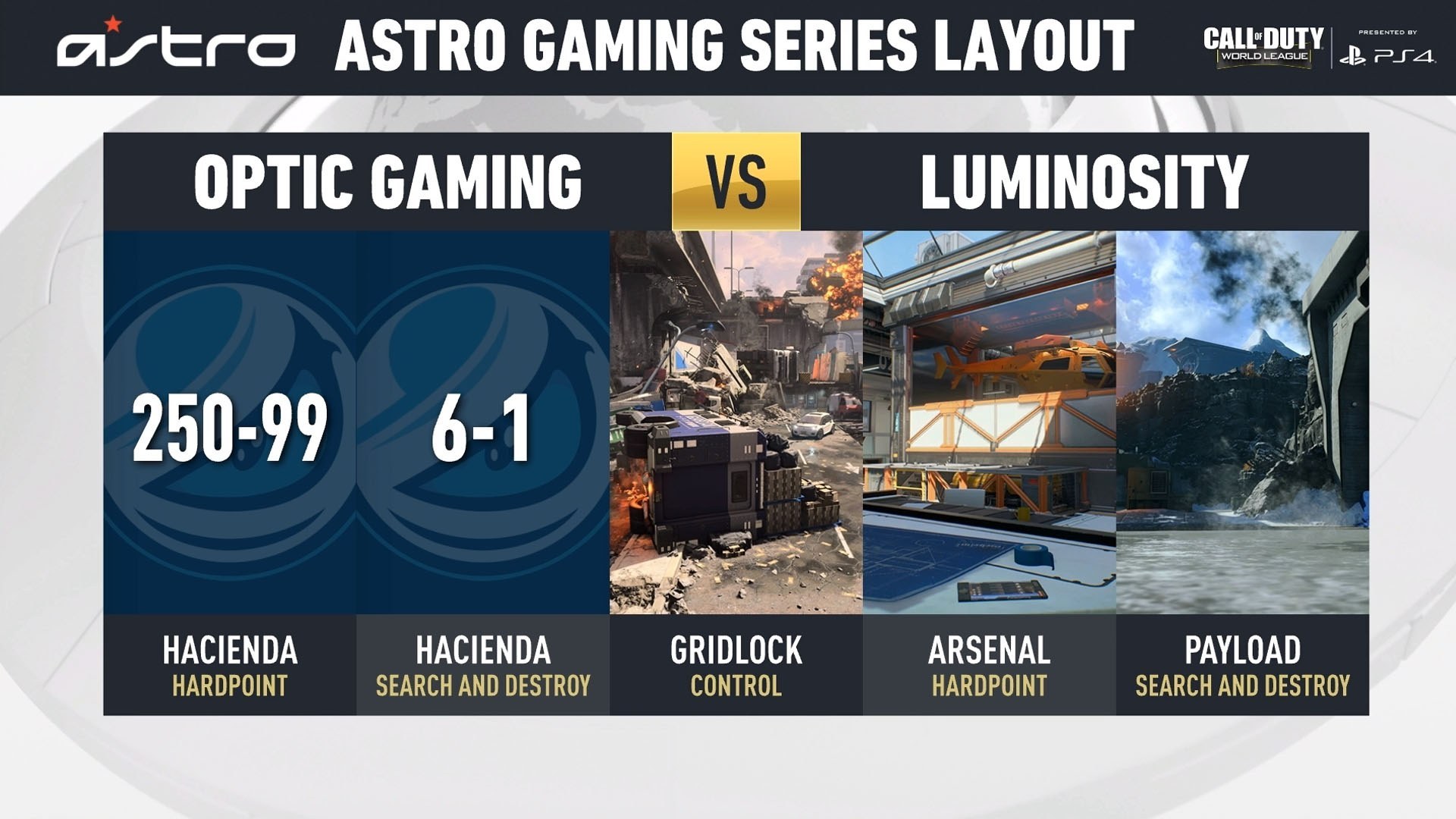 LG set the tone early against OpTic and made sure to deny the Greenwall any chance of a comeback.
[ad name=”article3″]

100 Thieves out of Winner’s side early

Defending CWL Anaheim and London champs 100 Thieves couldn’t find their offense in the opening game for Day 2 in Miami against FaZe Clan, leading to a decisive 3-0 loss for 100T.

The stacked 100 Thieves lineup had only ever “been 3-0’d twice and both were in the Pro League” since adding Preston ‘Priestahh’ Greiner from FaZe earlier in the year, according to Clint ‘Maven’ Evans.

But the CWL Finals have so far been a tournament of changing narratives as Joe ‘MerK’ Deluca pointed out that “FaZe [did] not have a win on [Gridlock Control] since Anaheim, 0-3.” 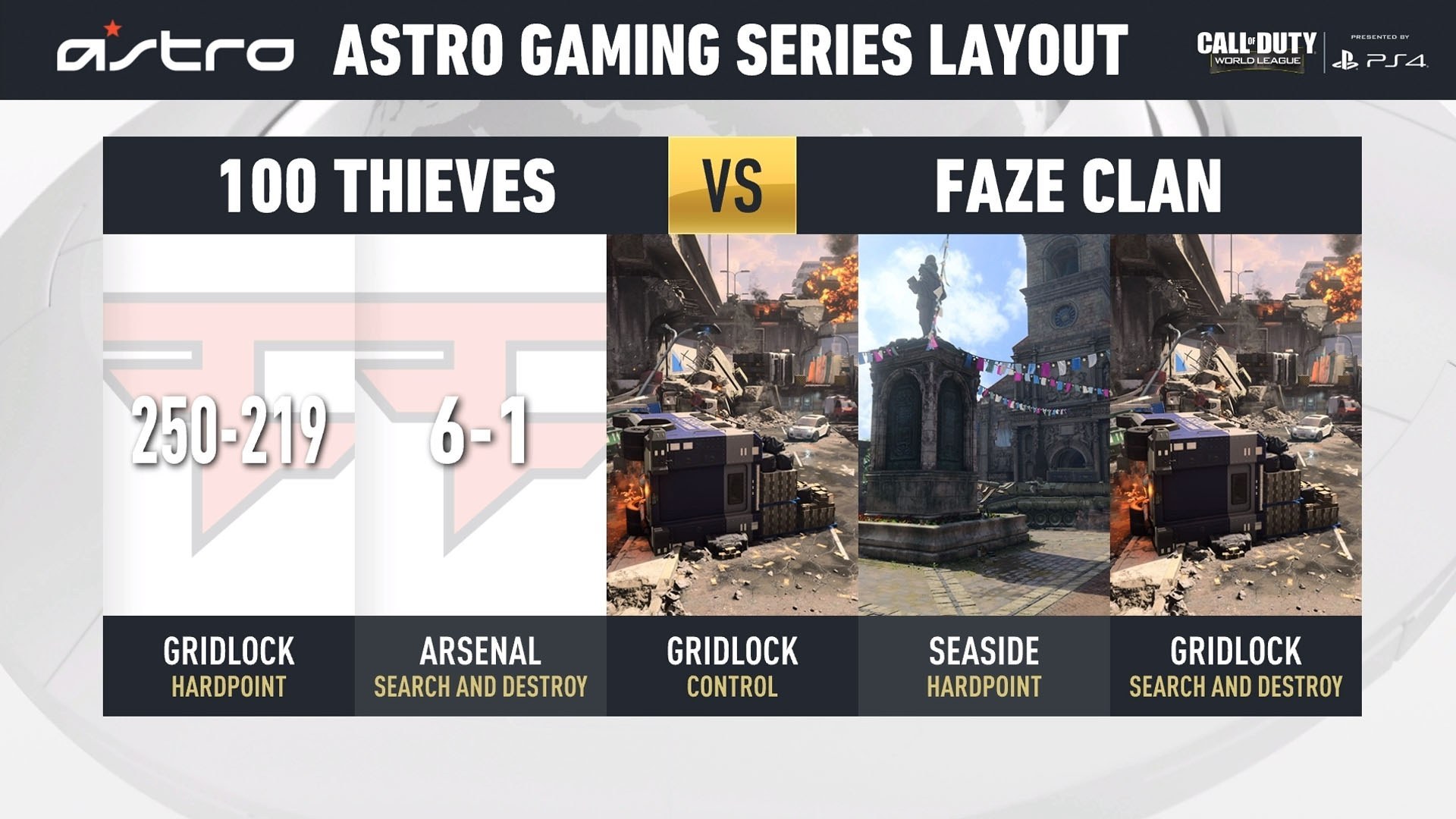 100 Thieves came out firing on the first map, but had trouble making a meaningful run against FaZe Clan.
[ad name=”article4″]

While 100 Thieves were able to keep up with FaZe on the opening map falling just shy of the mark 219-250, the Thieves got bulldozed by FaZe in an incredible 6-1 take on Arsenal S and D.

100 Thieves fans were hoping for a reverse-sweep by their team, and were actually setting up the building blocks well going up 2-0 on Gridlock.

But this time it was FaZe who would amount a streak of wins on the third map, effectively killing all of 100T’s momentum and reverse-sweeping Gridlock to send the Thieves to the Loser’s bracket. 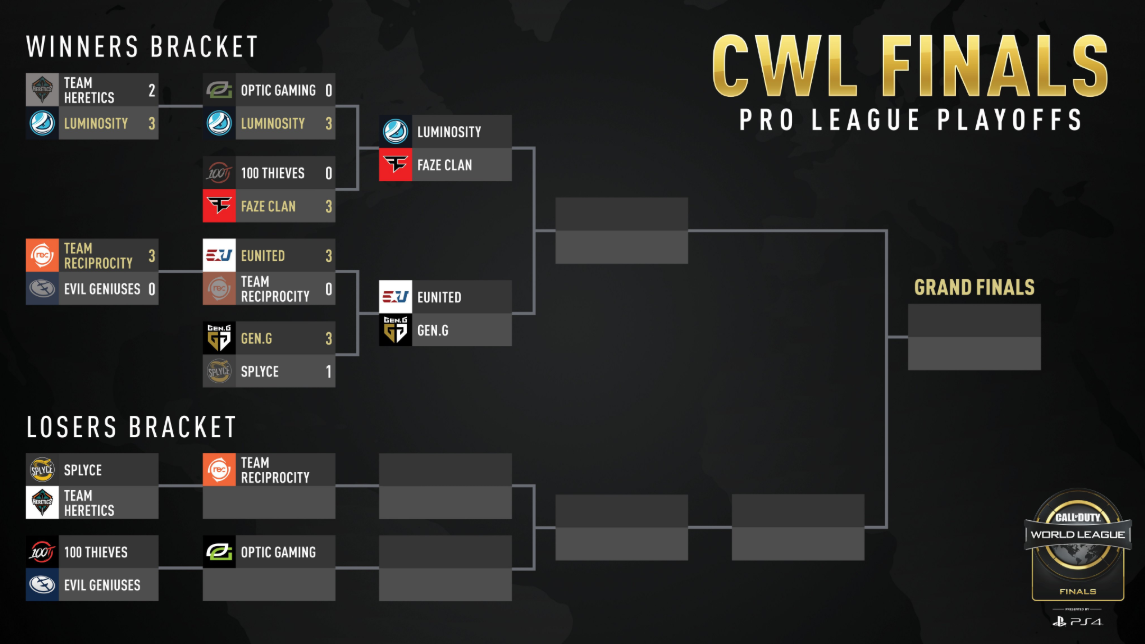 It’s going to be a tough tournament now for both 100T and OpTic who might be on an early collision course.
[ad name=”article5″]

Both OpTic and 100 Thieves still have a chance at a miracle run to the top, but both tournament favorites now find themselves in a tough situation going to Loser’s this early in the event.