OpTic Gaming’s Ian ‘Crimsix’ Porter couldn’t hold back his anger after his Call of Duty: Black Ops 4 League Play teammate questioned if he was truly a member of the Green Wall.

Crimsix, who is currently the winningest player in Call of Duty history and a long-time member of the OpTic squad, had been dabbling in games of League Play while waiting for his professional teammates to hop online and practice.

However, when one of his teammates questioned his credentials during a game, Crimsix had to plug in his mic and hilariously unload a barrage of verbal barbs at his League Play teammates – all while his Twitch viewers watched on. 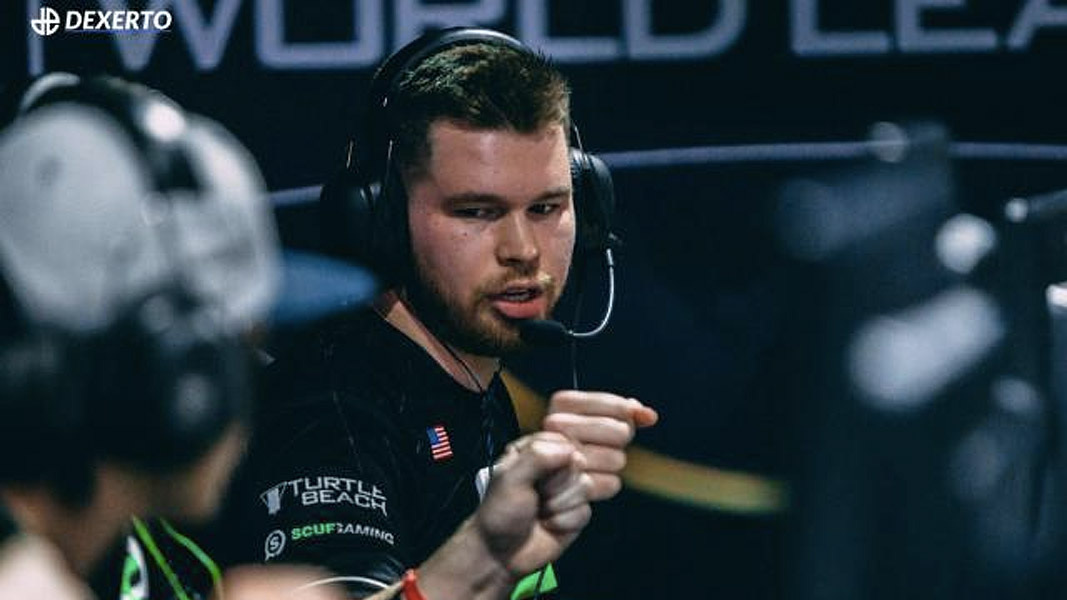 The two-world champion isn’t afraid to talk a little trash when needed.

The two-time World Champion had been playing a game of Control on Seaside during his March 23 stream, before having to respond with shots at his online teammates.

After being questioned about who he was, Crimisix responded instantly:  “You guys just got 1v4’d and you’re gonna say I’m not OpTic? You fucking suck!

“Plug your controllers back in – you guys actually suck cock, dude. You got 1v4’d in Church by a guy at Tiny [the small doorway leading to the Church courtyard] – at Tiny! You suck. You guys are actually worse than ballsack bro, worse than ballsack. Unbelievable!”

The players did, however, see the funny side of things – laughing at how Crimsix resorted to plugging his mic in for a few moments just to respond to them through in-game chat.

It’s not the first, and certainly won’t be the last, time that the OpTic star lets players in his League Play games get away with talking trash about him

However, if you do decide to take Crimsix on, you have been warned of what he’s capable of when it comes to trash-talking.

It’s also a pretty automatic loss, as the OpTic star won’t be beaten in a verbal boxing match when after he has lost full and drops in some hilarious rage.