The Dallas Empire finally got their first win over Chicago Huntsmen in the semifinals of the Chicago Home Series, but talismanic veteran Ian ‘Crimsix’ Porter refused to talk trash following the match.

The intense rivalry between Chicago and Dallas had been relatively one-sided so far this season; Empire had failed to beat Huntsmen in any of their three meetings coming into this latest Home Series.

That all changed on April 26, as Empire finally got their coveted win against Huntsmen in 3-0 fashion in the semifinals of the latter’s own tournament.

The warning signs were there from the get go; the series started with a 250-165 Dallas victory on Rammaza Hardpoint, followed by a 6-2 demolishing on Gun Runner Search & Destroy.

The third map, Hackney Yard Domination, was a little bit more competitive but the boys in blue pulled away in the second half to claim the 165-158 win, locking up the sweep.

It was the perfect fitting revenge for Empire, who were swept by Huntsmen in the Grand Final of CDL London, a tournament in which Chicago beat them twice.

The two teams’ earlier meeting in 2020 had featured some major trash talk, but Crimsix, who had done his fair share of jabbing coming into the season, refused to do the same following this win.

“Everyone that’s expecting me to trash talk, I’ve never been a sore winner except for one time in my whole career,” he said in the postgame interview. “I’m not going to be like them [Huntsmen]. I’m not going to talk trash.”

“It’s just a semifinal match, online. Crimsix explains why he didn’t talk trash after Empire dominated Huntsmen whatever. I don’t care. It was GG’s, it was a fun match, but now onto the next one. I’m not going to say ‘you suck, you suck.'”

It seems that despite the one-sided nature of their victory, the Empire players aren’t willing to equate it to a regular win since it came online rather than on LAN.

Immediately following the match, James ‘Eubanks’ Clayster flashed his router on camera, which was being broadcast live to the masses, jokingly crediting his strong internet connection for the win. 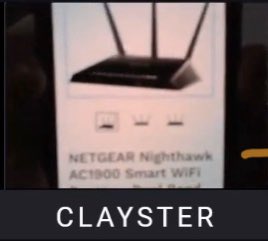 He also tweeted out an edited pic of teammate Indervir ‘iLLeY Dhaliwal surrounded by routers, following it up by saying he was “just joking around and having some fun.” 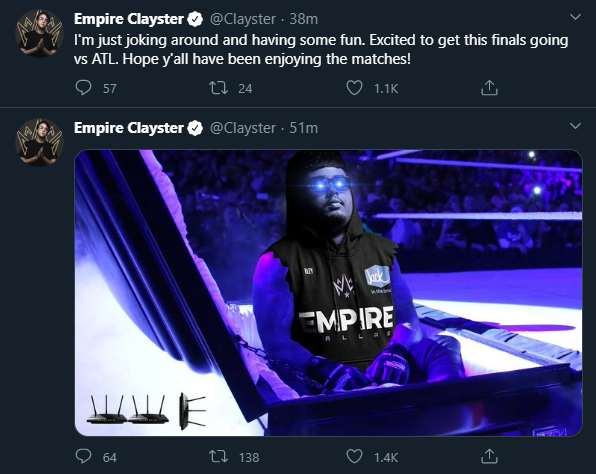 The result booked Empire a spot in the CDL Chicago Grand Final, where they will face Atlanta FaZe, who beat Seattle Surge 3-1 in their own semis match. This is Dallas’ first trip to a tournament final since the LA Home Series, where they beat Minnesota ROKKR 3-2 to claim their first championship of the season.

You can keep up with all of this Call of Duty League action live via our CDL Chicago hub, which includes streams, brackets, scores, and more.