A handful of Call of Duty pros were invited to Twitter HQ ahead of the 2019 CWL Championship, to recall their old hot takes and embarrassing tweets from the past.

Call of Duty esports is among the most talked-about on Twitter, with four players, Scump, Clayster, Crimsix and Dashy, all in the most mentioned esports competitors on the social media platform. 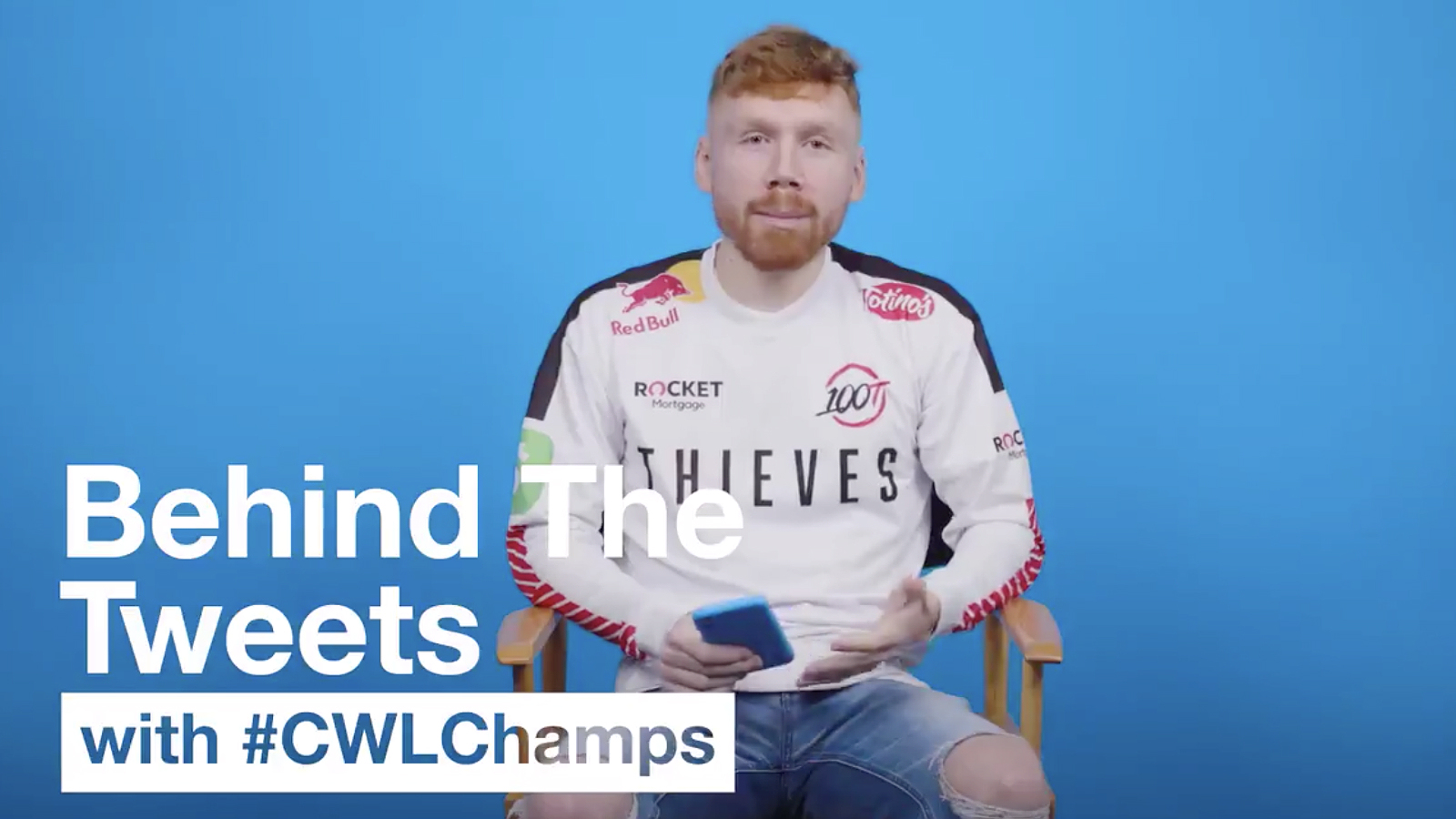 Unsurprisingly, topping the pile was OpTic’s Seth ‘Scump’ Abner, who was reminded of some of his classic Twitter musings like “There is a new Chipotle in the area, so I switch back and forth every day so the employees don’t think I’m crazy.”

Scump stood behind this classic Tweet, confirming the story was true, as did Ian ‘Enable’ Wyatt, who still believes that Hot Cheetos are the best snack food, after posting it in October 2018.

ZooMaa’s classic tweet recalled when his physical therapist realized ZooMaa was a pro player – and then couldn’t stop talking about how much he loved Scump.

That #CWLChamps was one for the history books.

We caught up with some of the best to go #BehindTheTweets ⬇️ pic.twitter.com/V0x8FJyDdo

James ‘Clayster’ Eubanks, went back the furthest, with a throwback to when he was still in college while trying to compete, and posting a tweet about the struggles of finishing a paper, at 8am: “I was probably up all night doing it,” the now two-time world champion explained.

GenG’s Jared ‘Nagafen’ Harell, was put on the spot to defend his opinion about pineapple pizza – always a controversial take on Twitter – but stood by it: “Try it before your roast me on Twitter.”

Maven was sent back to his early days in the Call of Duty esports scene, in 2013, where he recalled all the ‘drama’ that went on, with a Tweet saying “Twitter has become much more entertaining to me since getting involved in cod. I swear after 3am it’s like Jerry Springer.”

H3CZ’s tweet was more recent – his viral video post asking Alexa who the best Call of Duty player is, which Alexa said to be Scump, while the pro was stood in the room.

Twitter also supported the CWL Championship with its very own ‘hashflag’ for #CWLChamps. Call of Duty and the teams and players involved remain one of the most talked-about of esports on the platform, which might have something to do with all the drama that Maven mentioned.