Luminosity Gaming Call of Duty pro Peirce ‘Gunless’ Hillman has revealed who their roster’s fifth player is going to be in a command in his Twitch channel.

When typing the !team command in the chat box of Gunless’ Twitch channel, a message pops up that names all of five players that will be competing for LG in the upcoming Black Ops 4 season.

Included in that list are Gunless, FormaL, John, Slacked, and Nicholas ‘Classic’ DiCostanzo, who has not yet been officially announced as a member of LG.

This command, and the fact that Gunless hasn’t bothered to take it down despite its publicity, all but confirms that Classic is indeed joining LG.

The only thing left to do is for the org to officially announce him as their newest player, which would simply be just a formality at this point. 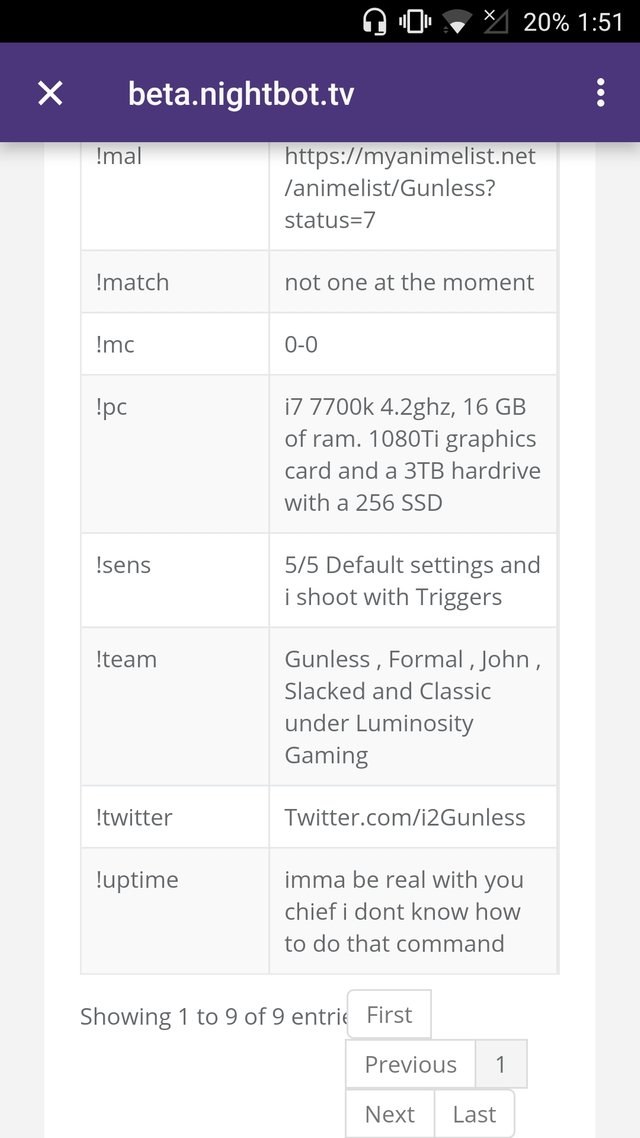 Despite not being officially announced, it almost feels as though Classic joining LG has become old news, especially considering the leaks and heavy speculation that have been going on over the past two weeks.

Even 100 Thieves CEO Matt ‘Nadeshot’ Haag accidentally revealed the news when discussing JKap’s move to eUnited, which both he and JKap claim was mismanaged and poorly handled.

Classic, who has played for LG in the past, spent the entirety of the WWII season with Team EnVy. However, due to a largely underwhelming campaign, he and the rest of his former EnVy teammates, save for Huke, were dropped in favor of the former Evil Geniuses roster that won 2018 CWL Champs.

Keep up with all of the roster moves, team changes, and player announcements by visiting our dedicated Rostermania hub here.