The competitive Call of Duty community was stunned on August 16 as OpTic Gaming were shockingly eliminated in the group stages of the 2018 CWL Championships.

Many of the prominent members of the CoD community, including current and former pro players, took to social media to express their reaction.

While most of their tweets varied in wording and tone, one thing was clear, no one had expected something like this to happen, especially this early in the tournament.

It was not only the fact that OpTic had been eliminated in the group stages that was surprising, it was the manner with which it happened.

They entered their final match of the group with a 2-0 record, but were swept 3-0 at the hands of Evil Geniuses. That result, combined with Team Elevate’s 3-0 win against Supremacy, meant that OpTic were out based on map count tiebreakers. 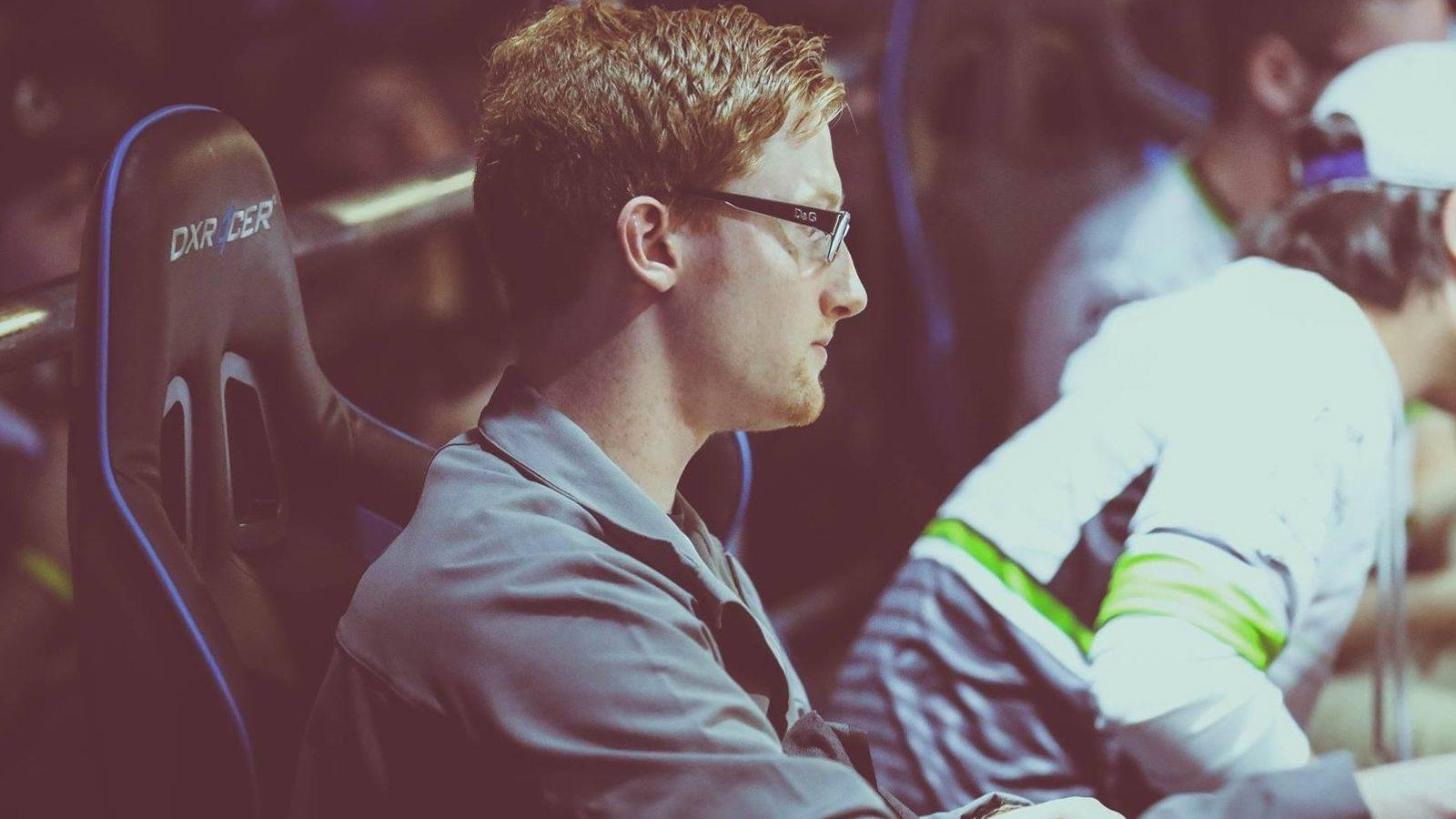 Here are some of the best reactions from Twitter to the news of OpTic’s elimination, including tweets from the OpTic players themselves.

Many of these tweets represent raw thoughts and emotion, as they were sent out just after the final result. 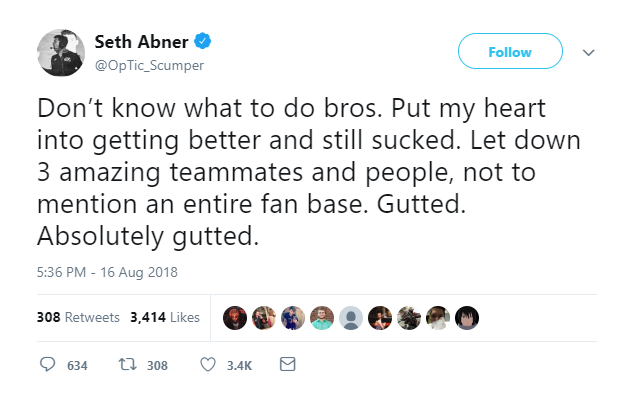 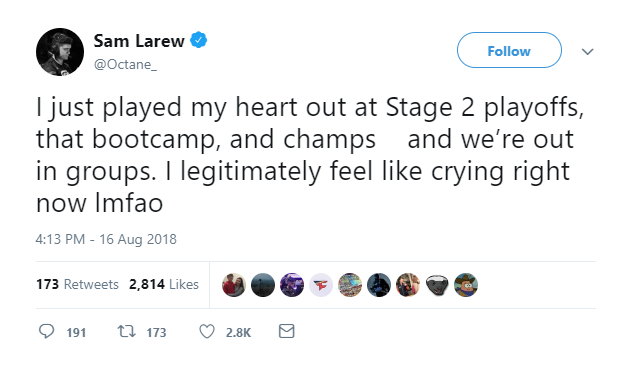 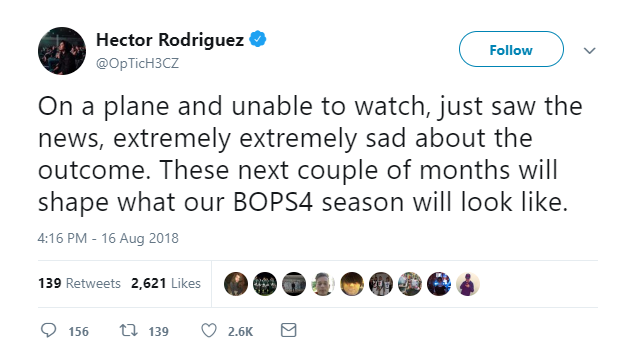 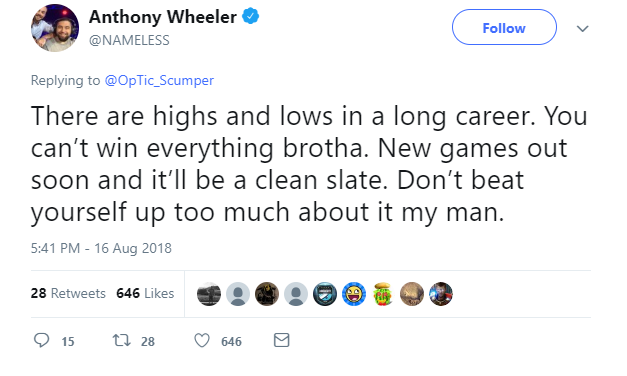 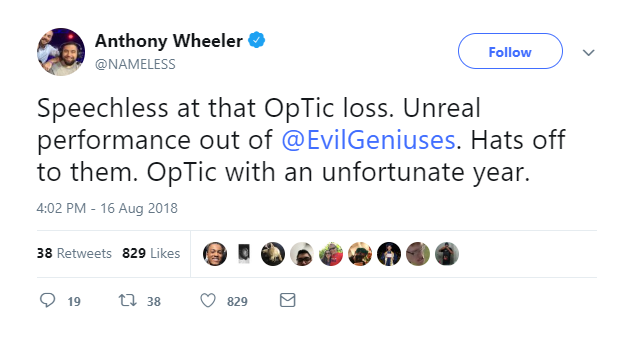 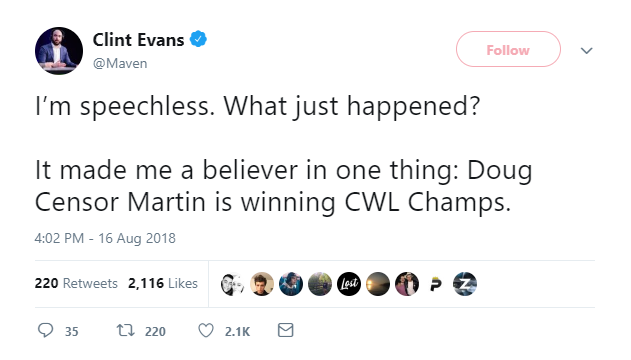 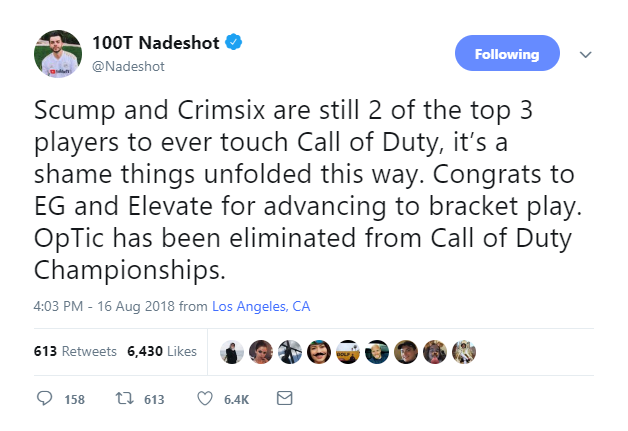 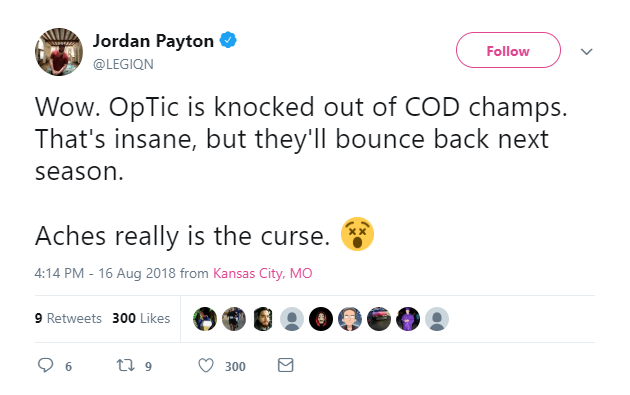