CoD: Black Ops 4 tournament hosted by PlayStation will be 5v5

The ‘PlayStation Masters’ tournament in Germany will see four invited teams compete in the first official Black Ops 4 tournament – and it will be played with 5v5 rosters.

There has been uncertainty amongst the competitive community as to whether the upcoming Black Ops 4 season will be played 4v4, as it has always been, or if it will shift to 5v5.

The tournament, which will take place at the EGX convention in Berlin on September 28, is an invitational event ran by PlayStation, who are partnered with the Call of Duty franchise and the CWL.

Although this tournament is not linked with the CWL directly, previous ‘pre-season’ tournaments held by PlayStation (such as PSX) have used official competitive rules.

The invited teams have not been announced yet, but are said to be the “best German teams”. At least four organizations in total are expected to compete.

We reached out to tournament organizers, who confirmed reports from some of the invited players that the tournament will be 5v5. 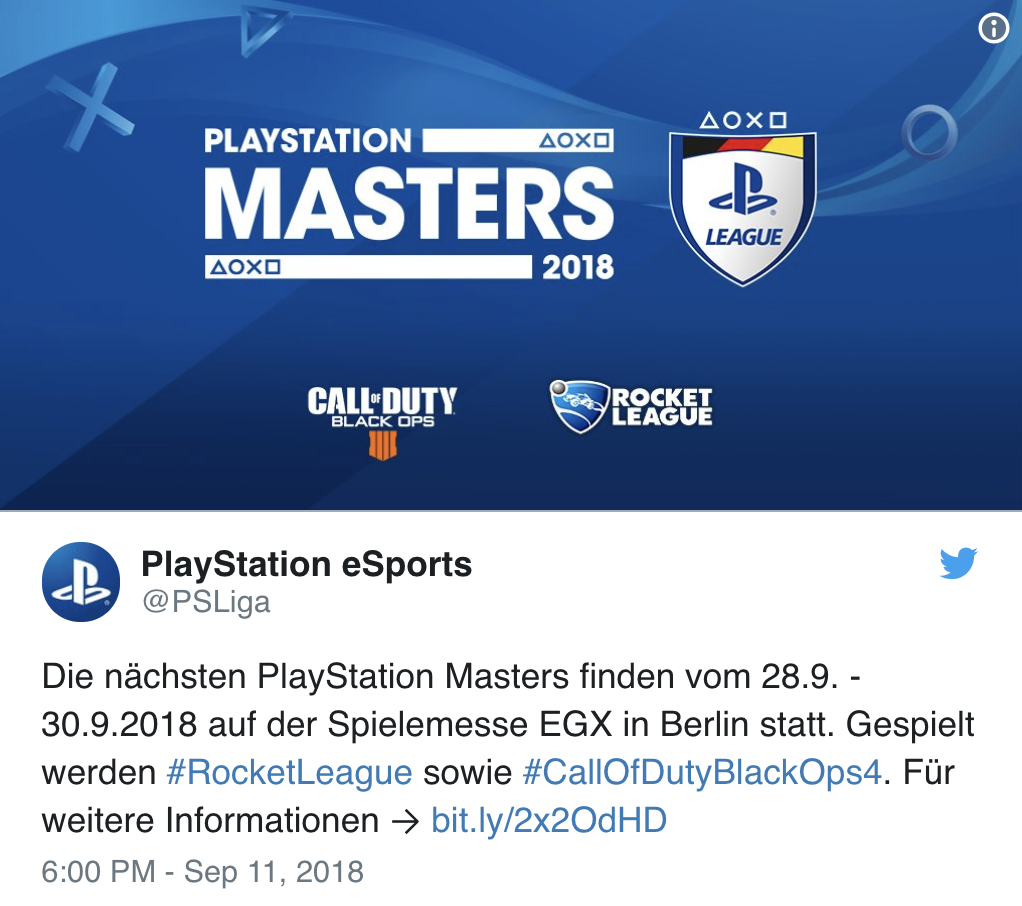 The event takes place several days after the reveal livestream for the upcoming competitive season, which will be broadcast from Treyarch Studios on September 19.

The possibility of 5v5 competitive first arose due to the change to regular public matches, which are now 5v5 as opposed to the traditional 6v6.

Treyarch as a developer have always been keen to close the gap between the casual experience and competitive, by making them more similar. 5v5 would be one such compromise, similar to the ‘pick and ban’ system from Black Ops 3, which allowed the game to be played competitively with all items allowed.

Another hint came from the leaked ‘CoD Caster’ mode – the spectator mode used to watch competitive matches – which seemed to be tailored to 5v5 gameplay.

The community is expecting official confirmation as to whether the CWL will be played 4v4 or 5v5 during the reveal livestream, but this PlayStation tournament is a significant indication that a change to 5v5 is imminent.

The change would be the most drastic shift in competitive Call of Duty’s long history, and would make the on-going RosterMania even more intriguing, as teams will scramble to add the best possible fifth player to their lineup.