Veteran Call of Duty pro James ‘Clayster’ Eubanks has defended himself against a gesture he made towards Evil Geniuses at the 2019 CWL Championship.

Rivalries, both between teams and individual players, are commonplace in Call of Duty esports, so it’s not a surprise when some decide to show up their opponents after handing them a loss.

That was the case for Clayster, who waved goodbye to Evil Geniuses on the other side of the main stage after eUnited defeated them 3-2 in the second round of the Winners Bracket.

With the moment being captured live on the CWL stream, and later posted on their official Twitter account, some took offense to the wave, calling it “cringe” and claiming Clay shouldn’t have done that after he had been “carried” to a series win by his teammates.

However, the World Champion did not take back the gesture, instead offering an explanation that it was aimed at former teammate Jordan ‘JKap’ Kaplan.

“Huh, seems people are upset, what do ya know,” he tweeted. “One thing I’ll say: you guys are quick to forget that the guy tried to get me dropped off my team that I got him on, then when it didn’t work, proceeded to do a month-long character assasination attempt on me, going as far as saying I’m the f*cking CoDBurner. Have fun being upset.”

You guys are quick to forget that guy tried to get me dropped off my team that I got him on then when it didn’t work proceeded to do a month long character assassination attempt on me going as far as saying I’m the fkin CoDburner. Have fun being upset

Clayster is, of course, referring to a drawn out feud between he and JKap that took place several months ago, during really the only down period for eUnited this season.

Following a dysmal last-place finish at CWL Fort Worth on March 17, the team decided to demote JKap to the bench, promoting young star Chris ‘Simp’ Lehr to the starting lineup.

Following the roster shuffle, JKap proceeded to bash Clayster on social media, posting inflammatory comments about his character and calling him arrogant, self-centered, and a horrible teammate.

While Clay tried to defuse the controversy by saying he had no hard feelings, JKap continued to take shots, calling him “toxic” and a “fake hype” man. 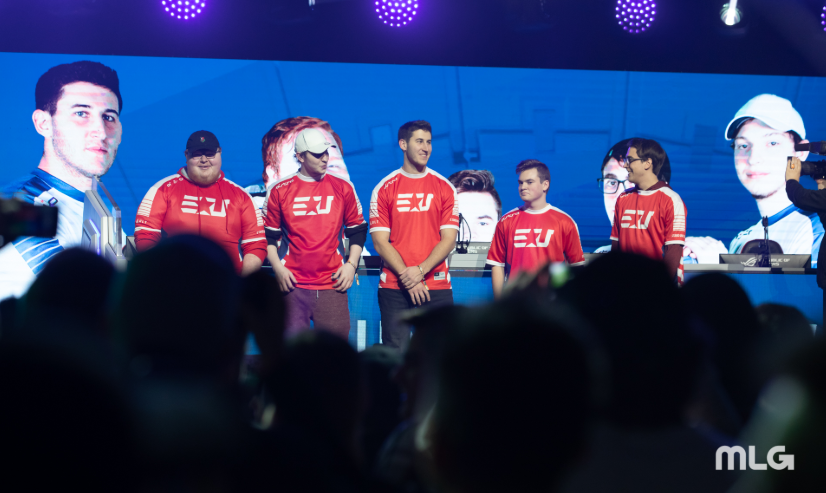 Following the switch, eUnited’s incredible run of form has been well documented, as the team finished third at CWL London, the top seed in Division B of the CWL Pro League, and placed first at CWL Finals.

JKap on the other hand, moved to Evil Geniuses when the roster lock was lifted mid-April, and while his team hasn’t had nearly the success of eU, they still find themselves in the top eight of the $2 million CWL Championship.

Follow all of the competitive action live with our dedicated CWL Champs 2019 hub, which features livestreams, updated scores, the Winners and Losers Brackets, final placements so far, and more.

Also, make sure to follow us on Twitter @DexertoINTEL for constant live update tweets through each day of the competition.