G Douglas Martin, father of Call of Duty player Doug ‘Censor’ Martin, was not at all happy about his son being snubbed of a starting spot with the New York Subliners CDL team, although now he’s apologized for his sharp remarks.

It’s been a tumultuous few days in Call of Duty esports, to say the least, as several teams have seemingly made roster changes ahead of CDL Los Angeles, the fourth event of the CoD League’s inaugural 2020 season.

One of those teams was the New York Subliners, who dropped Trei ‘Zer0’ Morris from the starting lineup and replaced him with Nick ‘Happy’ Suda, one of the two substitutes they have on the roster. 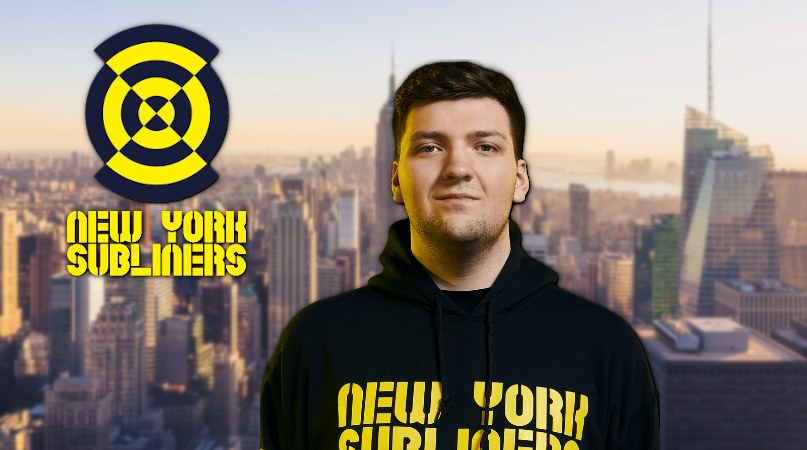 Zer0 has been benched by New York Subliners ahead of CDL Los Angeles.

Ironically, all of the attention has been surrounding the roster move that didn’t happen, which was Censor, New York’s other sub, not being promoted to the starting lineup instead.

His dad, known as Papa Censor on social media, posted an angry and eyebrow-raising message on Instagram blasting all of the other Subliners players.

In the post, he called NYSL “the friends team” and proceeded to offer a “breakdown” of the roster, adding an insult or two after every player’s name. 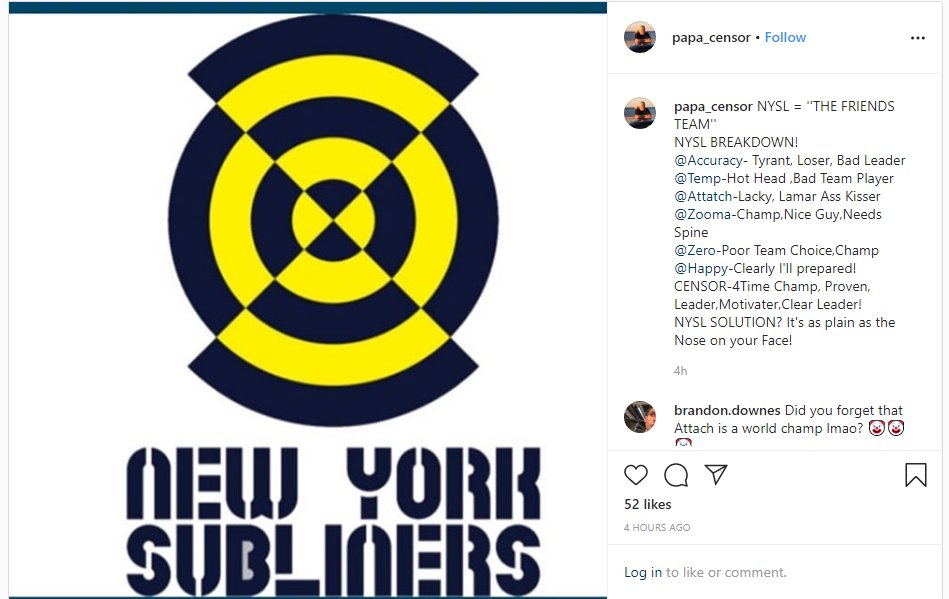 Some of the insults included calling Accuracy a “tyrant, loser, and bad leader,” Temp a “hothead and bad team player,” and Attach as “lacky and Lamar a** kisser.”

He seems to at least have a decent opinion of ZooMaa, who he called a “champ and nice guy,” although he followed it up by also saying that he “needs a spine.”

The only player he praised? Surprise, surprise – his son Censor, listing his resume as a “four-time champ, proven leader, motivator, and clear leader.”

"Subs don't do anything with their team, it's really frustrating."

The Instagram post was quickly taken down by Papa Censor, but not before it quickly went viral on social media. The sudden spike of attention prompted him to publish a video apologizing for his comments.

“I want to apologize for letting my emotions get the best of me,” he said. “I mean no ill will towards anyone, I’m just so passionate about my son’s career and his Call of Duty. I sincerely apologize to Subliners and all the players. I hope you can forgive me. Good luck in LA.”

As things stand, Censor will be once again a substitute for Subliners during their visit to Los Angeles. However, in all likelihood, Happy’s place in the starting lineup is on an interim basis for now, so if he fails to perform, there could be a chance that Censor gets given his chance to start at some point.

New York go into the event tied for eighth with only 10 points and just one win out of their first five matches. Things won’t get easier for them, however, as they’ve been placed in Group B with Atlanta FaZe, Florida Mutineers, and Dallas Empire – three teams who have all played in a tournament grand final already this season.