Former Call of Duty pro player Doug ‘Censor’ Martin has fired shots at some of his former Complexity Gaming teammates after he believes they’ve put dirt on his name.

Having temporarily retired from competing in Call of Duty in 2018, Censor is determined to get back in the pro scene once the esport transitions to franchising in 2020.

However, virtually every time he’s expressed his desire to compete again on social media, he has been constantly ridiculed by fans and pros who accuse him of having a poor work ethic when it comes to CoD.

While that’s not necessarily anything new for the scene, on September 9, things finally hit a nerve, and Censor mounted a defense against these claims by taking shots at his former Complexity teammates from the 2018 WWII season.

In a video he published, the FaZe man went into detail about how he believes these teammates slandered his name and how that has led to many others doing the same. 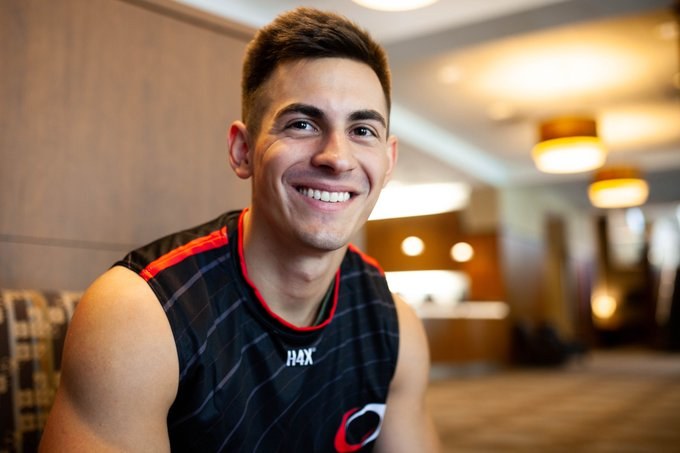 Censor played for Complexity Gaming in the latter half of the WWII season.
[ad name=”article3″]

The first supposedly slanderous incident that he responded to involved a clip of Dashy and Blazt mocking him for allegedly not showing up to scrims.

The duo laughed at Censor for claiming he couldn’t show up to scrims due to being sick, then “two hours later” showing up on a jet-ski across social media.

“The fact that I get this slander every day from my two teammates Blazt and Dashy, making this clip and laughing about it,” Censor explained. “Being pathological liars, making something up that’s not even the truth, blows my mind.”

In this particular case, Censor claims he was sick, not playing like himself, not bringing the energy he typically does, and therefore going “triple-negative every map,” and making the practice a waste of time.

Despite still showing up for scrims the next night, a teammate remained sleeping through the scrim schedule. “The truth is, I was ready to scrim that day and one of you assholes was sleeping. Take accountability for your own actions before making a lie about someone else.”

After a heap of medication and a good night of rest, “I woke up that next morning a completely different person,” the sickness supposedly cleared up and scrims were back on the agenda, things were going just fine. Out of the blue sometime later, Complexity players appear in the Twitch clip and make it seem as though Doug skipped practice entirely.

Blazt even shared his own Tweet mocking the entire situation, stating that “I will not tolerate this slander, 10 minute video being uploaded as soon as I come back from riding my jet ski!

(Full segment starts at 4:00 mark of full video below)

I will not tolerate this slander, 10 minute video being uploaded as soon as I come back from riding my jet ski!

Censor then went on to explain another situation, one which saw him involved in a brand deal that required him to fly out to the United Kingdom for a weekend to promote a Counter-Strike tournament, which happened to be a week before CWL Anaheim.

When addressing this, he expressed numerous times how he received a “good amount of money to go overseas,” stressing the point that the deal was too good to turn down.

However, Blazt later highlighted this on his own Twitch stream, noting the contradictions between what Censor was saying. He pointed out how in one video, the YouTuber claimed that he wanted to succeed in CoD more than anything, including money, a sentiment which did not seem to hold up when it came to the brand deal.

In his video, Censor revealed some of the group chat text messages that were sent around that time, including one of his teammates saying “go take another week off lmao.”

The team ended up putting in a poor performance at CWL Anaheim, finishing top-16, and the blame was largely shifted to Censor for having missed a few nights of practice, which he did not respond to lightly.

“Everyone’s gonna talk shit, everyone’s gonna say what they’re gonna say,” he commented. “But this thing right here is so disrespectful to me and so disgusting to me and the behavior that I saw as a player on this team last year was inexcusable.”

(Full segment starts at 7:40 mark of full video below) 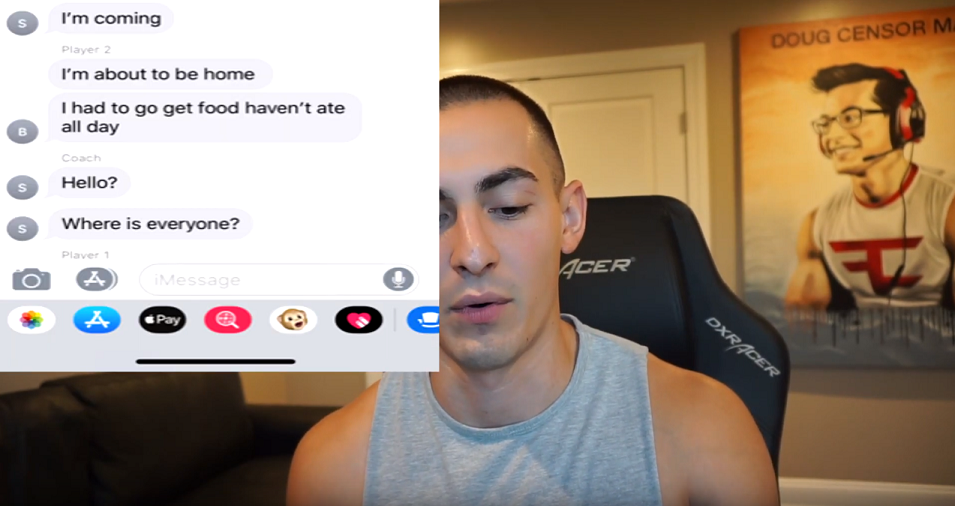 A screencap showing the frustrations of the Complexity coach

In a separate situation, Censor left his cousin’s wedding early in order to make it home for scrims that night, as the team was nearing CoD Champs and every night of practice was vital. Despite this, “no teams were even on to play” that particular night, yet his teammates still took issue.

This happened to fall within the same week that he was in a minor car accident, missing another night of scrims. Tension reached a boiling point within the team leading one player to post; “Stfu play cod. Being such a bitch.”

(Full segment starts at 15:38 mark of full video below)

Ultimately, he believes that the ordeal “ruined [his] stock going into Black Ops 4.” With hostility throughout the CoD scene online, he declared that he will not let slander ruin his image again and impact his chances of making it onto a franchise team for the 2020 season.

You can watch Censor’s full video below.

However, not everyone is buying what Censor is selling. In addition to Blazt countering the accusations of slandering made against him with his own commentary of the long video on stream, Daniel ‘Loony’ Loza also went after the star YouTuber with some of his own sharp comments.

In a response to the video, the former Splyce pro said: “You have manipulated people into thinking you qualified for the league in WWII by competition. You got picked up by a team that had a league spot because of your brand. Go back to that part of your video. Good try though, you capped for a good 10 minutes about that topic.”

Nah you manipulated people into thinking you qualified for the league in WWII by competition. You got picked up by a team that had a league spot because of your brand. Go back to that part of your video. Good try tho you capped for a good 10 minutes about that topic

Ultimately, no one can change the past, and Censor will have to work with the cards that have been dealt to him, which means that whether or not he will be on a team once the franchised CDL kicks off remains a big mystery.

What is a certainty is that he will face stiff competition, as dozens of established pro players have all been vying to sign with one of the nine confirmed CDL teams, although not a single signing has yet to be confirmed.

With the signing window now open and the rumor mill in full swing, keep your eye on our CoD franchising RosterMania tracker for the latest roster announcements and team changes.