Atlanta FaZe are champions of the Florida Home Series, taking down OpTic Gaming Los Angeles 3-1 in the Grand Final to become the second team after Dallas Empire to win two tournaments in the Call of Duty League.

Heartbroken from their loss to the Empire in the CDL Chicago Grand Final, Atlanta FaZe got an instant chance at redemption by making it all the way to the final match of the Florida Home Series.

As arguably the strongest team in the CDL, they came up against a suddenly-rejuvenated OpTic Gaming LA squad, who were in the midst of their best tournament of the season, by far.

The series was the definition of back-and-forth, especially the wild game two Search & Destroy, but FaZe eventually asserted their dominance to win the series 3-1 and claim their second Home Series championship of the season.

Having potentially lost the mantle of “best CDL team” to the Empire following CDL Chicago, at least in some fans’ eyes, this victory could be what it takes to push Atlanta back on top.

The 50 CDL Points they earned certainly help, as they now sit atop the 2020 season standings. OpTic Gaming doubled their season total with a 30-point haul for their second-place efforts, while the top-four was rounded off by the New York Subliners and Toronto Ultra, who earned 20 points apiece.

The Grand Final kicked off on Azhir Cave Hardpoint, a map on which Simp set the HP kill-record the last two times FaZe have played it. However, OGLA were able to handle him and the rest of his Atlanta teammates on their way to a 250-232 victory.

Things got a bit nervewracking at the end, as FaZe made a massive comeback to put the pressure on, but cool and composed, OpTic were able to quell the rally and take the 1-0 series lead.

What a start from @OpTicGaming LA, they secure the 250-232 opening Hardpoint over @ATLFaZe!

One of the most entertaining games of Search and Destroy of this weekend, and maybe the whole season, came on Arklov Peak in map two of the Grand Final. The back-and-forth nailbiter started with a clutch 1v2 from SlasheR to force round 11, a perfect example at the high level he played at for most of CDL Florida

However, his FaZe counterpart, Cellium, said “what you can do, I can do better,” and pulled off his own 1v2, with a bomb defuse to boot, winning the map 6-5 and tying the series up at one game apiece.

Next up, Hackney Yard Domination.

Things calmed down and stuck to the script more in the Hackney Yard Domination, as Atlanta showed just why that’s one of their favorite map-mode combinations with a convincing 170-149 victory, which gave them an all-important 2-1 lead in the series.

This one-sided result, combined with the wild S&D win, handed FaZe all the momentum going into St. Petrograd Hardpoint, another one of those map-mode combos that they rarely ever lose.

The @ATLFaZe build off the S&D with a 20+ point Domination win, it’s now a 2-1 series advantage against @OpTicGaming LA in the finals.

St. Petro Hardpoint would end up being the final game of the CDL Florida Grand Final, as Atlanta flexed their respawn prowess, especially on that map, to clinch the 250-232 win.

OpTic did make it interesting towards the end, however, expertly holding off FaZe in the final hills, but their last rotation ended up being just a bit too early, giving their opponents a chance to sneak the final two seconds they needed for the victory. 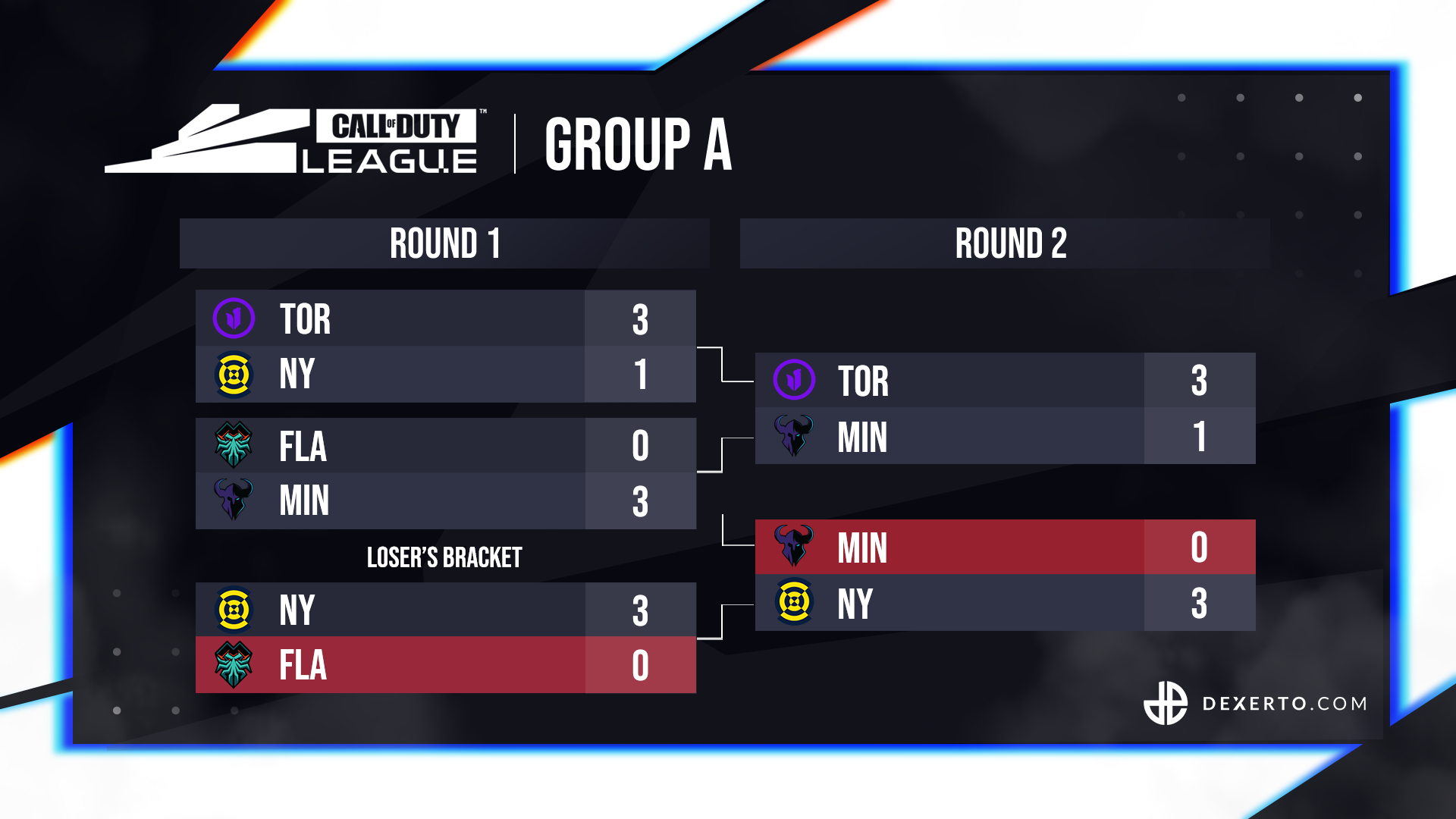 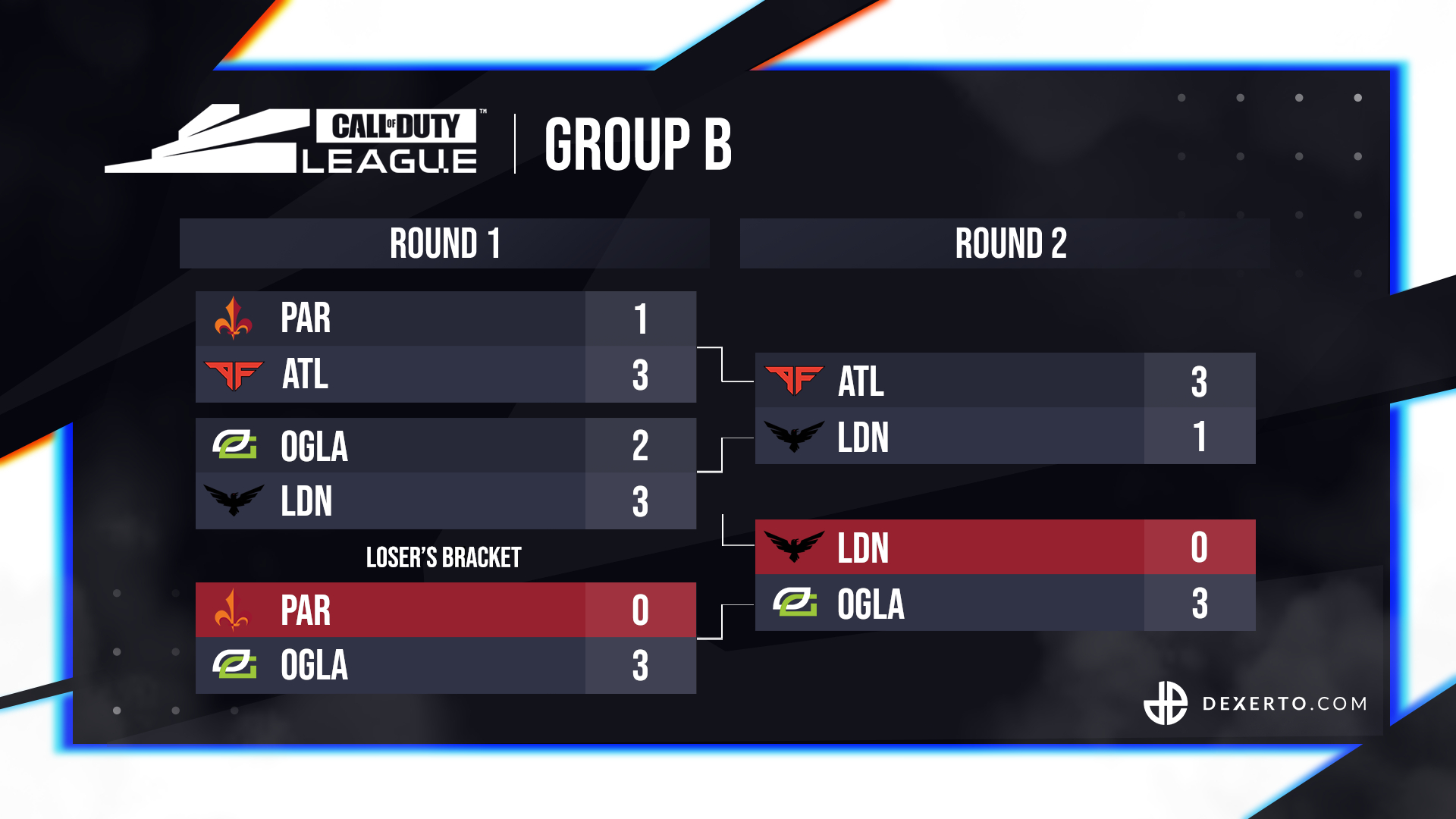 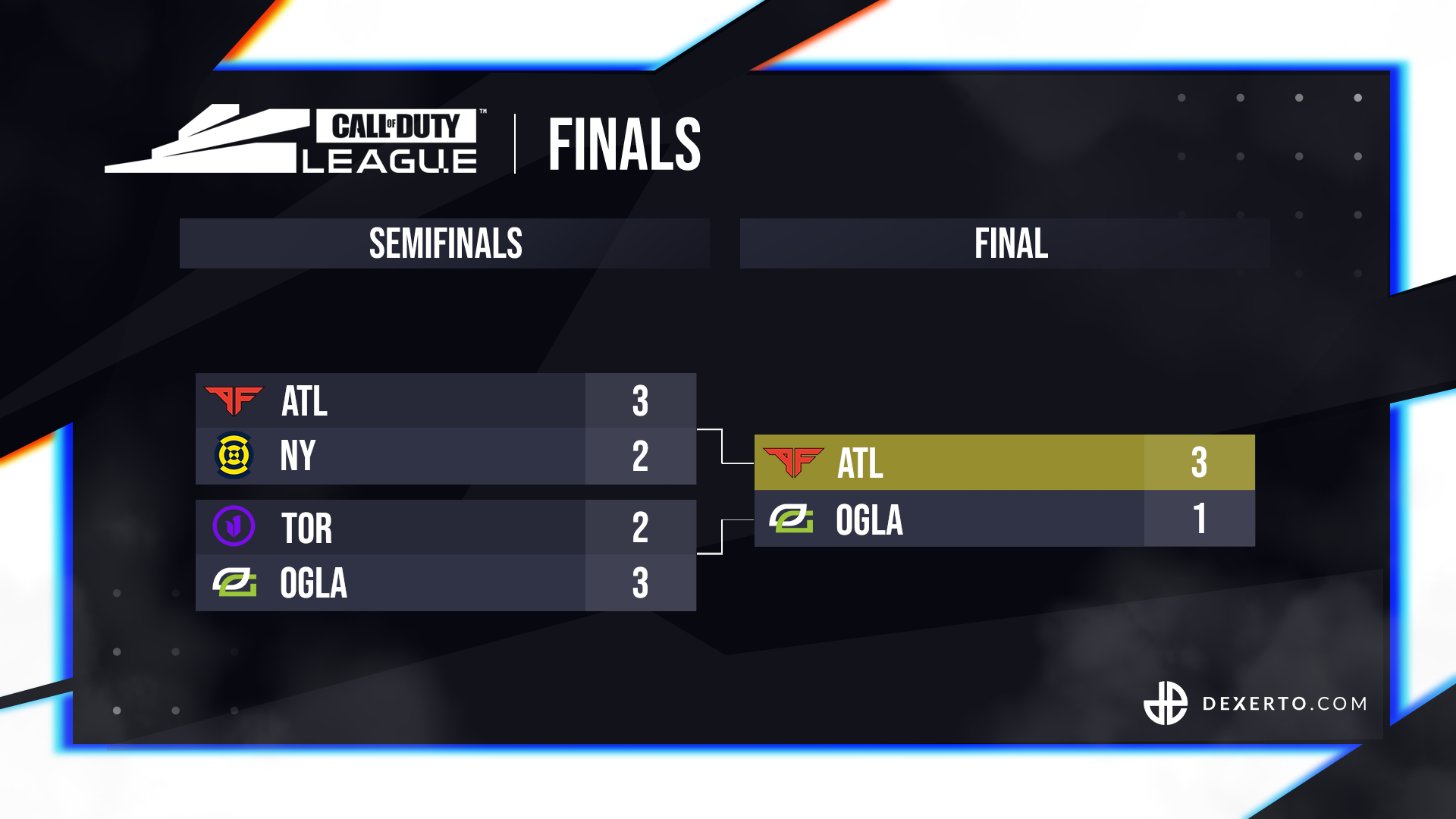 Friday, May 8 – Day one recap & highlights

Related – The Upset That Created One of CoD’s Greatest Dynasties:

With the Florida Home Series now wrapped up, the league’s attention will turn to the Seattle event, taking place on May 22-24.

As per usual, only eight of the 12 CDL teams will be competing in the tournament: Chicago Huntsmen, London Royal Ravens, Los Angeles Guerrillas, Minnesota ROKKR, OpTic Gaming Los Angeles, Paris Legion, and the hosts, Seattle Surge.

For more details, make sure to check out our Call of Duty League 2020 season hub, which includes the updated CDL standings, full event schedule, and more.