Call of Duty World League team packs have been released in CoD: WWII and are now available for purchase on the PlayStation 4 and Xbox One consoles.

The packs are sold individually at 500 CoD Points apiece and can be found under ‘CWL Packs’ when approaching the Quartermaster in the Headquarters section of Multiplayer.

Each CWL team pack contains a calling card, weapon camo, emblem, helmet, and charm, all themed after the specific team for which the pack is purchased. 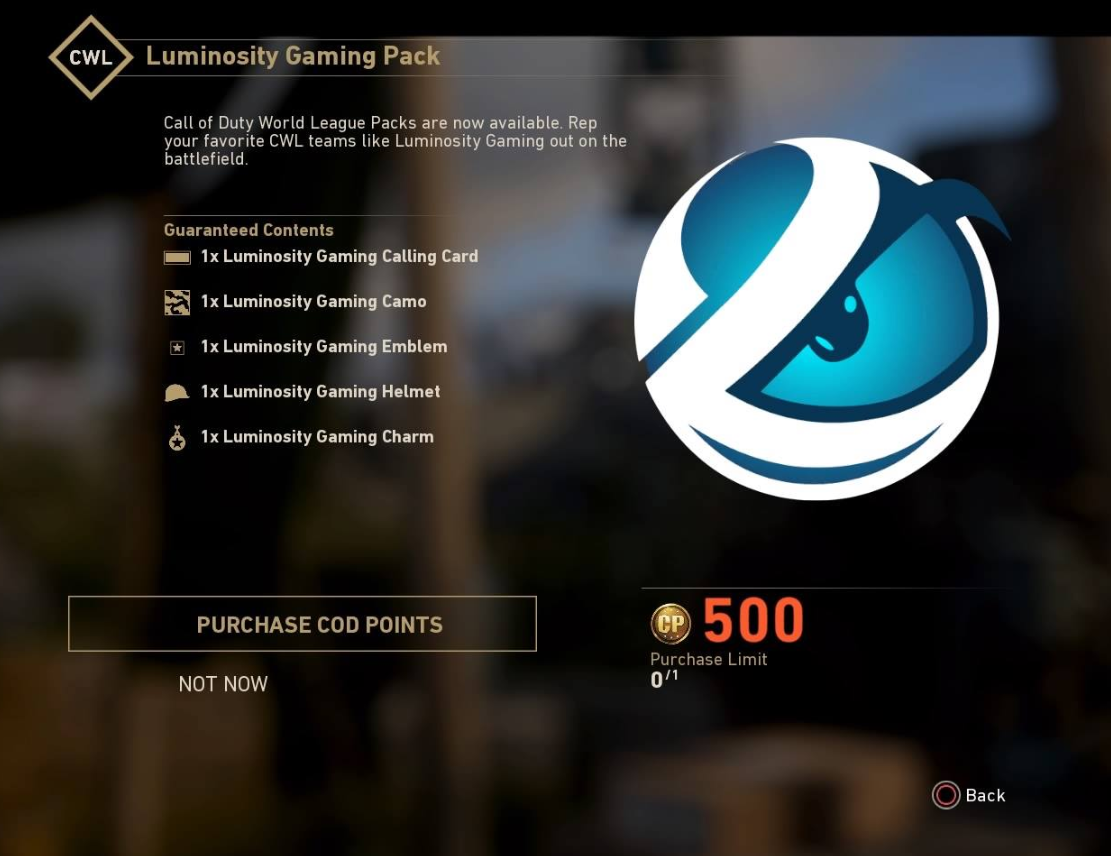 There is an additional pack that is available and it contains items themed after the CWL brand itself. 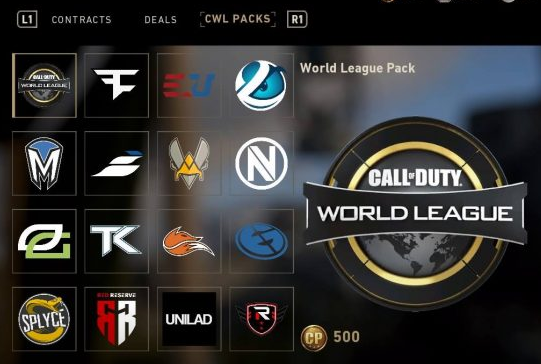 Notably missing from the team options available are compLexity Gaming and Tainted Minds. The fact that among the teams included are Vitality, who are no longer in the Pro League, could mean that these team packs were initially intended to be released earlier in the year.

Represent your favorite @CODWorldLeague squad with the CWL Team Packs, now available in #CODWWII for PS4 and Xbox One. pic.twitter.com/C6T3a2hZfX

This announcement comes days after numerous CWL themed weapon camos began appearing in the game, but it would appear that they had been added early by mistake since they could only be seen on the weapons held by Bots in private matches.

While it initially seemed that they were not going to go through with the project, developer Sledgehammer and publisher Activision have decided to add the team packs to the game after all, making WWII the third consecutive CoD title to include esports team cosmetic items.

Images of each of the team weapon camos in-game can be viewed here.