Dying in a multiplayer game will always be a little frustrating no matter what, but this particular streamer was fed up and took his anger out in an extreme way.

With the Call of Duty community anxiously awaiting the full release, professional players and streamers alike have been returning to previous titles to hold them over.

One unfortunate streamer on Twitch couldn’t quite handle the frustration of repeatedly being gunned down in Treyarch’s Black Ops 4.

In a September 25 stream, an already agitated ‘ToxicJaryo’ was shot in the back seemingly out of nowhere, and from this elimination, his anger reached a breaking point.

“Dude, come on” he yells before slamming his desk and repeatedly punching one of his monitors in a display of pure frustration.

As though punching his screen wasn’t enough, he continues to vent, claiming that the game is “f*cking ridiculous,” before picking up the monitor and forcefully slamming it down into his desk.

Despite the explosive outrage, these hefty blows didn’t even mark the end of the stream for the ironically named gamer. Cooler heads prevailed after the lopsided sparring session and ‘ToxicJaryo’ went on to stream for another few hours with no further bursts of anger, at least not to this extent.

The Modern Warfare beta was recently open to the general public across all platforms from September 19 through to September 23 and was met with a great deal of praise. With the Call of Duty scene booming of late, many current and former pro players have been rallying together for throwback tournaments to fill the void between the beta and the full release of Modern Warfare.

The full game will be hitting store shelves and digital marketplaces on October 25 across PlayStation 4, Xbox One, and PC. 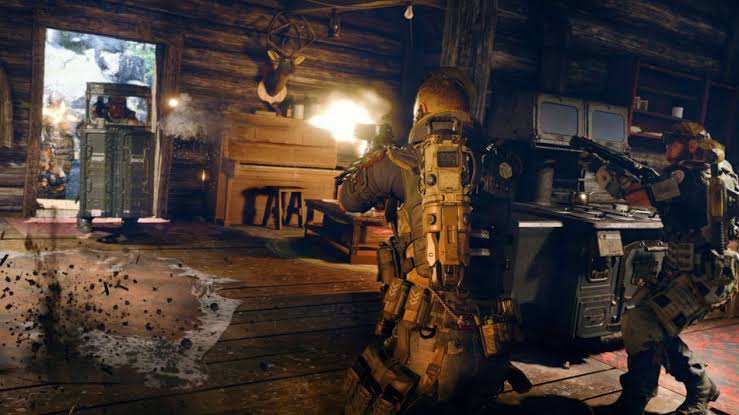 Will you be grinding Black Ops 4 to stay warm before the release of Modern Warfare?
[ad name=”article5″]

Many popular streamers have arguably endured much harsher luck lately throughout the Modern Warfare beta. From the game crashing one kill away from a nuke, to a new killstreak not quite living up to expectations.

Evidently, there are much better ways to keep level-headed in aggravating moments like these but this poor streamer definitely isn’t the first and won’t be the last to go about smashing equipment.