The Call of Duty League has announced that the Minnesota Home Series has been postponed from its original start date to the weekend of June 12-14.

To say that the Call of Duty League’s inaugural season has been tumultuous and full of unforeseen obstacles would probably be a strong understatement.

After restructuring the 2020 campaign in March to make all of the remaining events online, the CDL decided to postpone the Minnesota Home Series in light of the protests that are going on in the United States and abroad.

The news broke on June 3, as the league posted this message on Twitter: “In light of recent and current events, this weekend’s Call of Duty League Minnesota Røkkr Home Series will be postponed one week to June 12-14. We will share more details soon, including how the Call of Duty League family plans to pay tribute to George Floyd and dedicate this Home Series to supporting the fight for social justice and the rights of black and minority communities, as well as organizations assisting with rebuilding efforts both in Minneapolis and nationwide.”

After initially being scheduled to take place from June 5-7, the tournament will be held the following weekend, starting on Friday, June 12 until Sunday, June 14. 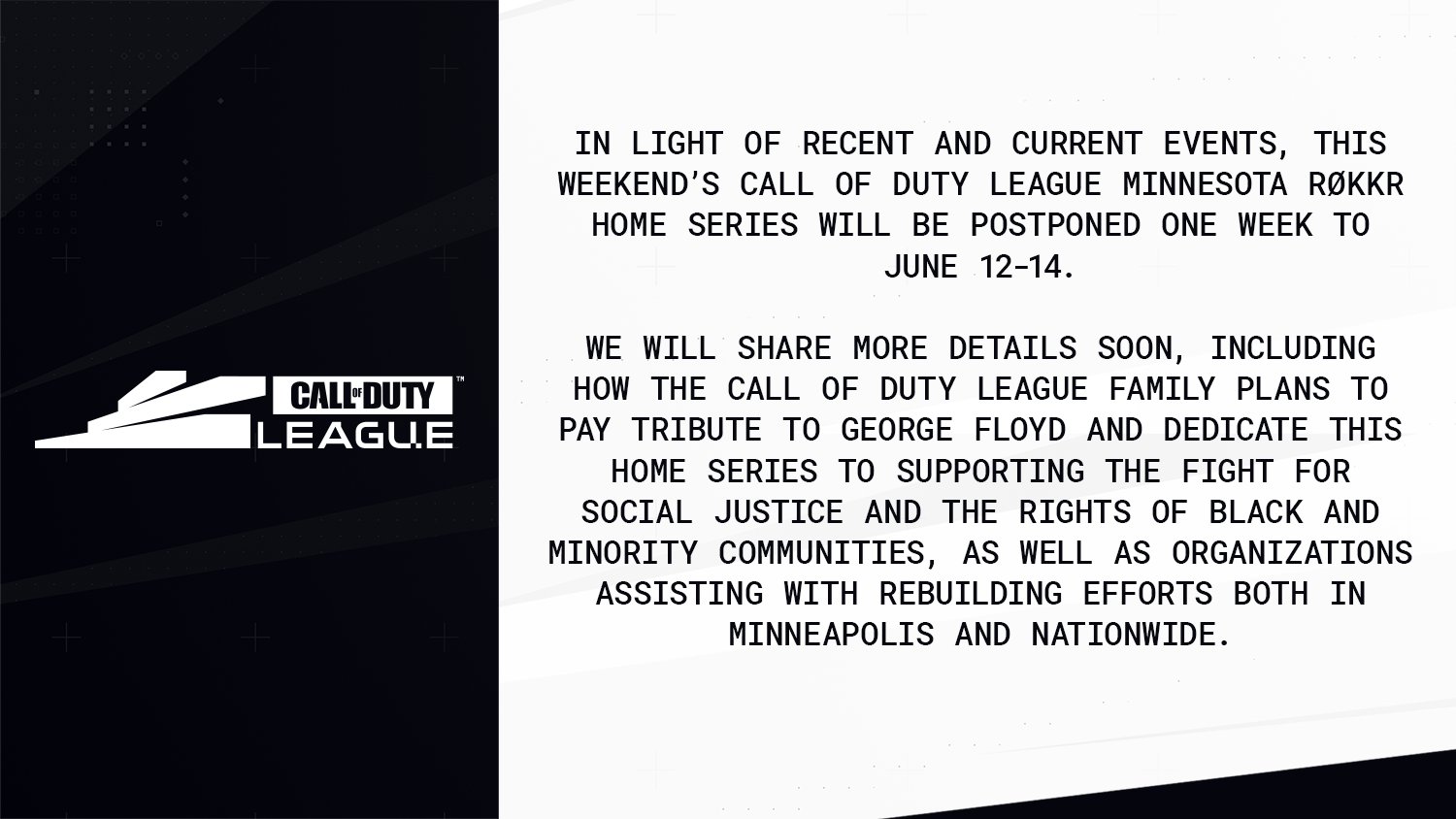 There’s been a lot of anticipation leading up to the Minnesota Home Series, as it will offer fans a rare chance to see the undisputed top three teams in the league – Atlanta FaZe, Dallas Empire, and Chicago Huntsmen – all competing at a single event.

What’s more, the next two teams in the current standings – hosts ROKKR and Florida Mutineers – will also be participating, along with the much-improved squads of New York Subliners and Toronto Ultra.

Fortunately, the tournament’s simply been postponed and not canceled, so viewers will still be able to watch these powerhouse franchises to battle in what will be one of the more stacked events so far this season. The CDL’s top three teams – Atlanta FaZe, Dallas Empire, and Chicago Huntsmen – will all be competing at the Minnesota Home Series.

This news comes after Activision decided to also delay the launch of Modern Warfare Season 4 and Call of Duty: Mobile Season 7, both of which were scheduled to release during the week of June 1.

While no new date has been announced for either, the speculation is that they’ve both been postponed by a week and will be releasing sometime between June 9-10.